As I mentioned in a previous post, what I love about the National Parks On The Air program is that it combines two of my favorite things: national parks and ham radio. My family visits national parks regularly, so it’s easy for me to pack a small radio, do a quick NPOTA activation all while incorporating non-radio activities that the family loves. 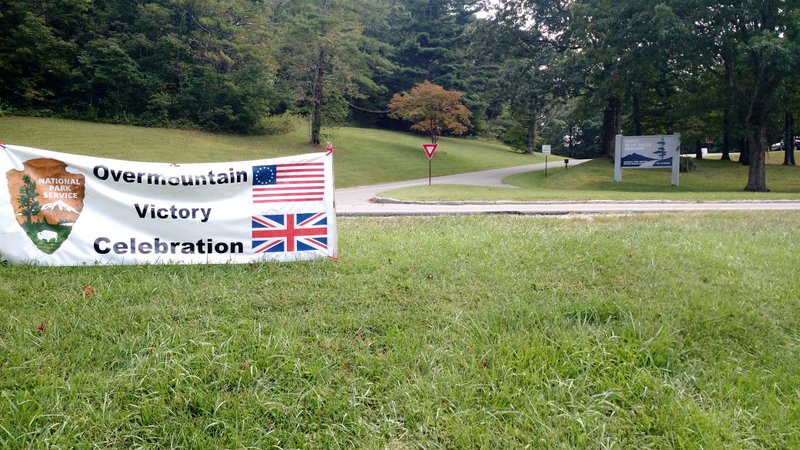 Normally, I would set up my station somewhere close to the Museum of North Carolina Minerals which is situated at the junction of these two National Park entities. Saturday, however, was a special event at the museum: a Revolutionary War Encampment.

The Museum is located at Gillespie Gap, an important stop for Revolutionary War fighters on their way to the Battle of Kings Mountain. Each September the Museum hosts an encampment of re-enactors who assume the role of the Overmountain Men, primarily Scots-Irish settlers from Eastern Tennessee and Western North Carolina who came “over the mountains” and ultimately defeated the left wing of Cornwallis’ army at Kings Mountain, South Carolina. Many historians mark this victory as the turning point in the Southern Campaign of the Revolutionary War. 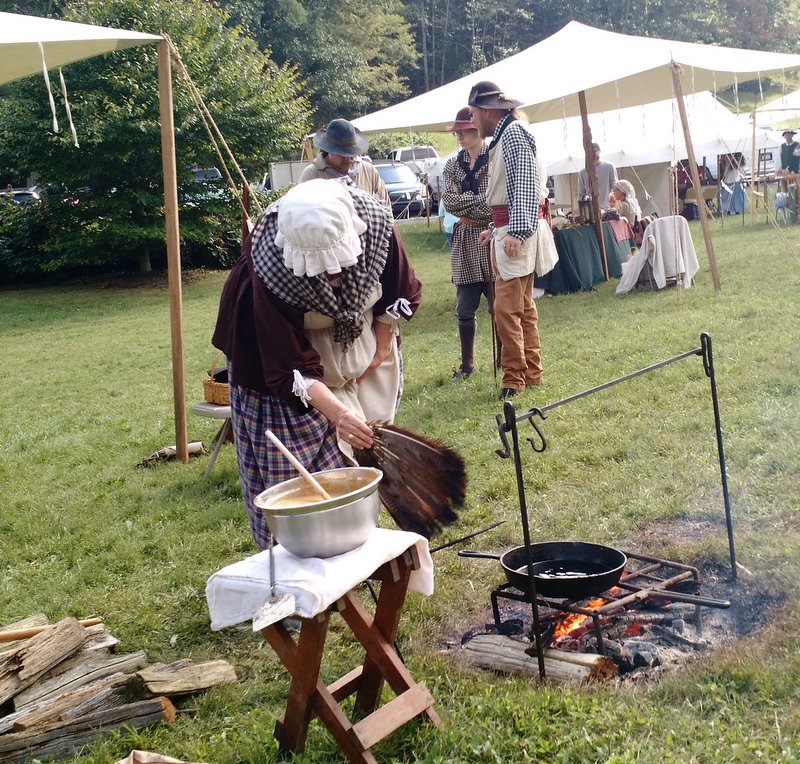 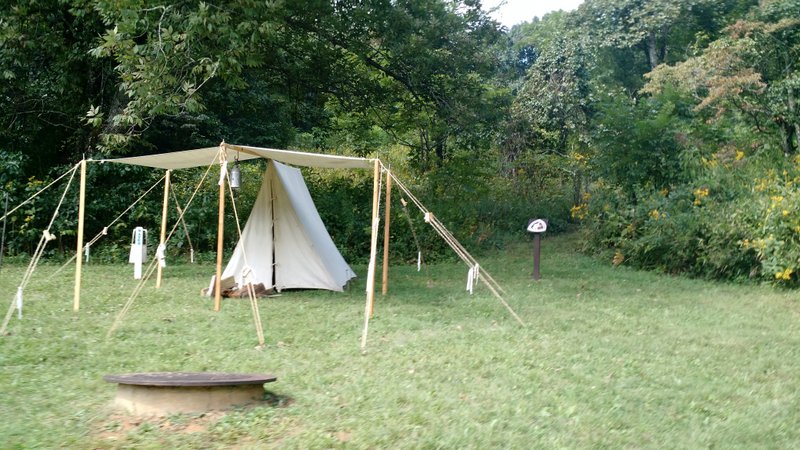 The Park Ranger kindly gave me permission to do the NPOTA activation, but not at the museum itself.  She was trying to keep the site set in the Revolutionary War period–a ham radio operator using a portable transceiver doesn’t exactly fit that description. Instead, around 15:30 UTC, I hiked up the Overmountain Victory Trail in search of an operation site near the Blue Ridge Parkway road. 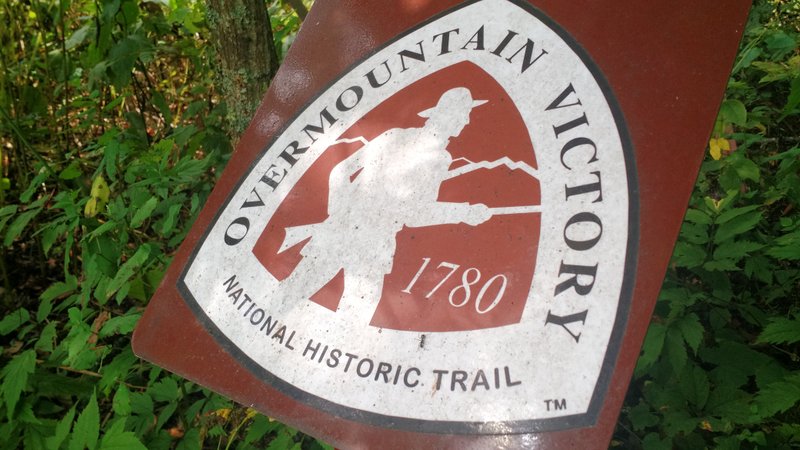 The trailhead was a little rough and overgrown. I didn’t have to trail-blaze, but I did have to wade through a lot of weeds with my gear and my canine companion, Hazel, on leash. It’s times like this I truly appreciate such a compact, lightweight, and packable station.

Once we entered the woods, though, the trail improved. I found a fantastic spot to operate between the museum and the parkway. 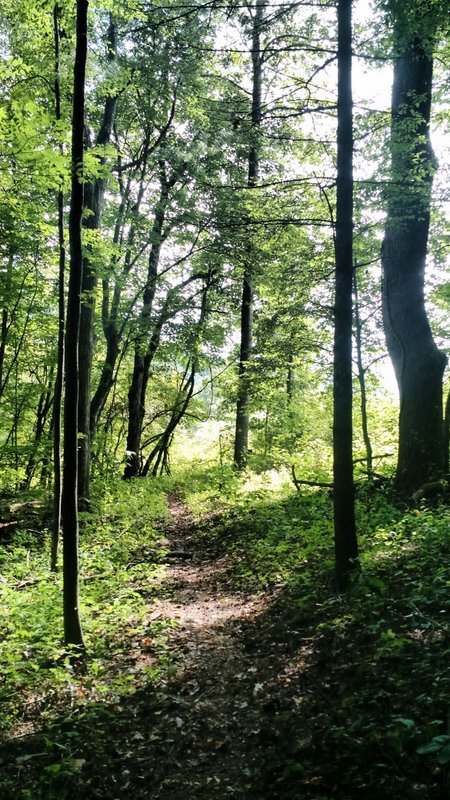 Hazel the dog is a welcome companion does a wonderful job keeping my site free of black bears. She’s patient, too. I typically tie her leash to a small stake or tree next to me and she promptly takes a nap. Here she is admiring my new REI Camping Stool: 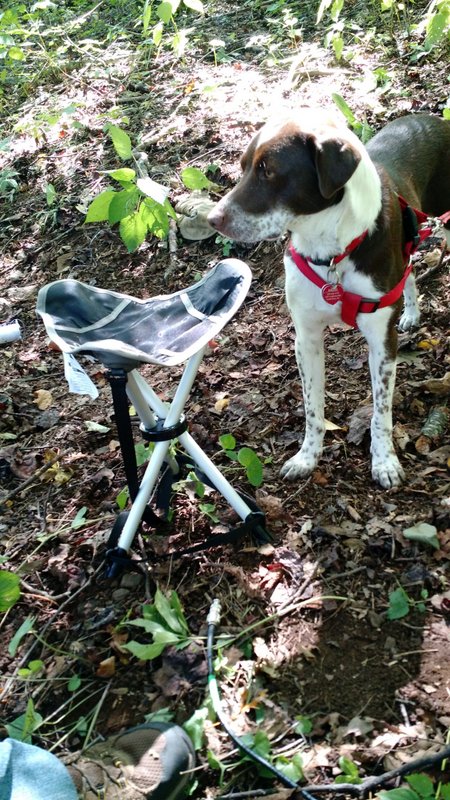 Setup was quick. I managed to raise the EFT Trail-Friendly antenna in record time. I connected the antenna to the Elecraft KX2 and was on the air, calling CQ on 20 meters in a matter of minutes. 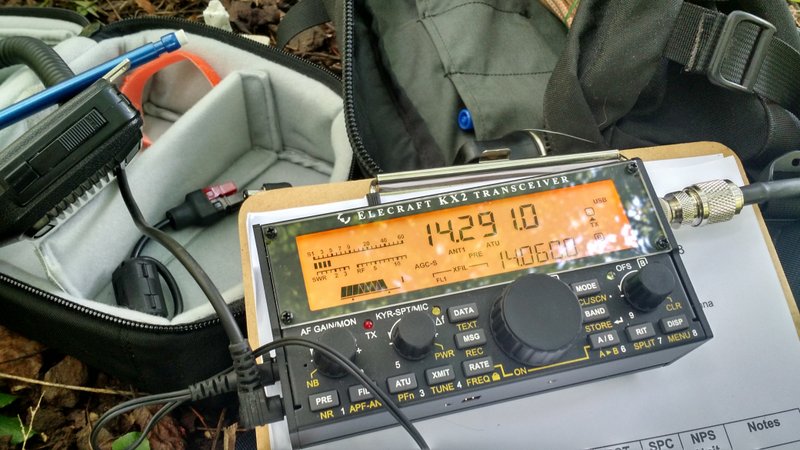 In the space of 15-20 minutes, I only managed to work a few stations on the 20 meter band even though I had been spotted several times on the DX Cluster. 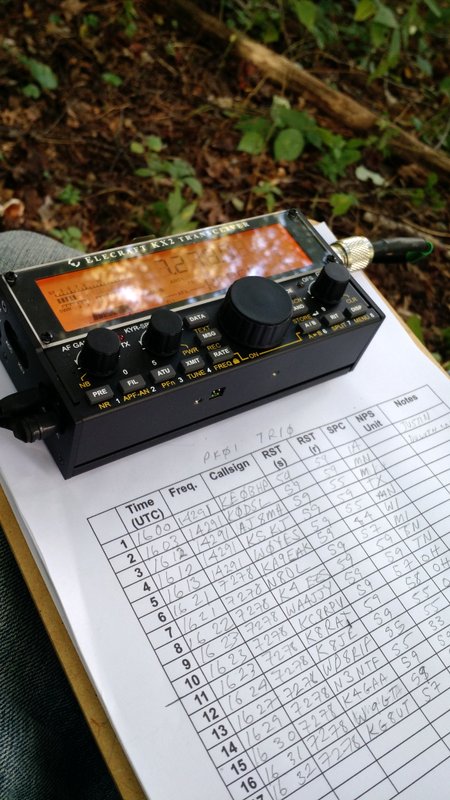 I moved to the 40 meter band and logged contacts quickly, however.

Hazel, as I mentioned, is a great companion that’s sweet to everyone she meets. She’s happy to hang with me even if I’m just sitting there operating radio for an hour. She’s quiet and doesn’t bark unless she notices a true disturbance.

Still, Hazel does get bored. After I had logged about 20 stations, I heard her gnawing on something. I turned around and discovered that she found the reel of fishing line I use to hang my antennas. 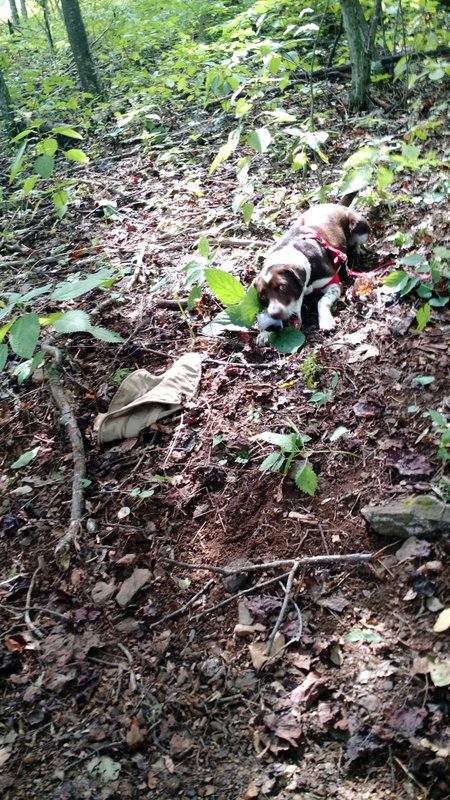 She didn’t even look apologetic or guilty! Oh well…fishing line is pretty cheap to replace and I’m sure she assumed it was a chew toy I had placed there for her.

All in all, it was a very successful activation. In less than one hour, I put 22 stations in the log. The weather was perfect and the whole family had a blast.

What a wonderful day to play radio, take in our national parks and re-live some of our history!