Many thanks to Bill (AA0RQ) who writes: 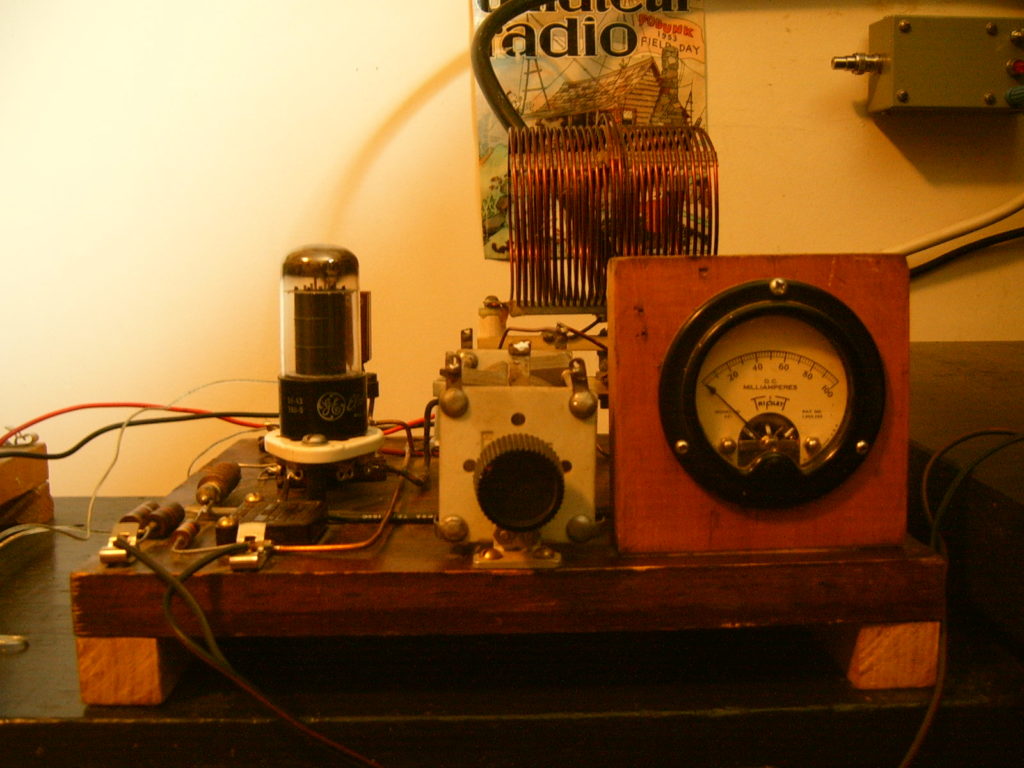 Often after running the beacon I plug the beacon crystal into the little 6L6 single tube transmitter.

Been having a number of QSOs with the bread boarded radio…

Below is the 40 meter 6L6 transmitter: 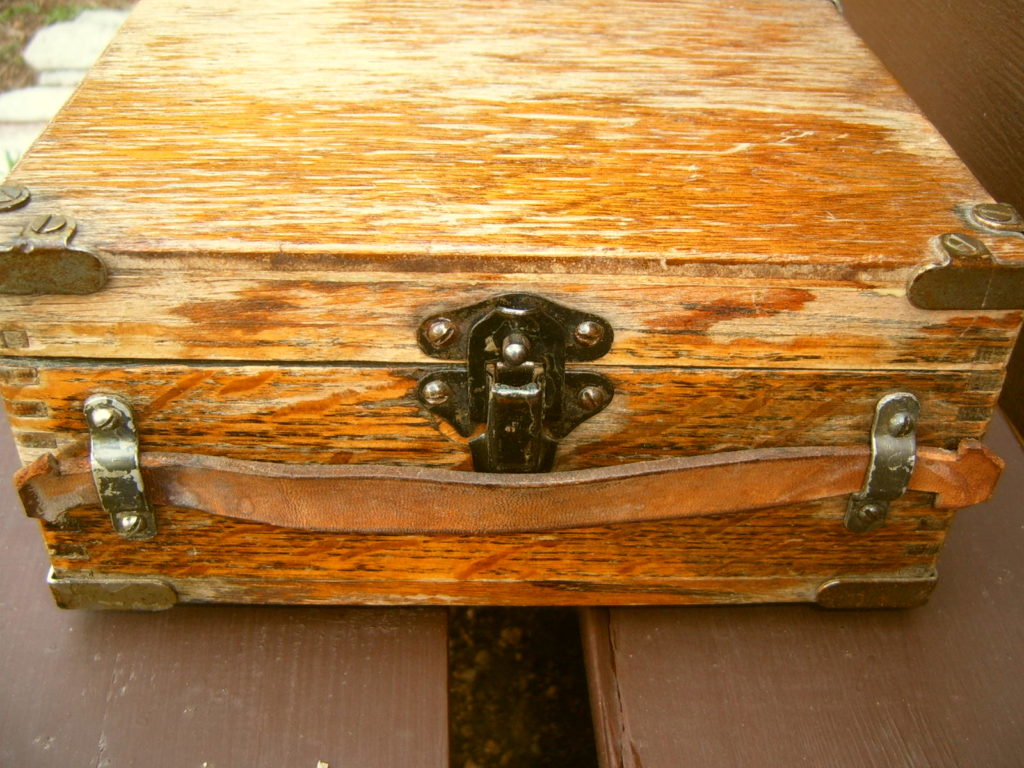 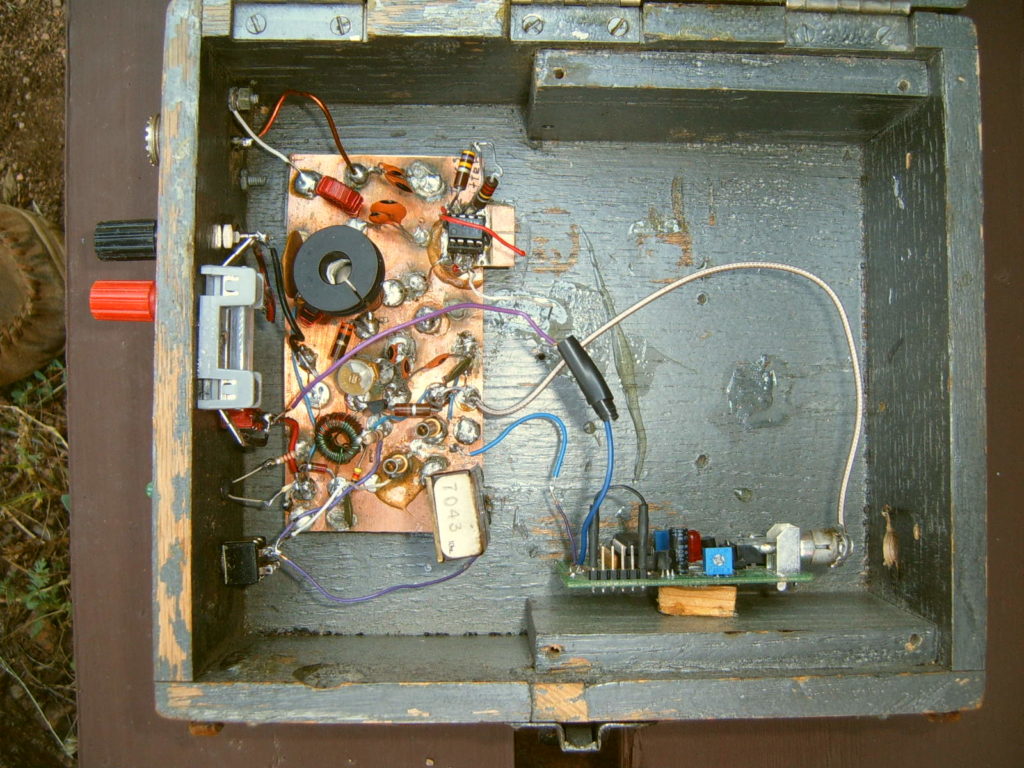 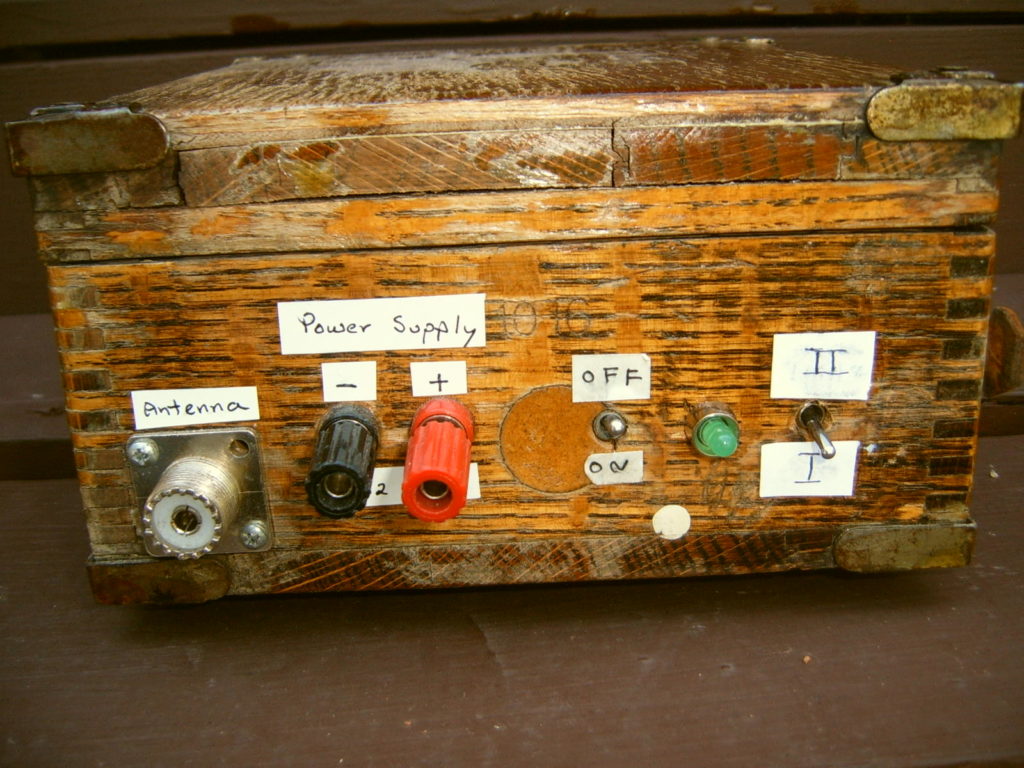 Thanks for sharing, Bill–I love the wooden box enclosure as it reminds me of early 1900s wooden box homebrew radios.

Many thanks to Pete (WB9FLW) who shares the following:

Farhan VU2ESE Does It Again!

Homebrewers have traditionally avoided making multiband transceivers as they can get extremely complex and difficult to make. There have been some remarkable successes in the past, the CDG2000 (designed by Colin Horrabin G3SBI, Dave Roberts G8KBB and George Fare G3OGQ)is one such design. The SDR route as followed by several designs offer some simplification at the cost of bringing digital signal processing and a PC into the signal path.

On the other hand, many of the homebrewers do need a general coverage transceiver on the bench as well as as a base transceiver for bands beyond the HF. I ended up buying an FT-817ND that has been a reliable old warhorse for years. Two years ago, I attempted a high performance, multi-band architecture with the Minima transceiver. The KISS mixer of the Minima, though a very respectable receiver front-end, had serious leakage of the local oscillator that led that design to be abandoned as a full transceiver. Over months, I have realized that the need for a general coverage HF transceiver was wide-spread among the homebrewers. Most of us end up buying one.

While achieving a competition grade performance from a multiband homebrew is a complex task as evidenced by the works like that of HBR2000 by VE7CA, it is not at all difficult to achieve a more modest design goal with far lesser complexity. The uBITX shoots to fulfill such a need. It is a compact, single board design that covers the entire HF range with a few minor trade-offs. This rig has been in regular use on forty and twenty meters for a few months at VU2ESE. It satisfies for regular work, a few trips to the field as well.

A key challenge for multiband transceivers has been to realize a local oscillator system with such wide range. Silicon Labs has now produced a series of well performing oscillators that solve this challenge trivially : You connect the oscillator chip over a pair of I2C lines and it is done. The Si5351a is one such a part that provides 3 programmable oscillator outputs in a small 10 pin TSSOP package. We will exploit this chip to build the multiband transceiver.

Having exclusively used homebrew transceivers all the time, I get very confused whenever I need to use a commercial radio. There are too many switches, modes and knobs to twirl around. The uBITX use an Arduino to simplify the front panel while retaining all the functionality in a simple menu system that works with the tuning knob and a single â€˜function’ button. The rig supports two VFOs, RIT, calibration, CW semi break-in, meter indicator, etc. In future, more software can be added to implement keyer, SWR display, etc.

This is brilliant!  Thank you for sharing, Pete! 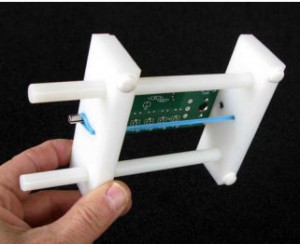 Thanks, Ken (WA4MNT), for bringing this very cool and simple project to our attention.

Check out some of Ken’s other projects at www.qrpbuilder.com.

Make Magazine’s blog recently featured the Das DereLicht–a QRP transmitter made almost entirely from the electronic components found in within a CFL Bulb. The transmitter, was designed by Michael J. Rainey (AA1TJ) who was inspired while changing a defective CFL bulb in his kitchen.

For some reason, I began to wonder if it would be possible to build a QRP CW transmitter using the electronic components salvaged from this derelict lamp.

Indeed, I’m pleased to report that a perfectly serviceable transmitter may be constructed! The only additional components required were the quartz crystal, and four of the five components needed for the output lowpass filter. The resulting transmitter produces up to 1.5 watts on 80m.

Michael, thanks for creating such a cool, simple, little QRP project. I’m ready to (carefully) tear into an old CFL bulb and give it a try!

I think this homebrew key by Laurent Dumas (F8BBL) is simply amazing. It’s portable, easy to make from spare parts lying about the house and can serve you well if you’re in a pinch. (Sorry, I just can’t use this pun enough).

Admittedly,  I think there would be some serious operator fatigue if you tried to use this key in a contest. But for emergencies–it certainly fits the bill!

If you can’t see the embedded video below, simply click this link.