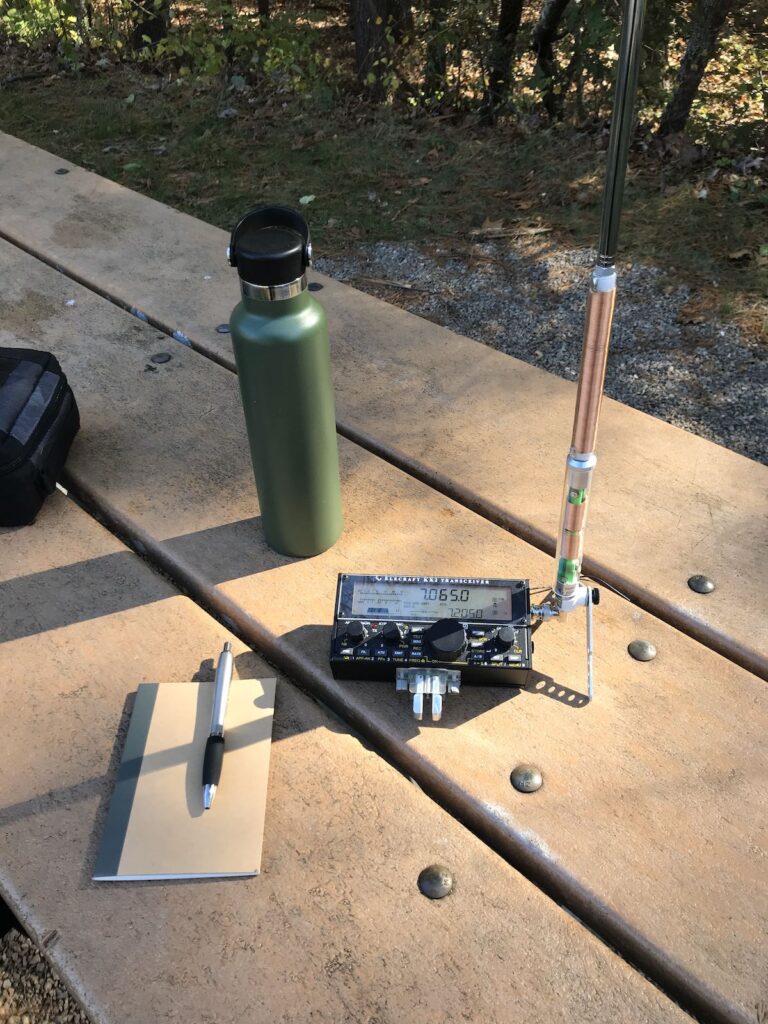 A few weeks ago, I posted a report about doing my first park activation with the Elecraft AX1 super compact antenna. If anything, I felt the activation almost went *too* well using such a small antenna. I didn’t want to give others the impression this is all the antenna you’ll ever need–it’s just a brilliant compact antenna designed for convenience and accessibility. It’s a fun field companion and can be used pretty much anywhere.

Yesterday morning, I had a number of errands to run on the south side of Asheville and had not planned to do a POTA activation. While I was waiting on a curbside delivery, however, I was admiring the nice weather and thinking that I might venture out later in the day to do a Parks On The Air (POTA) activation. Part of me knew, though, that if I returned home, I’d get involved with projects and never make it back out to the field. 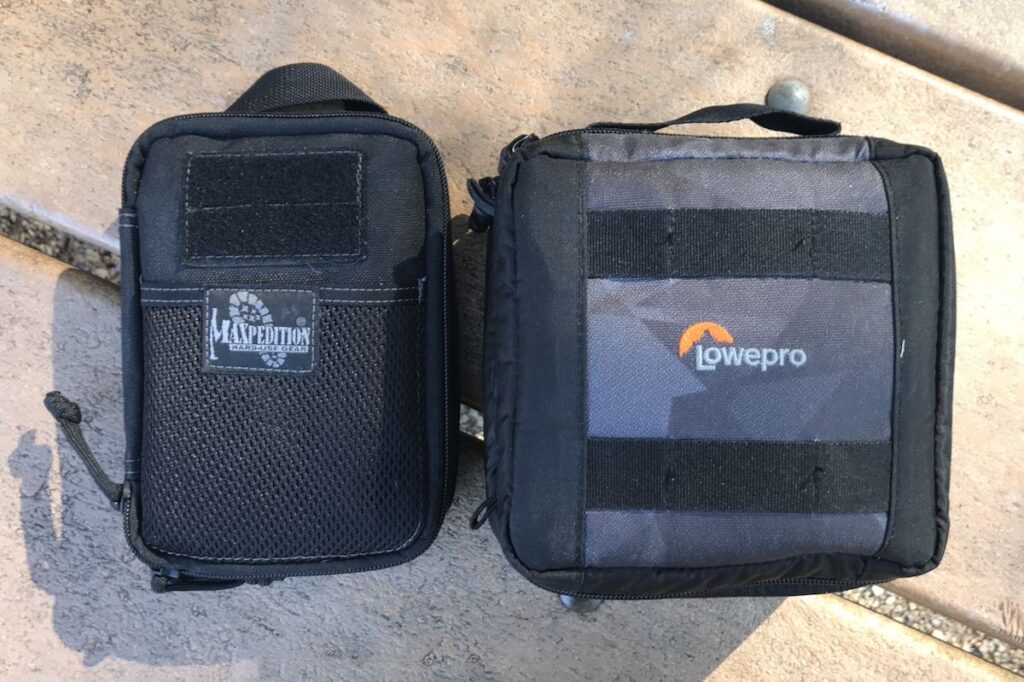 I always carry a transceiver and antenna in my car, so I opened the trunk and found my Elecraft KX2 transceiver field kit which included the Elecraft AX1 antenna. Technically, that’s a whole station! Why not give it a go–? I’m always up for a challenge. 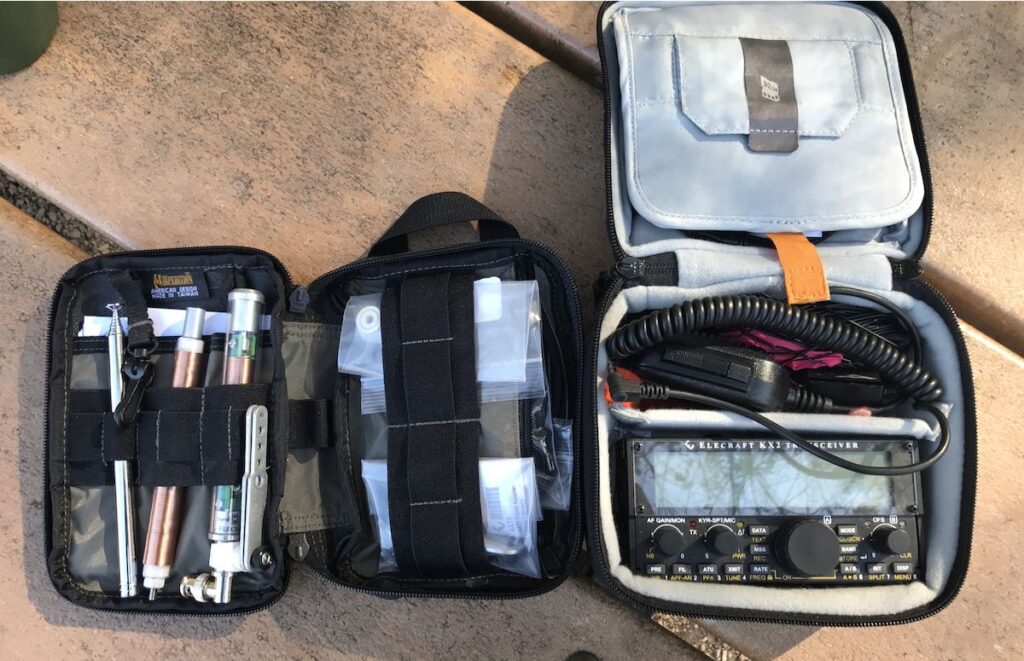 Since I would be passing by the Blue Ridge Parkway on the way home, I quickly scheduled an activation on the POTA website via my phone so that the spotting system would know to grab my information from the Reverse Beacon Network (RBN) when I started calling CQ.

I knew this might not be an “easy” activation: I would be using a super compact field antenna that’s quite a compromise in terms of performance, propagation wasn’t exactly stellar, and I was activating a popular (hence somewhat stagnant) park on a Monday morning. Not necessarily ideal ingredients for a successful activation.

I also discovered my phone tripod in the trunk of the car, so decided to make one of my real-time, real-life, no edit videos of the entire successful or failed activation. (Hint: It turned out to be a success.)

At the end of the day, the AX1 continues to impress me. It is a compromise? Yes. Does it perform as well as a resonant wire antenna? No. Can it activate a park as well as my other antennas? Yes.

No doubt, part of my success with the AX1 is because I’m primarily using CW instead of SSB to complete activations. I’ve made SSB contacts with the AX1, but I’ve never completed full park activations with it yet–in truth, though, I’ve never tried.

In fact, perhaps it’s just a lucky streak, but so far the AX1 has been as effective as many of my wire antennas in terms of simply completing valid park activations in less than an hour. My signal reports aren’t as strong as they would be with, say, my EFT-MTR resonant antenna or Emcomm III Portable random wire antenna, but it’s enough to get the job done.

If nothing else, I’ll admit that the AX1 reminds me of the magic of low-power radio each time I use it. When I log stations hundreds of miles away, with such a modest station, I feel like I’ve accomplished something. 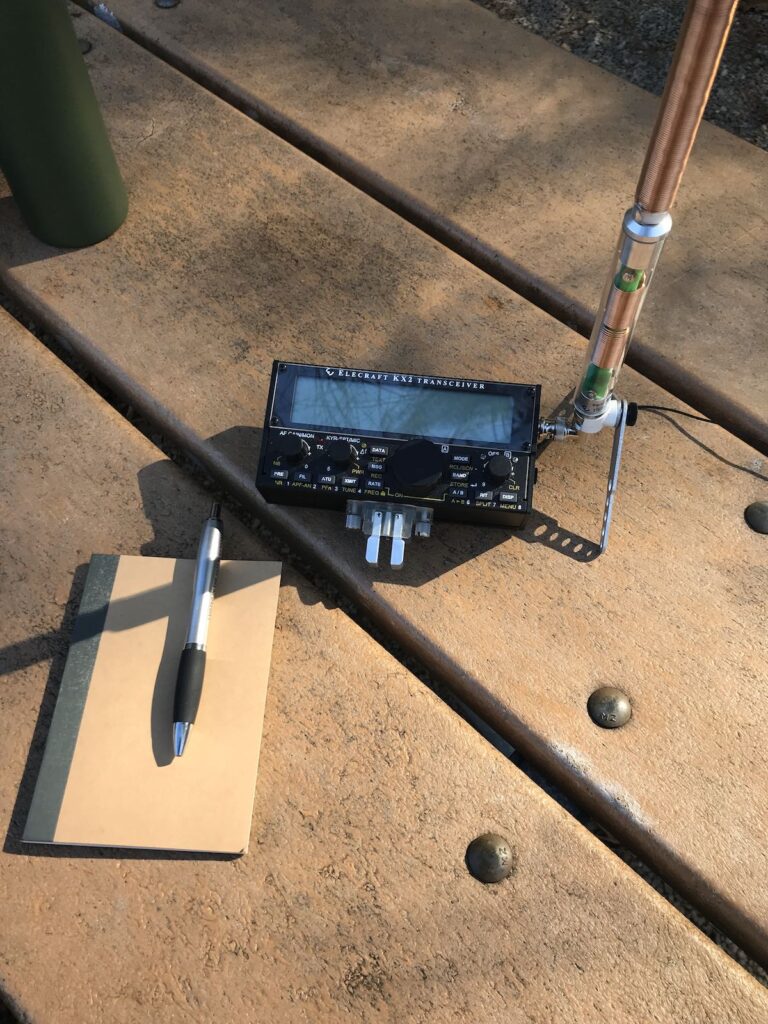 FYI: I just received Elecraft’s latest Black Friday 2020 ad and noticed that the AX1 antenna package (which doesn’t include the 40M extension) is on sale. Click here to check it out.