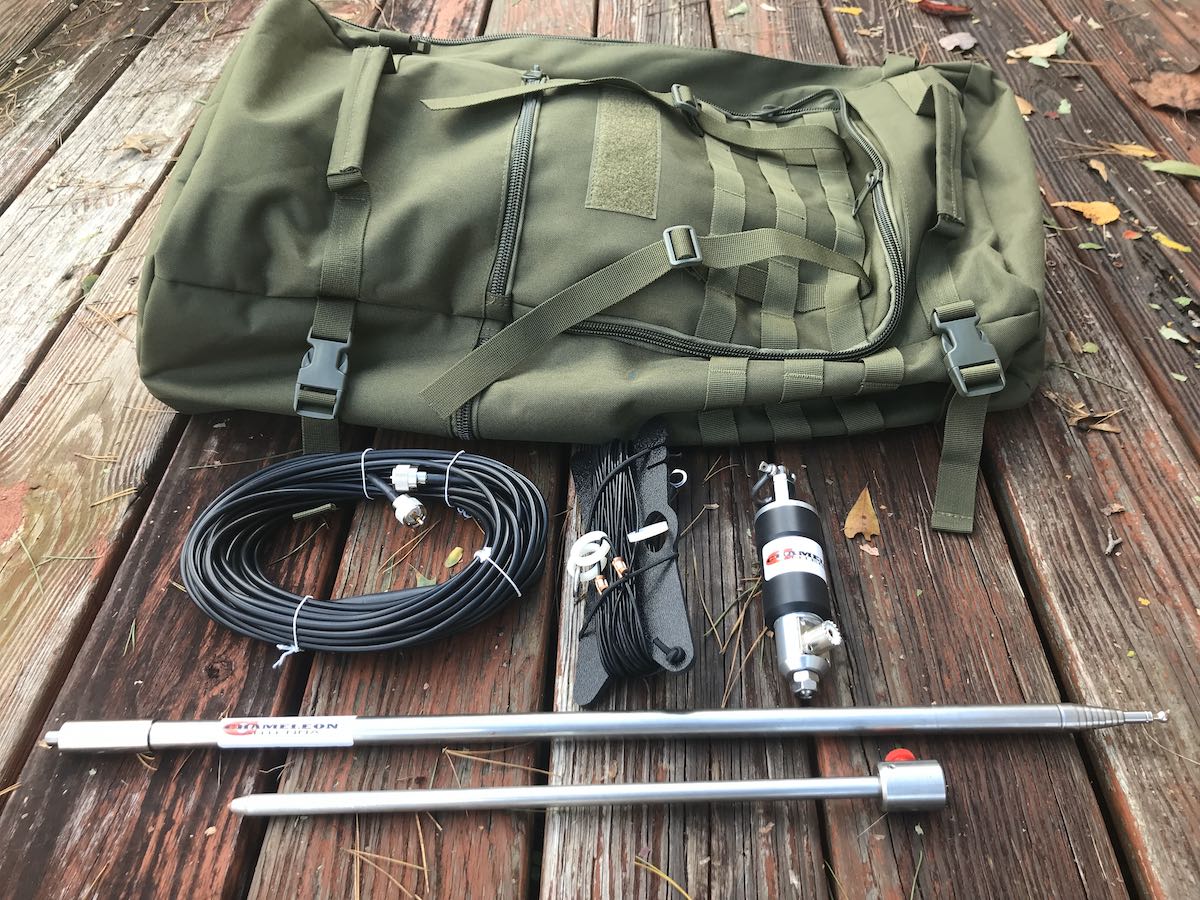 Chameleon Antenna recently sent me a prototype of their latest antenna: the CHA MPAS Lite.

The MPAS Lite is a compact version of their MPAS 2.0 modular antenna system and designed to be even more portable.

Chameleon Antenna is a specialist antenna manufacturer that makes military-grade, field portable antennas that are low-profile and stealthy. Chameleon products are 100% made in the USA and their customers range from amateur radio operators to the armed forces.

Their antennas are not cheap, but they are a prime example when we talk about “you pay for what you get.” In all of my years of evaluating radio products, I’ve never seen better quality field antennas–they’re absolutely top-shelf.

I’m currently in my hometown doing a little caregiving for my parents. I’d only planned to be here for a couple of days, but when I saw that the remnants of Hurricane Zeta would pass directly over us with tropical storm force winds and rain, I stuck around to help the folks out.

Zeta struck quite a blow, in fact. No injuries reported, but over 23,000 of us have been without power for over 34+ hours in Catawba county. With saturated grounds, the winds toppled a lot of trees and damaged power lines.

Yesterday, I wanted to take advantage of the power outage and get on the air. I couldn’t really do a POTA activation because I needed to manage things here at my parents’ house. Plus, why not profit from the grid being down and bathe in a noise-free RF space–?

I decided to set it up in their front yard.

I had never deployed the MPAS Lite before, so I did a quick scan through the owner’s manual. Although the MPAS Lite (like the MPAS 2.0) can be configured a number of ways, I deployed it as a simple vertical antenna. 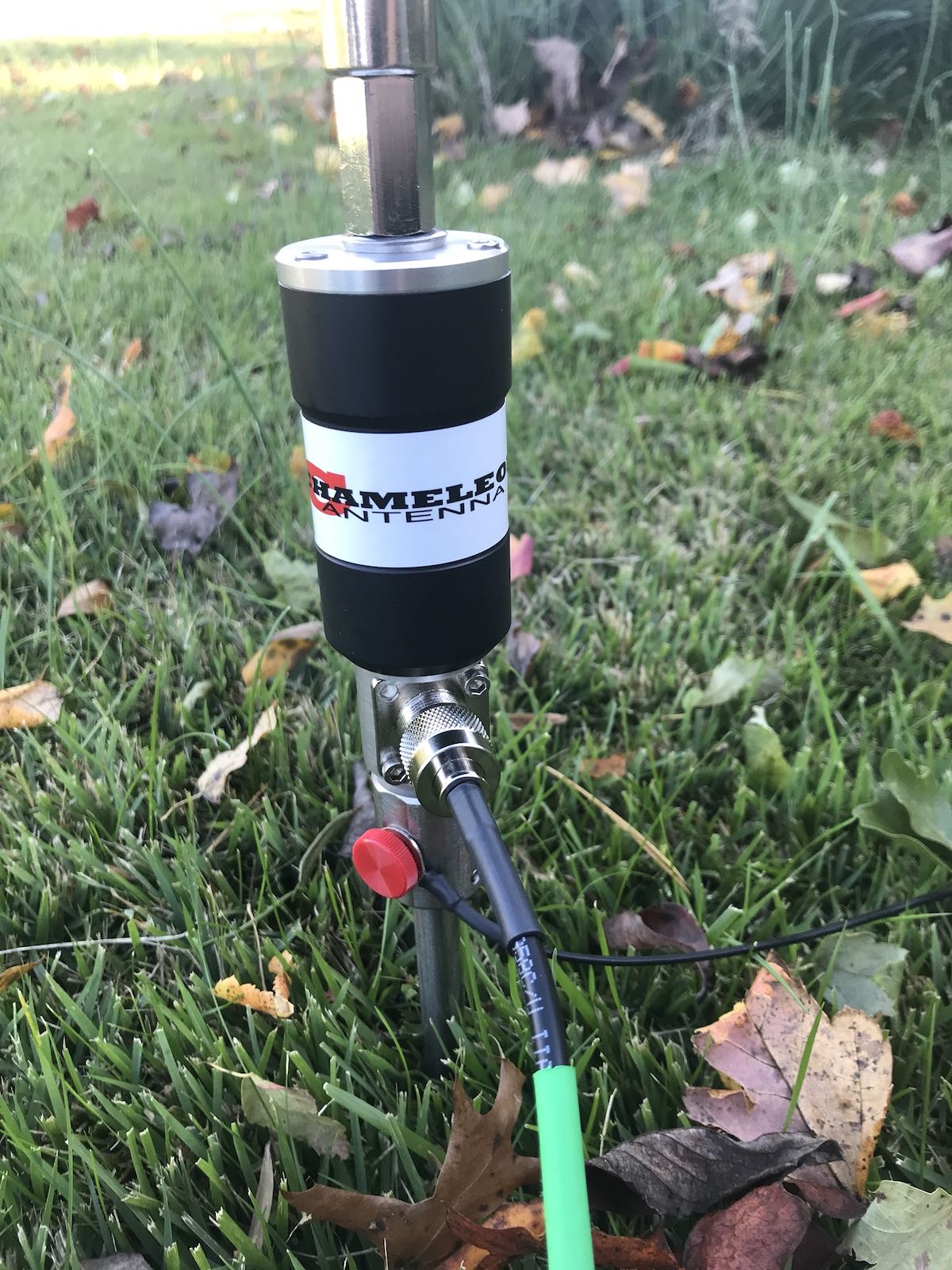 Although I had the Icom IC-705 packed, I wanted to keep things simple by using the Elecraft KX2 I’d also packed since it has a built-in ATU.

Important: the CHA MPAS Lite requires an ATU to get a good match across the bands. 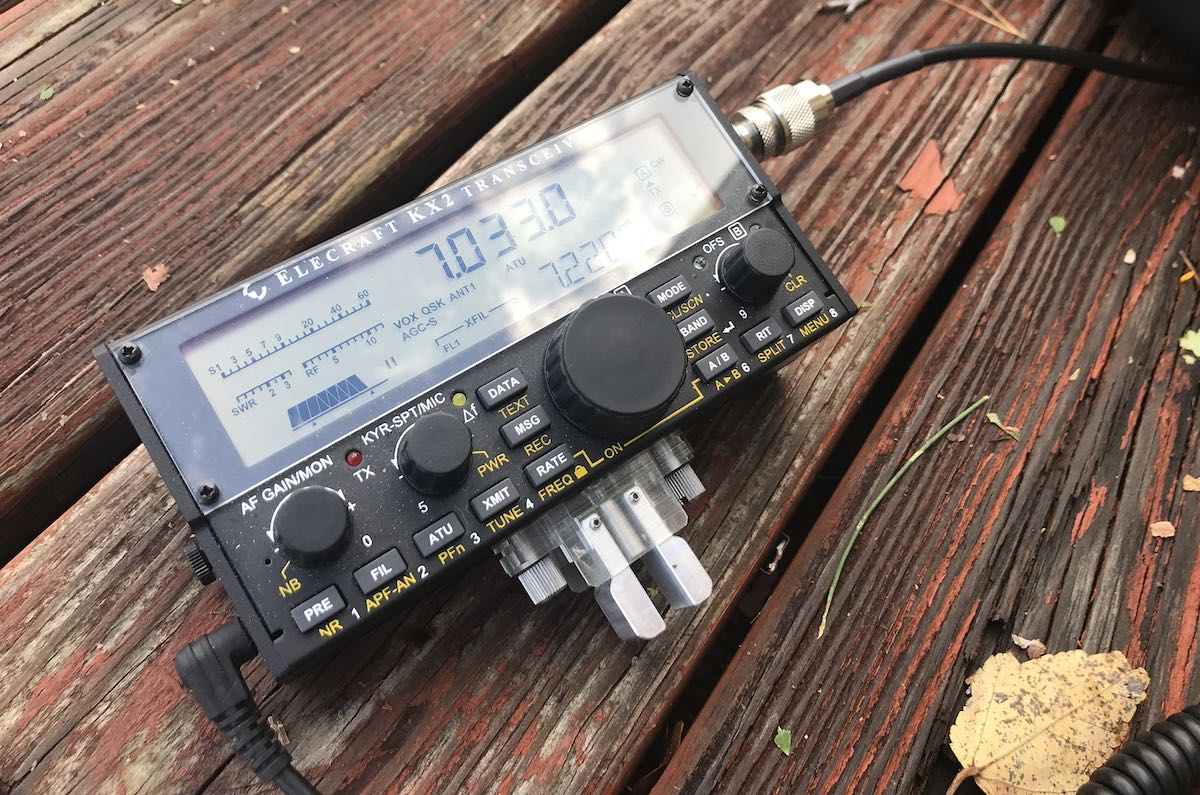 I wasn’t in the mood to ragchew yesterday, but I thought it might be fun to see how easily I could tune the MPAS Lite from 80 meters up.

I checked the Parks On The Air spots page and saw NK8O activating a park in Minnesota in CW: 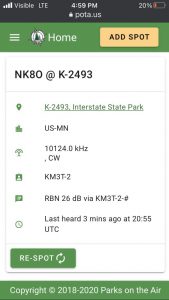 He was working a bit of a pile-up, but after three calls, he worked me and reported a 559 signal report. Not bad at 5 watts!

I then moved to 40, 18, and 20 meter and called CQ a couple times to see if the Reverse Beacon Network (RBN) could spot me. I like using the RBN to give me a “quick and dirty” signal report. I was very pleased with the bands I tested: 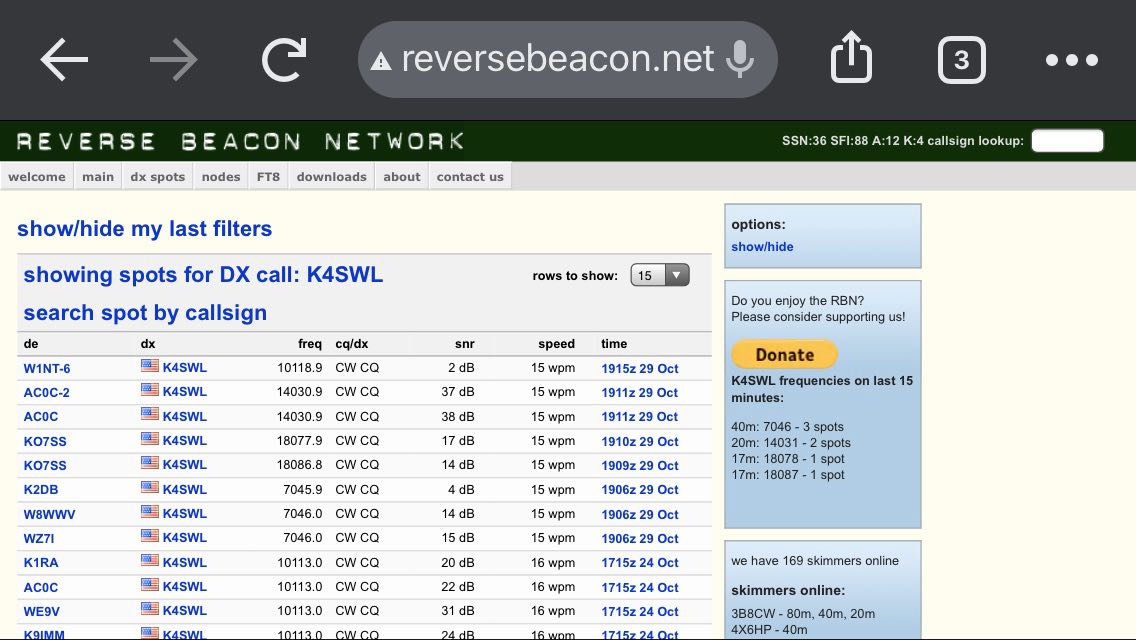 Those dB numbers are quite good for an op running 5 watts into a vertical compromised antenna.

The KX2 very effortlessly got near 1:1 matches on every band I tested. 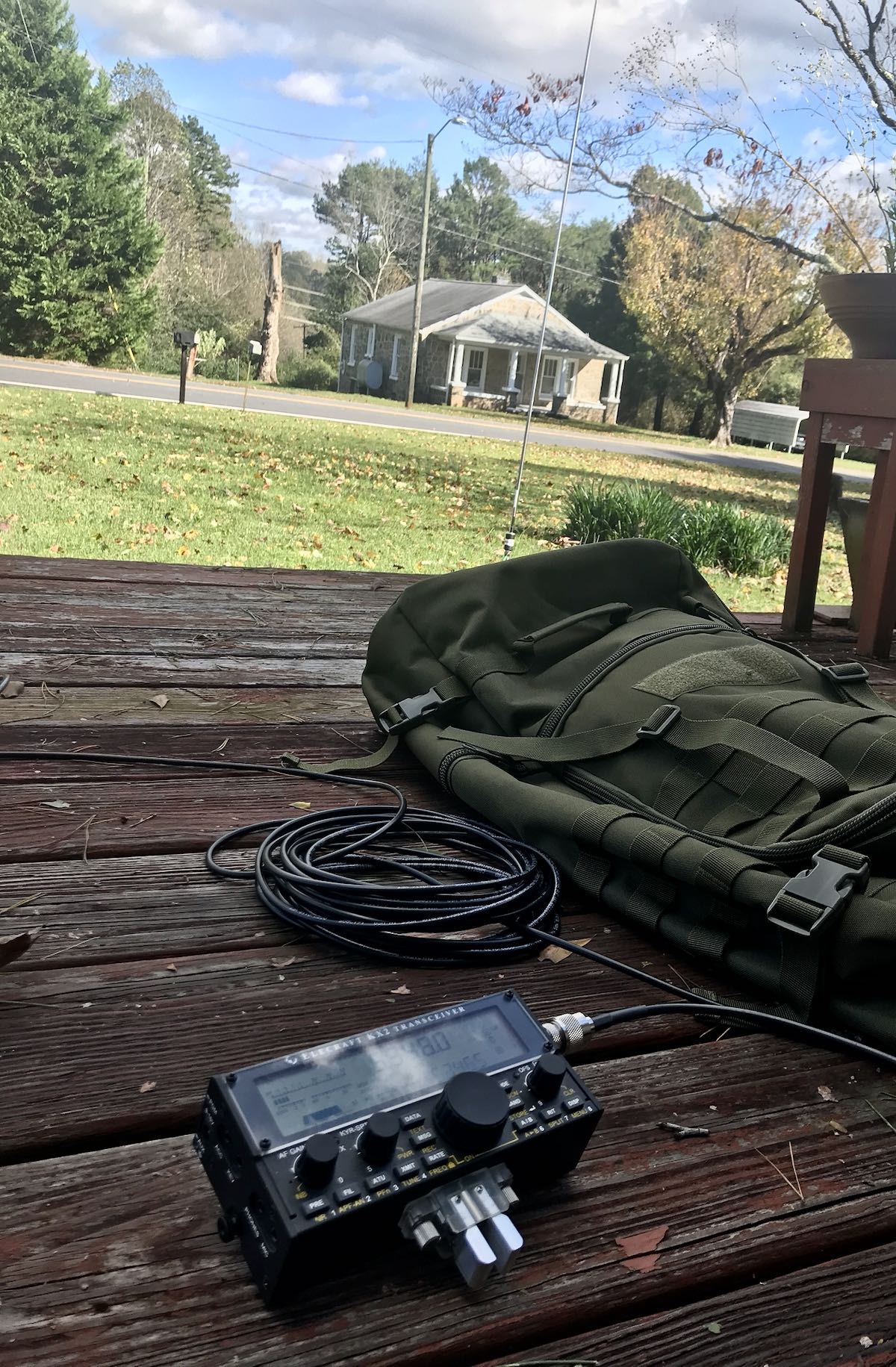 Of course, after working a few stations in CW and SSB, I tuned to the broadcast bands and enjoyed a little RFI-free SWLing. Noting 13dka’s recent article, I’m thinking on the coast, the MPAS Lite will make for a superb amateur radio and SWLing antenna. 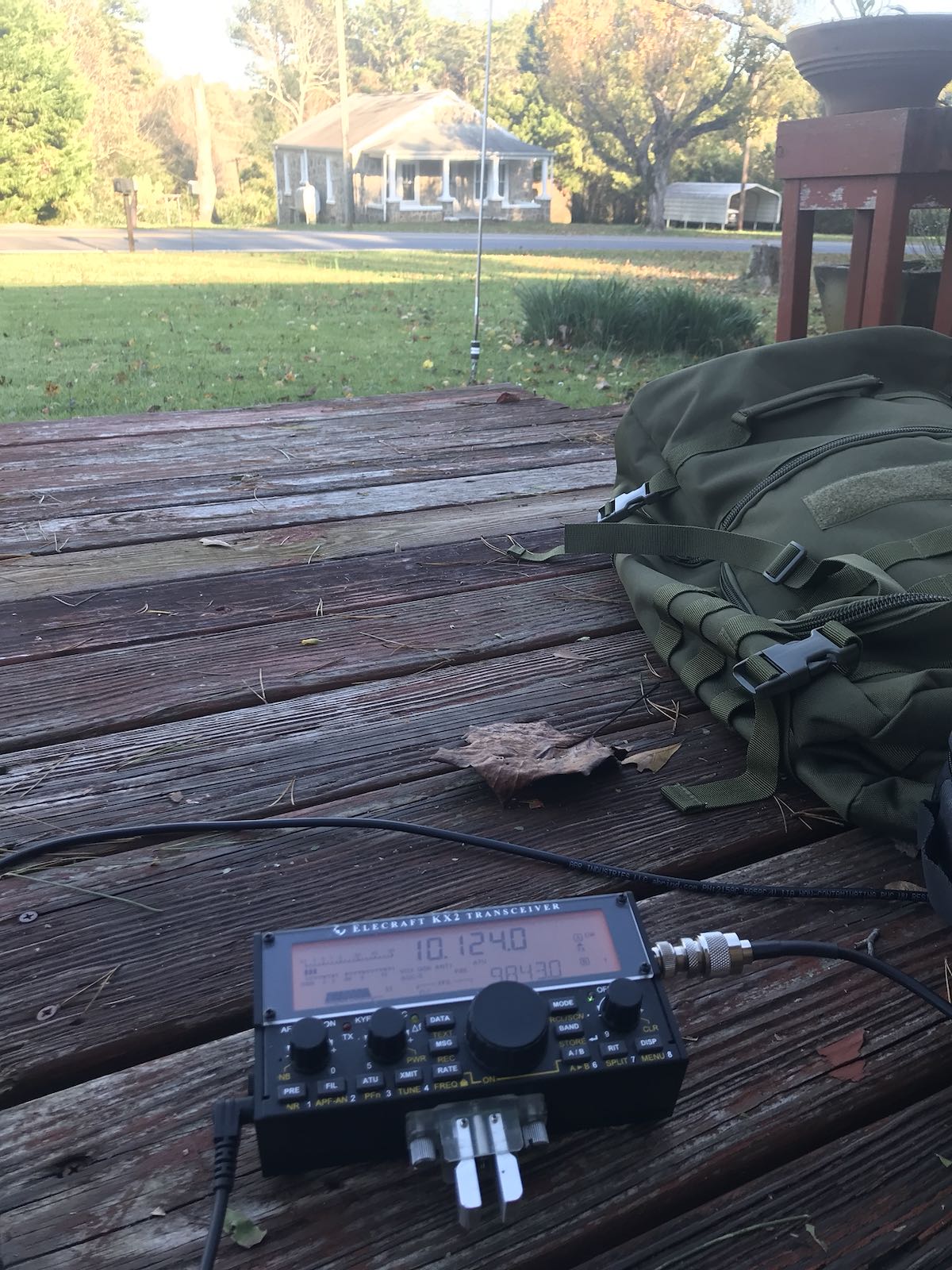 Although the remnants of Zeta had effectively passed through the area three hours prior, it was still very blustery outside. I was concerned gusts might even be a little too strong for the 17′ whip, but I was wrong. The whip handled the wind gusts with ease and the spike held it in place with no problem.

One of the things I have to watch with my Wolf River Coils TIA vertical is the fact it’s prone to fall in windy conditions and many ops have noted that this can permanently damage the telescoping whip (the weak point in that system).

Ready to hit the field with the CHA MPAS Lite! 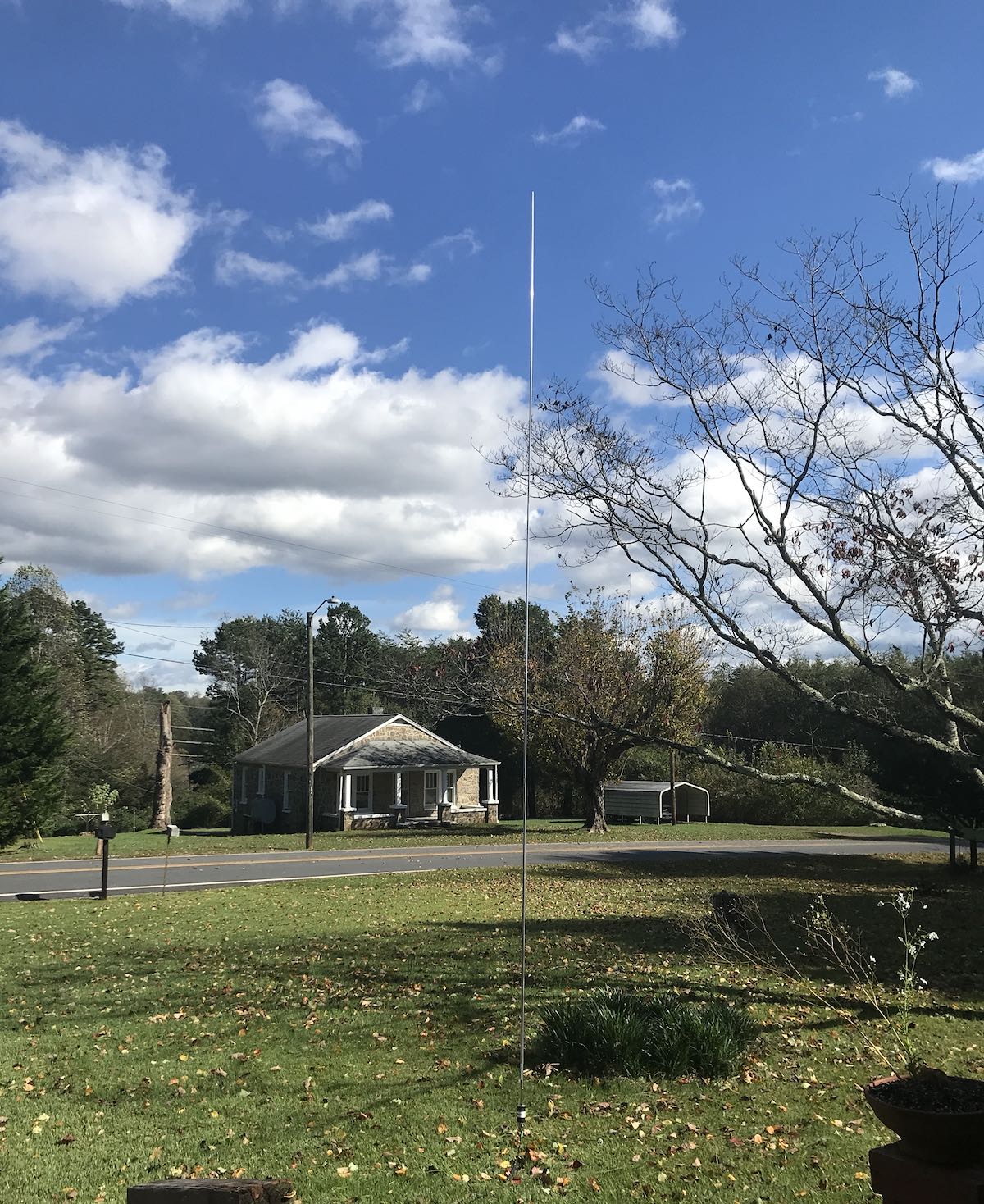 I’m a huge fan of wire antennas because I believe they give me the most “bang-for-buck” in the field, but they’re not always practical to deploy. I like having a good self-supporting antenna option in my tool belt when there are no trees around or when parks don’t allow me to hang antennas in their trees. 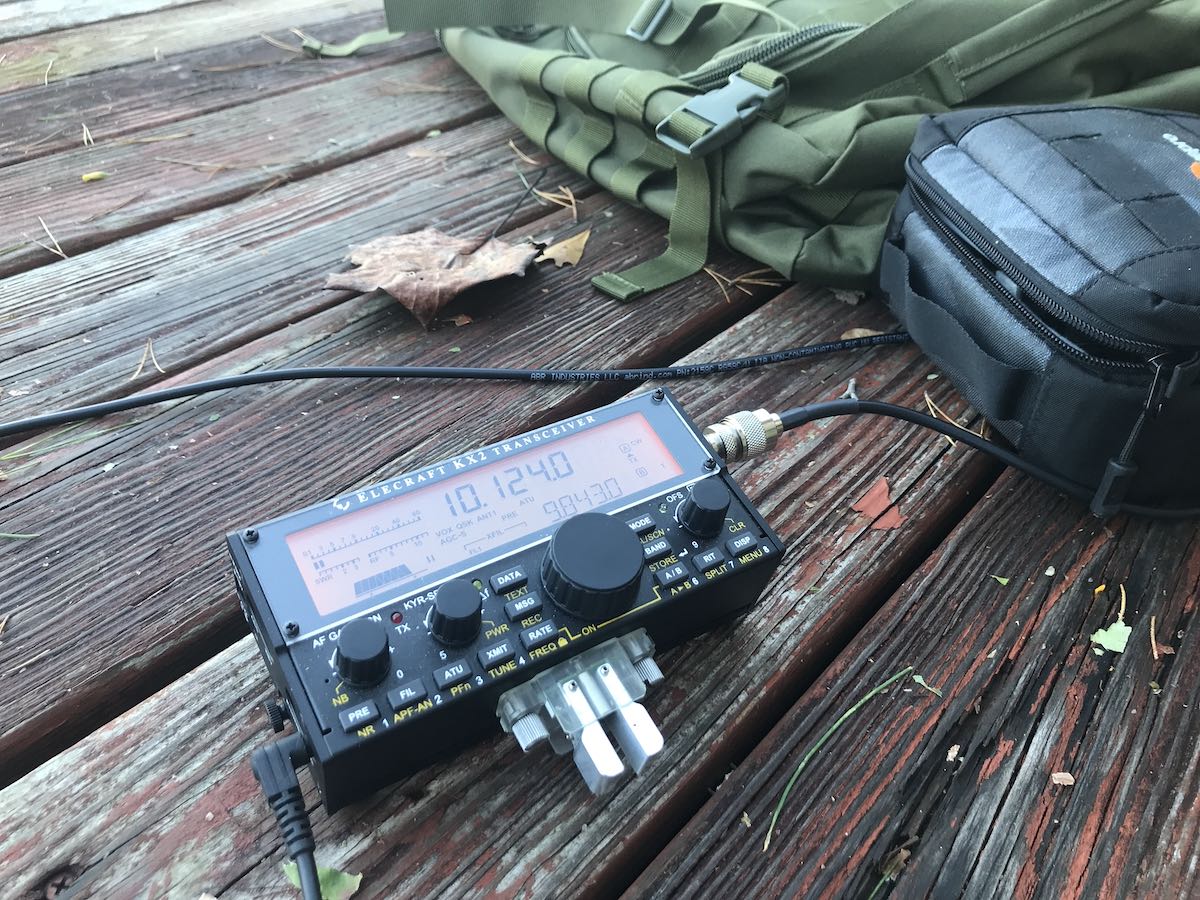 I’ve got a park in mind that will make for a good test of the CHA MPAS Lite: it’s a remote game land with no real parking option. I’ll have to activate it on the roadside–an ideal application for the MPAS Lite.

Click here to check out the CHA MPAS Lite.