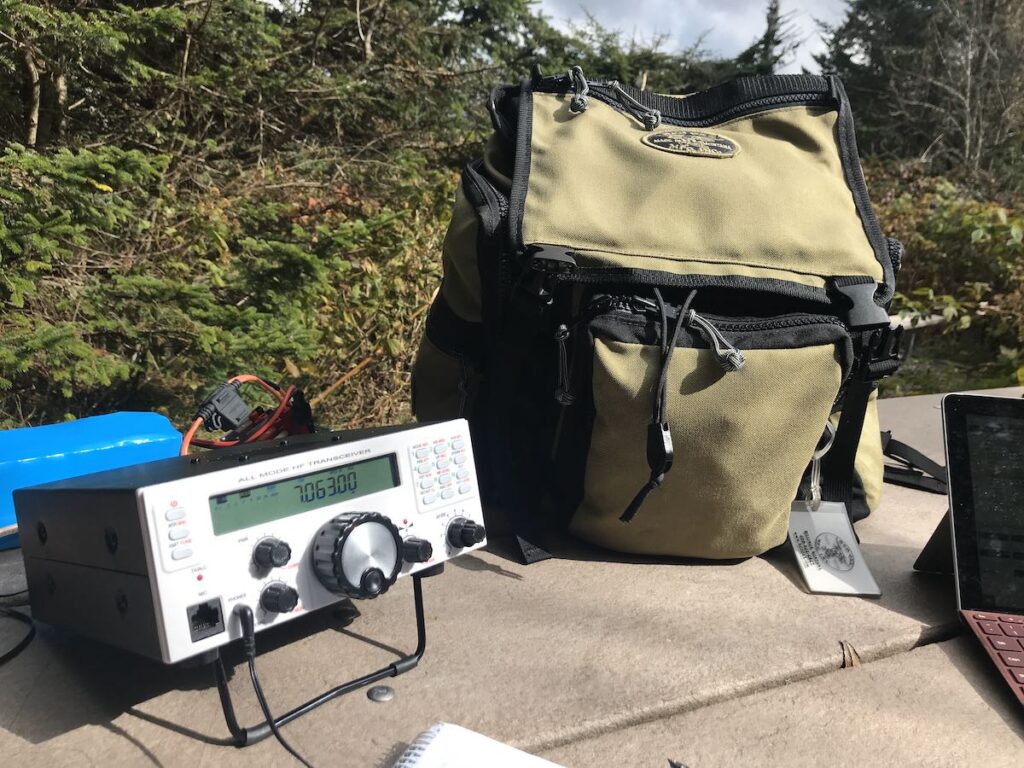 On Thursday October 15, 2020, my family made an impromptu trip to Mount Mitchell State Park to enjoy the amazing weather and gorgeous fall colors.

The Blue Ridge Parkway and Mount Mitchell State Park were predictably crowded with tourists, although nowhere near as crowded as the following three days which were “peak” leaf color days.

After arriving at the park, we claimed one of the little picnic areas tucked away from the crowds.  After a picnic lunch, I set up the station, my wife painted, one daughter caught up on her favorite book, and the other daughter took a deep dive in her recently acquired Yaesu FT-60R (and also helped me log). 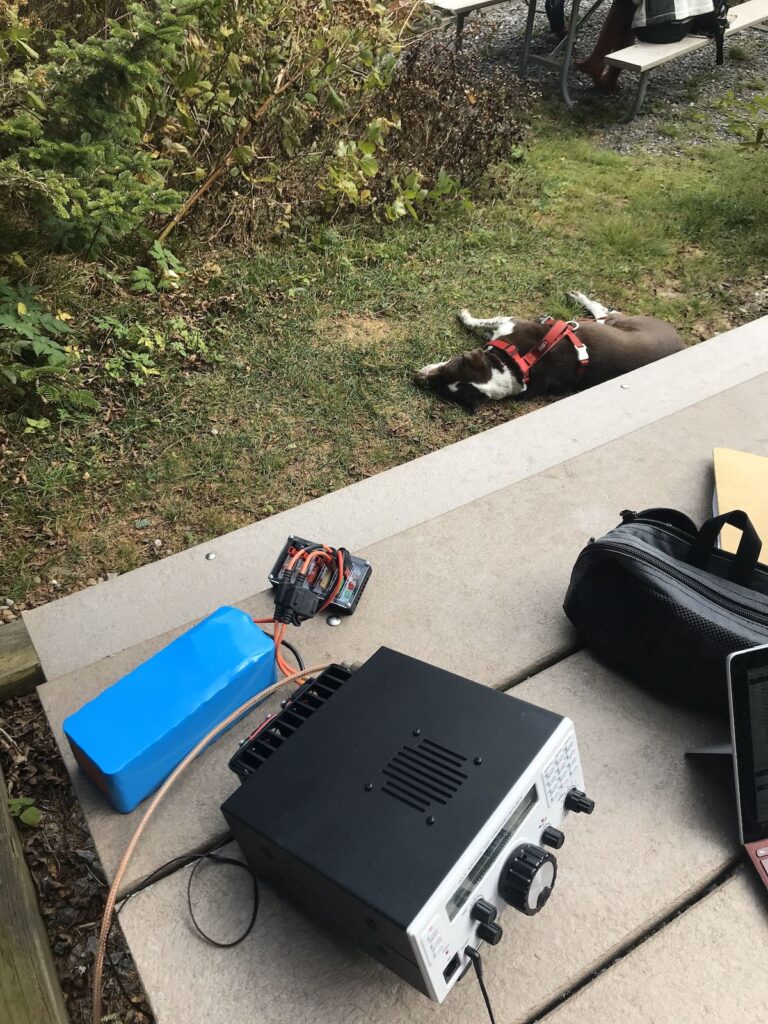 I swear that dog is only awake maybe one hour a day.

On this particular activation, I didn’t want to deploy a wire antenna. Being the highest elevation east of the Mississippi river, the trees are short .

Instead, I deployed my Wolf River Coils TIA vertical antenna. 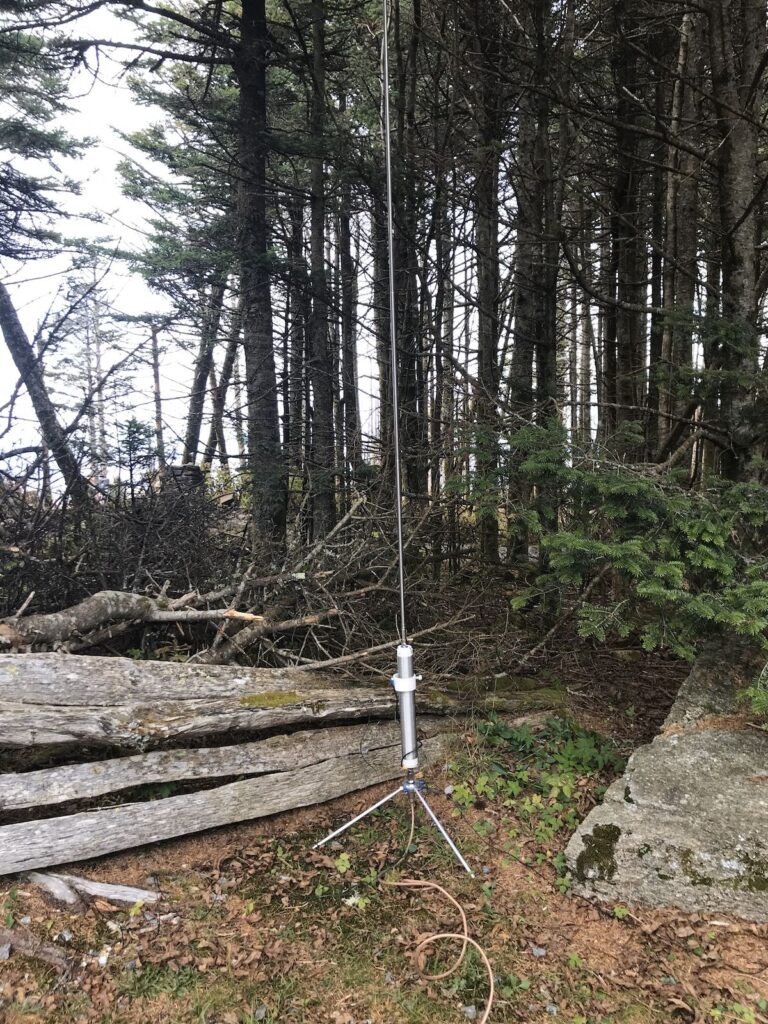 I consider the WRC vertical to be a “compromised” antenna especially in our region which is rocky and has poor ground conductivity. But at times like this when the park is crowded, it’s a great low-profile way to get on the air–and it’s self-supporting!  In any other year, I’m actually okay with my radio set-up being conspicuous–I love telling passersby about ham radio and Parks On The Air–but at the moment I choose to keep my social distance.

When I use the WRC antenna, I typically pair it with one of my favorite transceivers: the Mission RGO One. 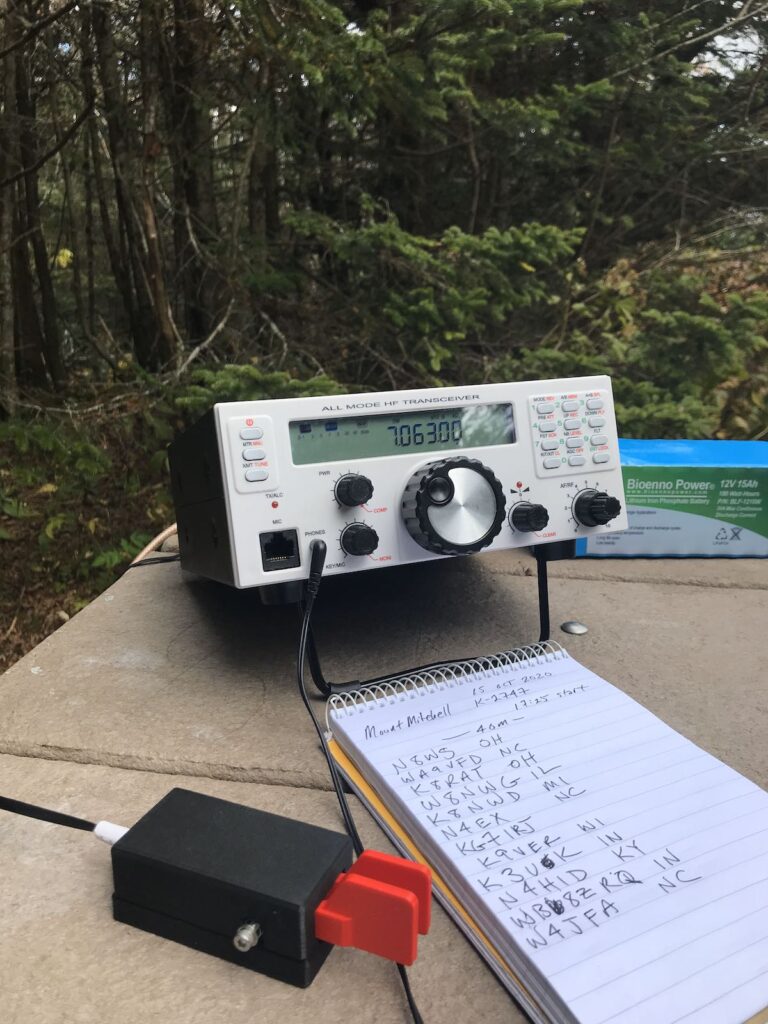 I love the Mission RGO One. It’s a superb transceiver (indeed, my full review of it will appear in the November 2020 issue of The Spectrum Monitor magazine).

I like to pair the RGO One with the WRC vertical because the RGO One is capable of 50 watts of output power (the real max for the WRC), which I feel makes up for a bit of the antenna compromise. I typically start at QRP levels and increase wattage if I get no response. 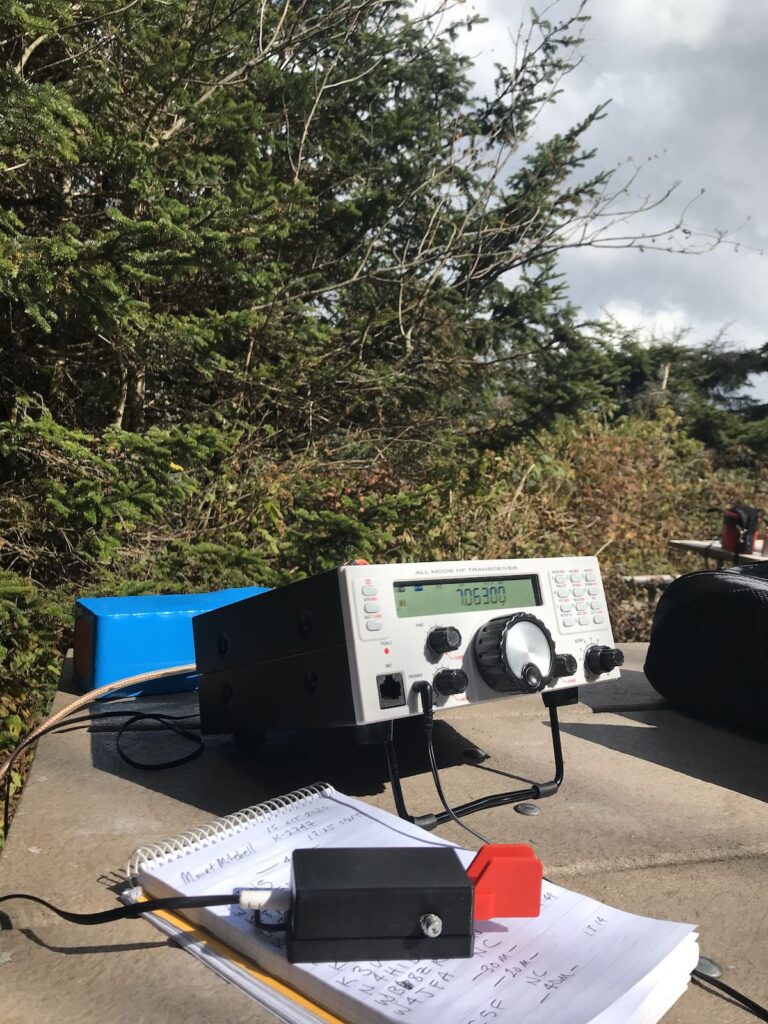 At Mt. Mitchell, I rarely have internet access via my mobile phone, so I rely on the Reverse Beacon Network to spot me to the POTA network when I call “CQ POTA.”

Within a minute of calling CQ, I started logging stations. Thanks RBN!

I operated for almost an hour off and on. I took a few breaks during low activity to help my daughter with the FT-60R. At one point, she was in hysterics over a conversation she picked up on a local repeater. (Hysterics in a good way, fortunately. I do worry about some of the conversations I hear on local repeaters at times!)

Here’s my tally from Mt Mitchell: 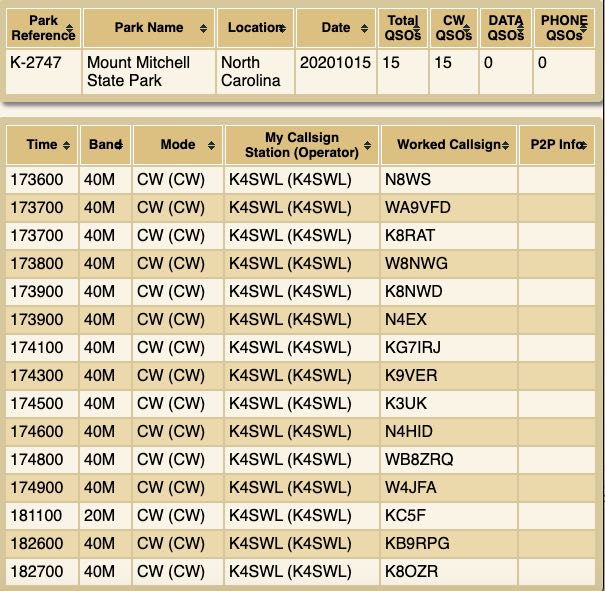 Mt. Mitchell is one of our family’s favorite state parks and is accessible from my QTH via the Blue Ridge Parkway.

Unfortunately, the Blue Ridge Parkway is often closed during the winter, so we hope to make at least one more trip to Mitchell within the next few weeks. 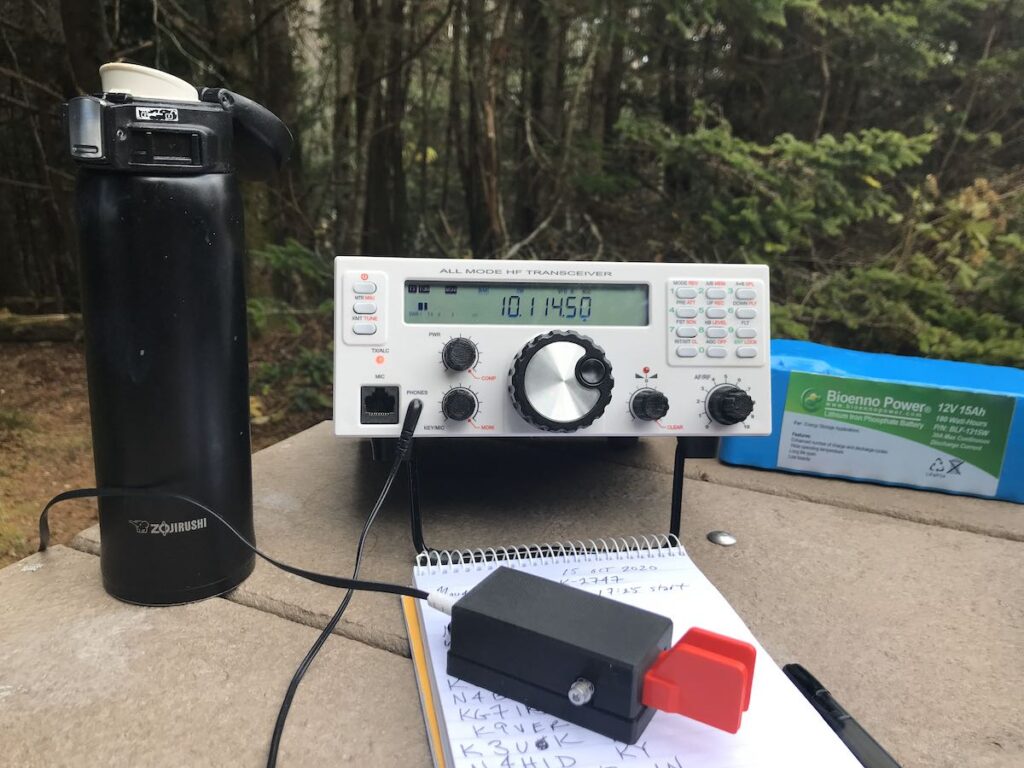 I’ll add that this was the third time I’d taken the CW Morse “Pocket Paddle” to the field. It’s a brilliant set of paddles. It’s has a fantastic field-adjustable response. I’m uncertain if they’re on the market yet–CW Morse sent them to me for evaluation in the field.

I also have a set of N0SA paddles I love and typically keep packed in my dedicated MTR-3B pack.

On Monday, I took the new Mission RGO One transceiver to the field and attempted a POTA (Parks On The Air) activation.

I just published a detailed post including a number of RGO One photos on my other radio blog, The SWLing Post.

In short? Although it’s early days, the RGO One is a promising rig and I’m very pleased with the ergonomics, functionality, and features. It’s very well suited for field operations weighing in at only five pounds and can comfortably operate up to 50 watts if you need a little extra power. I’m looking forward to activating a number of parks this year with the RGO One!