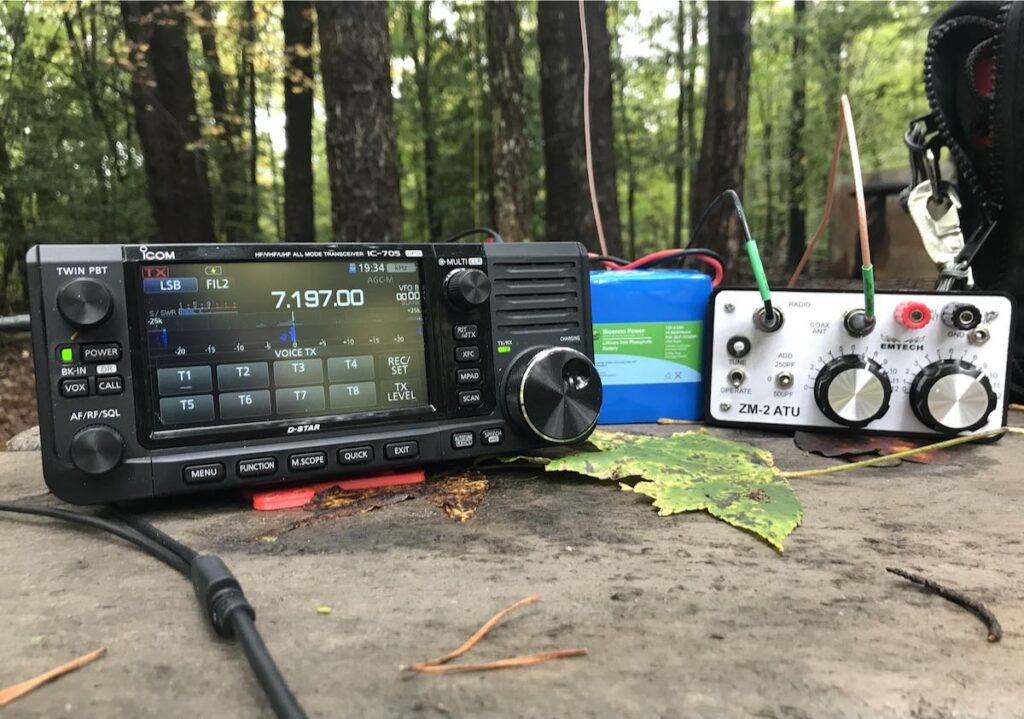 While visiting my parents this week in the Piedmont of North Carolina, I took some time Monday afternoon to take the new Icom IC-705 to field and activate Lake Norman State Park (K-2740) for the Parks On The Air (POTA) program.

So far, most of my time with the IC-705 has been in CW mode but a number of my readers have been asking about SSB operation and performance.

My goal for this park activation was to give the IC-705 a proper shake-out on SSB.

The activation was very much impromptu–I only decided I could fit it into my day an hour before my start time. In addition, while it wasn’t raining per se, there was a very heavy mist/fog that, at times, felt like a light sprinkle/drizzle.

I had an issue with the mAT-705 ATU (read more here), so opted for my trusty and incredibly capable Emtech ZM-2. 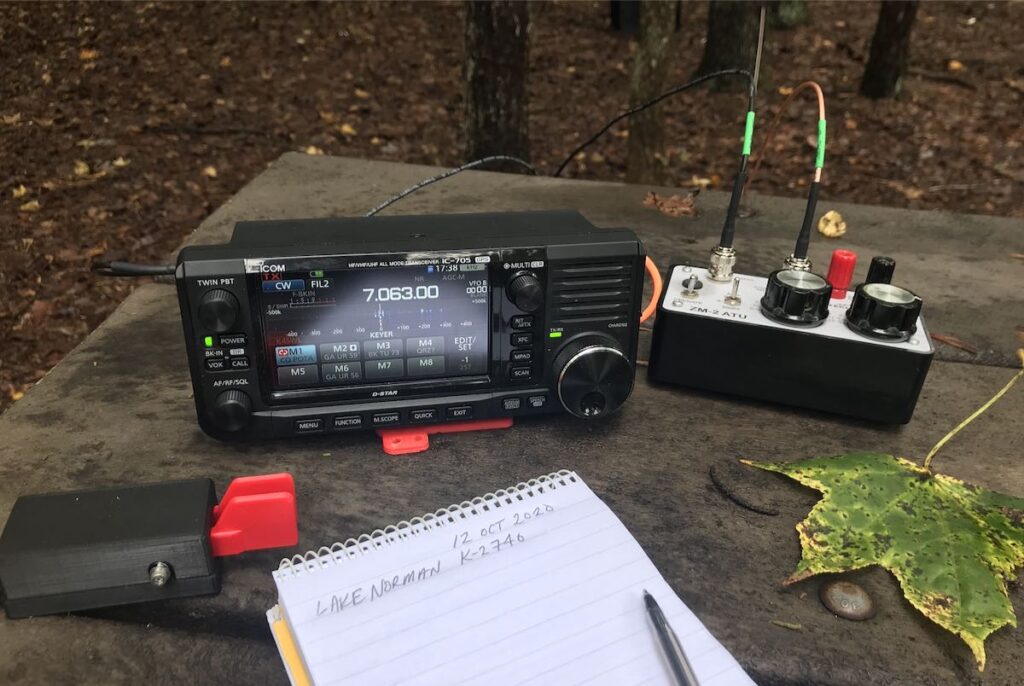 I did begin the activation in CW and quickly racked up a dozen or more contacts in short order after spotting myself. One of the great things about Lake Norman State Park is it’s one of the few locations I activate these days with proper cell phone coverage for mobile internet so that I can update my own activation spots on the POTA site.

I also moved up to 20 meters and switched over to my recently (re)acquired Elecraft KX1 (FYI, I named her “Ruby” so no way will I sell her again).

I quickly snagged two states (Iowa and Kansas) with 1 watt of power from the KX1’s internal AA cells, then 20 meters fell silent, so I moved to 30 meters to work a few more stations. 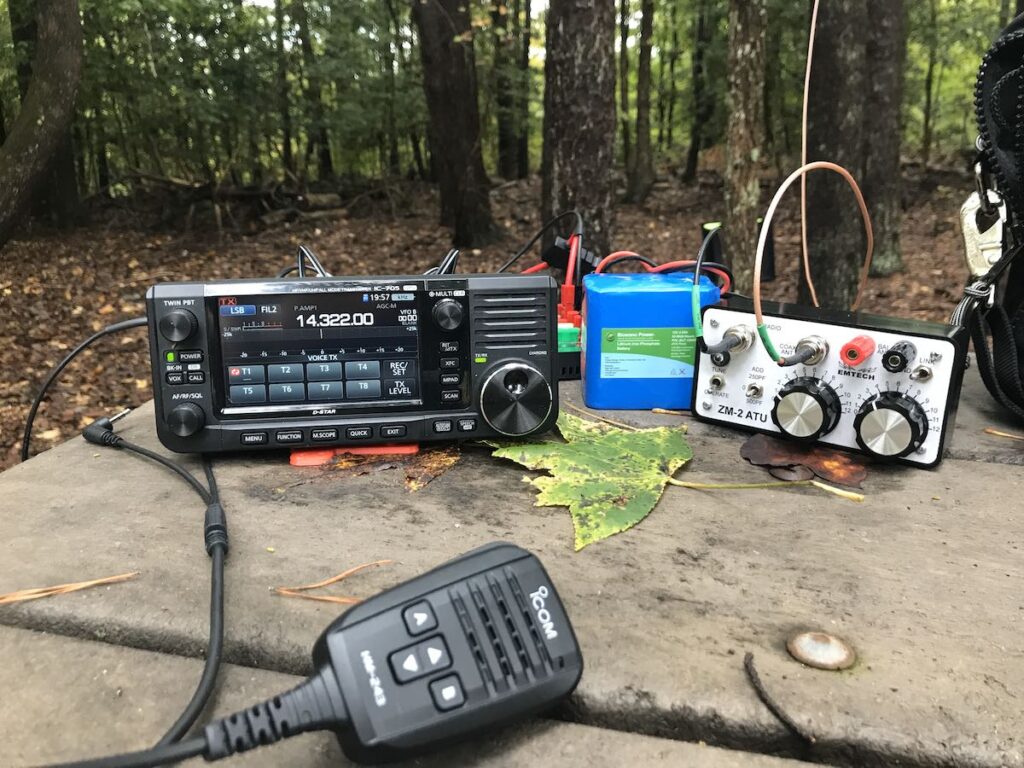 I then moved to the 40 meter band and decided to record a quick video after spotting myself on 7197 kHz.  I wasn’t expecting such a productive mini pile-up.

As you can tell from the video, I had my hands full trying to hold my phone/camera, log, and manage the hand mic. Note, too, I prefer not hooking up the speaker portion of the microphone because audio from the IC-705 internal speaker is far superior:

I operated SSB for a good 30 or so minutes and was busy with contacts thanks to all of those excellent POTA hunters.

Before packing up, I remembered that my buddy Dave had asked me to make a video showing how I use the IC-705’s voice memory keyer, so I moved up to 20 meters

Doh! I had the SSB position in LSB instead of USB! Thanks to one of my YouTube viewers who noticed this. I had been tinkering with mode settings earlier while evaluating the rig. No worries, though, this was more a demo of the memory keyer–check out SSB operation in the video above.

I was actually very relieved 20 meters was dead because I’m terrible at managing a camera, a tablet, and a microphone all at once!

Despite the fact that I was using the default microphone settings and had not even touched the TX EQ or compression, I received no less than three unsolicited compliments about my audio during this activation.  That is probably a personal record.

No doubt, the IC-705 is a very capable rig for QRP SSB where audio quality is essential.

On top of that, the eight voice keyer memories are incredibly useful when activating a park, a summit, or even running a contest where you could truly automate your exchanges.

Have you been using the IC-705 in the field? What are your thoughts? Do you have any questions? Please feel free to comment!