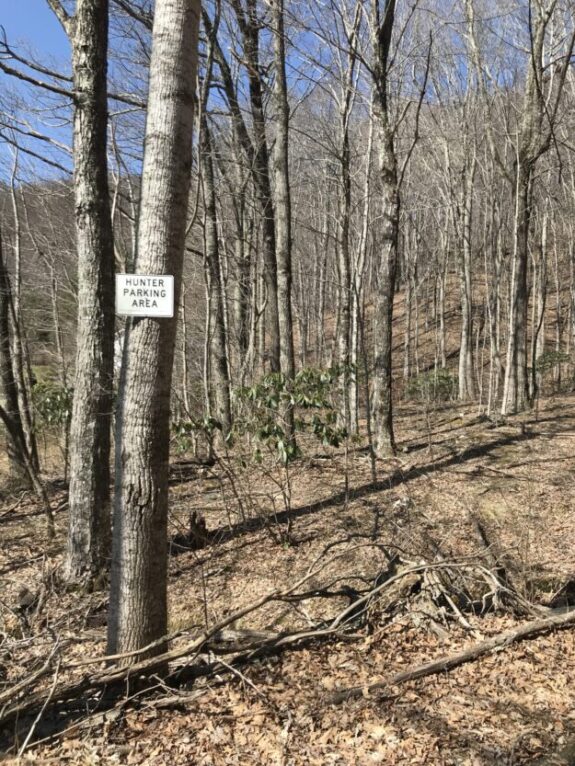 Last Monday (March 22, 2021), I had another opportunity to play radio for the bulk of the day. These are rare opportunities–although I did have another open day only a few weeks ago–so I ty to take full advantage of them! The weather was perfect, so I decided to make a detour to Ashe County, North Carolina en route to visit my parents.

I haven’t been to Ashe County in the better part of a decade although I love this pretty secluded part of western North Carolina.

Ashe County is very much a destination–not a place you’d easily happen upon in your travels. It’s very much worth the detour, though, as it’s close to Boone/Blowing Rock, the Blue Ridge Parkway, and a number of other spots outdoor enthusiasts would love. The towns of Jefferson and West Jefferson are everything you’d expect from small town NC: charming and friendly. Plus, they have some excellent sources of cheese!

I plotted a three park, one summit run for that Monday. I’d have about one hour at each site, which would hopefully be enough to set up, play radio, and pack up. All three sites were new to me–meaning, I had never personally activated them.

I left my QTH around 9:00 local and arrived on site around 11:30. I had researched the most accessible parking area (there were many for this game land) and one that would be closest to my other destinations.

The game land maps are pretty accurate, but this parking area was a little tricky to find as it’s small, elevated off the road, and you have to enter a private driveway to find it. the “Hunters Parking” sign is, let’s say, “discreet.”

Honestly? Finding these sites is all part of the fun.

Going into this activation, I knew there would be challenges. For one thing, propagation was similar to the day before: poor and unstable.

Secondly, the Reverse Beacon Network (RBN) auto-spotting functionality on the POTA spots page was not working. That was a bad thing because this game land site had no hint of mobile phone service.

I did anticipate both of these issues though, and took precautions:

As I’ve mentioned in previous post: successful activations (especially if you’re under time pressure) always include being spotted to the POTA network. It’s as if you don’t exist if you’re not spotted. 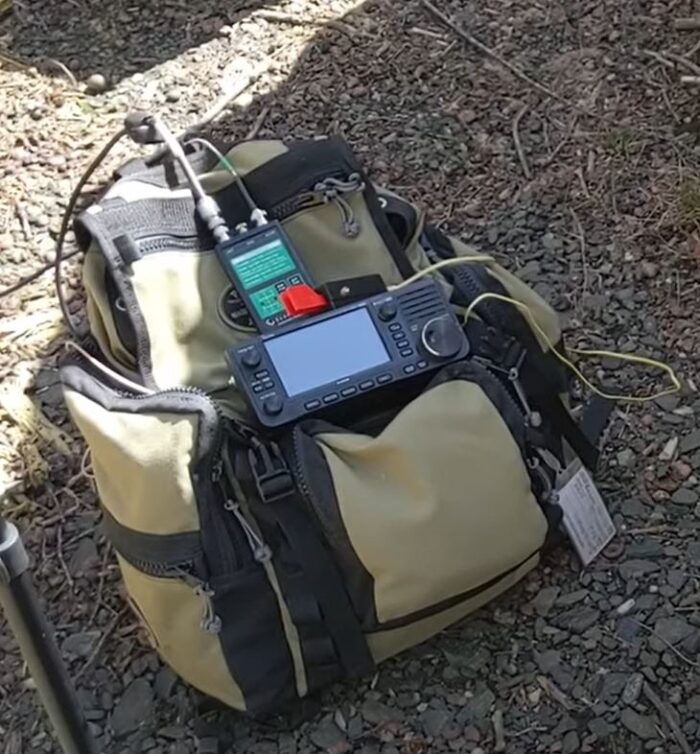 Another thing working in my favor at this particular site  is that it had only been activated a couple times before and both of those times it was via phone only. My activation would be the first time CW had been used at this site for POTA. This means nothing in terms of the Parks On The Air program–meaning, there are no special awards for this sort of thing–but it does give you a bit of an edge because CW hunters will find the site rare and very desirable. They’ll go the extra mile to get logged.

It’s funny: in 2020, I activated numerous proper ATNOs (All Time New Ones)  for POTA. There were so many here in western North Carolina that just by going to new sites each time, I ended up activating them for the very first time in phone and/or CW.

POTA grew by orders of magnitude last year, though, and now there are so many activators who would love to be the first to activate a site, new entities are often activated within a day of being added. The only true ATNOs left in NC are game lands that have accessibility issues. 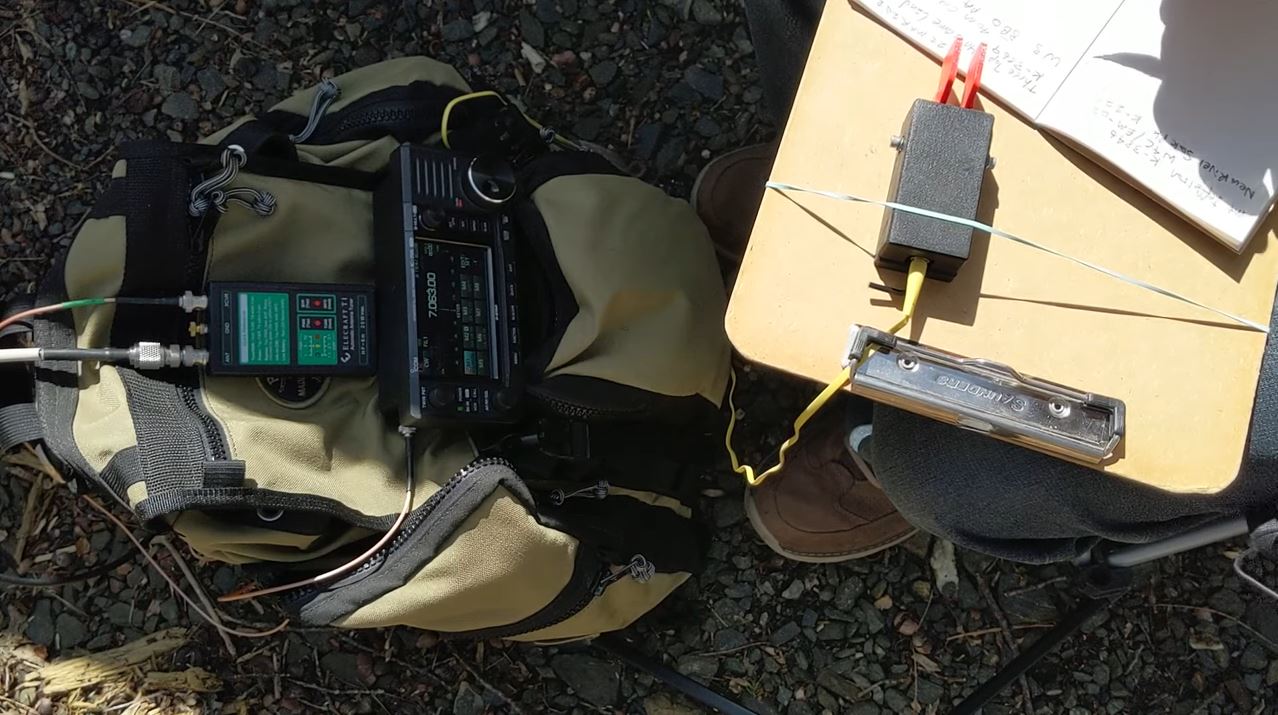 I deployed my EFT-MTR antenna that I repaired that weekend. I did a very basic repair, attaching the top end of the radiator back to the in-line coil/trap. Somehow in doing this I changed the antenna enough that my SWR on 40 and 20 meters was in excess of 2.5:1.

No problem: I employed my T1 ATU to bring the SWR back down to 1:1.

I hopped on 40 meters and immediately started working stations. No doubt, the rarity of this park was providing my spot with a little extra attention.

In 23 minutes, I worked a total of 20 stations: that’s about as good as it gets, especially with poor propagation.

Once the initial group of hunters died down, I went QRT.

Normally, I would spend more time on-site and move up the band, but I was on a tight schedule and realized I hadn’t allowed any time to grab a to-go lunch!

I did make another real-time, real-life video of the entire activation from start to finish. If you care to watch it, click this link to view on YouTube, or watch via the embedded player below:

Thanks for reading this report. Three Top was a fun activation and I was very happy I didn’t have to struggle to validate it.  The next park that day was Mount Jefferson which also happened to be a SOTA site. I’ll be posting the report and video later this week!

Do you enjoy QRPer.com?