Many thanks to Bill (W4SFV) who shares the following announcement: 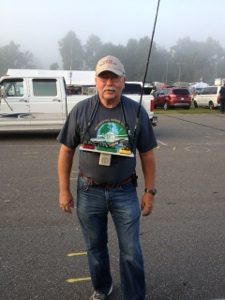 QRP advocate Bill Minikiewicz, of Breadboard Radio, will present a talk on QRP at this years Shelby Hamfest. Although the presentation will focus on the why and how of QRP operation designed to get hams excited about low power operating there will also be time for discussion about your experiences as QRPer’s.

Hopefully, this will turn into an annual QRP get together for the Southeast QRP gang. Several Breadboard Radio Kits will be given away, so be sure to attend. Also look for W4FSV operating QRP pedestrian in the Tail Gate area!

The Shelby Hamfest will be September 1, 2 and 3, 2017 at the Cleveland County Fairground, Shelby, NC. Bill’s talk is at 12 noon. Check out www.shelbyhamfest.com.

Excellent, Bill! Though I’m hosting a table in the flea market at Shelby this year, I will certainly plan to attend your QRP session! 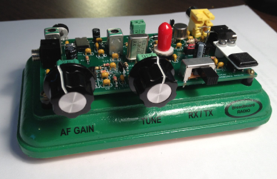 In his blog, Bill mentions some of his first contacts on the Splinter II:

“I have never been to Dayton or the QRP event Four Days In May.  I hope to go someday, but you see my birthday is May 17th and it always conflicts.  My wife, kids and grandkids insist that I’m there at my party!  As thrilling as it must be to go to Dayton and FDIM, I had my own QRP adventure about a month earlier.  On April 16th I finished my own building session…the Splinter II prototype.  Later that evening I made the first two contacts with the Splinter II…KK4GFR, Jim in Clarkson, KY followed by KF2UZ, Jack in Hyde Park, NY.  Then on the 17th, I worked SV1ENG in Greece (see above).  On the 23rd I worked PA3BUD in the Netherlands.  Finally, on the 24th I had a QSO with SM6CWK in Sweden.

These contacts were especially nice since they were all new countries for my QRPp totals.

Yes, I really wanted to go to Dayton, but my Four Days In April were still pretty cool!”

Bill, I must say, you certainly would enjoy Four Days In May. We’ll sing Happy Birthday to you if you make it next year!

The Splinter II can be ordered online at BreadboardRadio.com.

Thanks for the update, Bill!