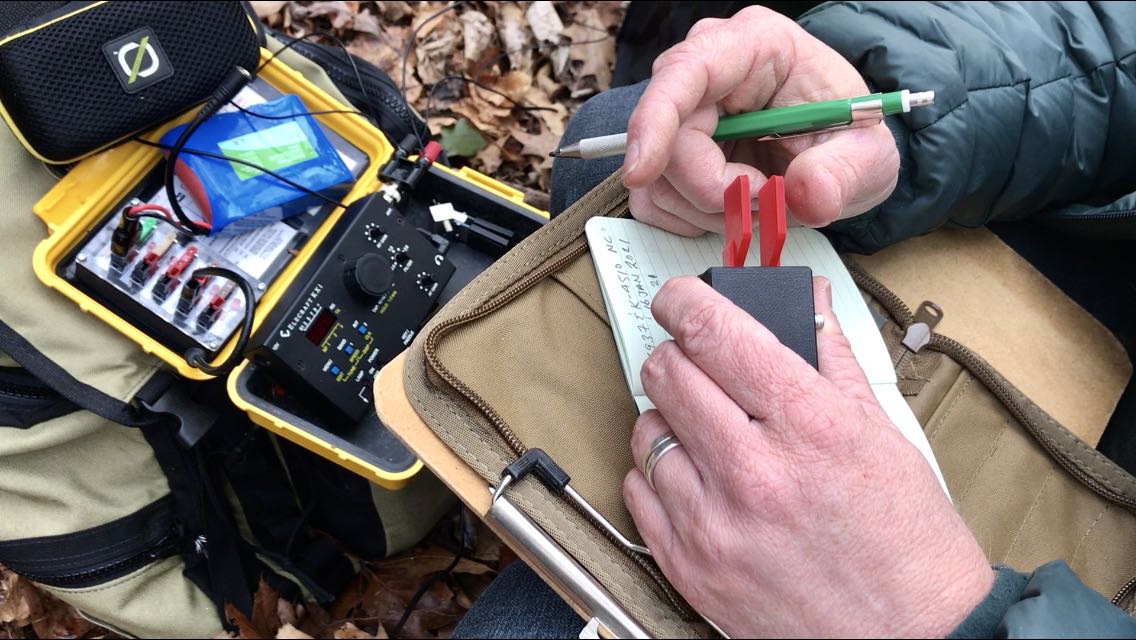 I this previous post, I describe my mistake and the lesson learned that day.

In short: I cut my wire antenna too short and my KX1 and KX2 ATUs couldn’t find an acceptable impedance match on the 40 meter band. This pretty much forced me to make do with 30 meters and above unless I modified or switched antennas.

The 40 meter band tends to be my most productive band, particularly on days like last Saturday when I’m operating in the latter part of the afternoon.

Maybe it was stubbornness, but I was determined to make a valid activation with that four-feet-too-short antenna. 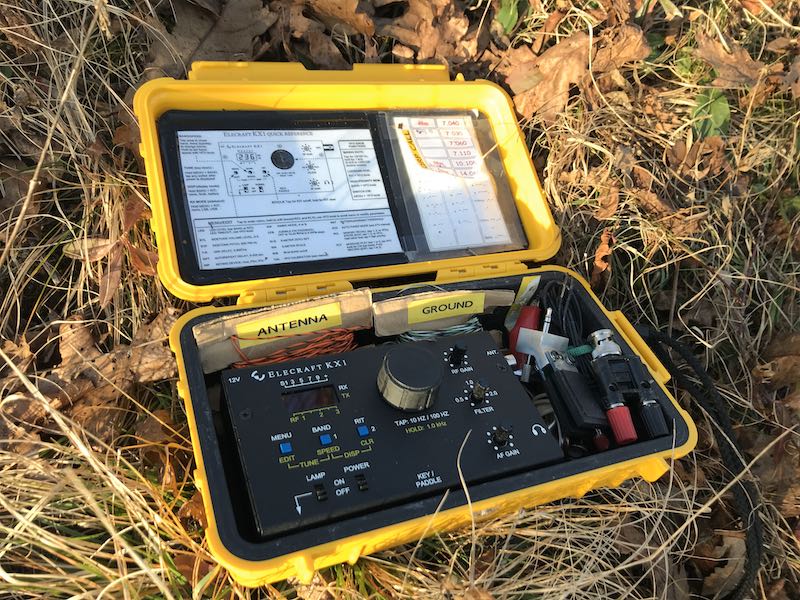 I first hopped on the air with my Elecraft KX1 (above) and logged a few contacts on 30 meters. I then tried 20 meters, but the band was dead. 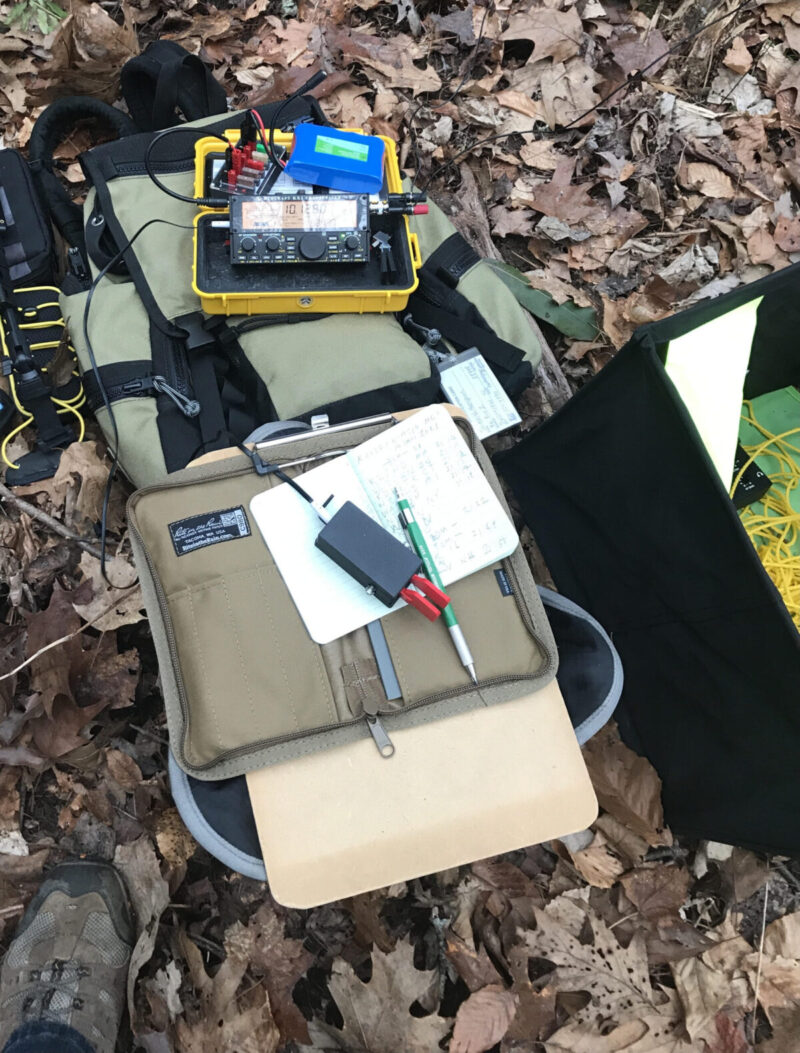 Eventually, I pulled the Elecraft KX2 out of the bag with the hope it might actually find a match on 40 meters, but as I said in my previous post, that darn physics stuff got in the way.

That’s okay, though. Although the sun was starting to set and I didn’t want to pack up in the dark, I took my time and eventually logged ten contacts for a valid activation. I actually enjoyed the challenge.

I complain about my wire antenna, but in the end, it made the most of my three watts by snagging stations from New Hampshire, Ontario, Illinois, Arkansas and several states in between.

Against my better judgement, I made a video of this activation. As with all of my videos, they’re real-time, real-life, and have no edits. (They also have no ads.)

A few readers and subscribers had asked me to include the odd video where I actually do a full station set up including the installation of a wire antenna–that’s what you’ll see in this video:

At the end of the day, this was still an incredibly fun activation.

This was the first time I’ve ever completed a valid activation only using the 30 meter band.

Next time, though, you’d better believe I’ll cut my antenna to be the ideal length for 40 meters and above!

If you use a similar antenna with your KX1, KX2, KX3, or other transceiver, I’m curious what lengths you find work best for 40 meters an above. Bonus points for 80 meters. Please comment!

4 thoughts on “POTA Field Report: Three watts, cold winds, and how *not* to calculate antenna length”