A few weeks ago, I published a post about radios I’ve regretted selling or giving away.

Number one on that list was the Elecraft KX1.

Within a couple hours of posting that article, I had already purchased a KX1 I found on the QTH.com classifieds. It was, by any definition, an impulse purchase.

The KX1 I owned in the past was a four bander (80/40/30/20M) and I already double checked to make sure Elecraft still had a few of their 80/30 module kits available (they do!).  I do operate 80M in the field on occasion, but I really wanted the 80/30 module to get full use of the expanded HF receiver range which allows me to zero-beat broadcast stations and do a little SWLing while in the field.

The seller shipped the radio that same afternoon and I purchased it for $300 (plus shipping) based purely on his good word.

I’ll admit, I was a bit nervous: I hadn’t asked all of the typical questions about dents/dings, if it smelled of cigarette smoke, and hadn’t even asked for photos. I just had a feeling it would all be good (but please, never follow my example here–I was drunk with excitement).

Here’s the photo I took after removing the Pelican case from the shipping box and opening it for the first time: 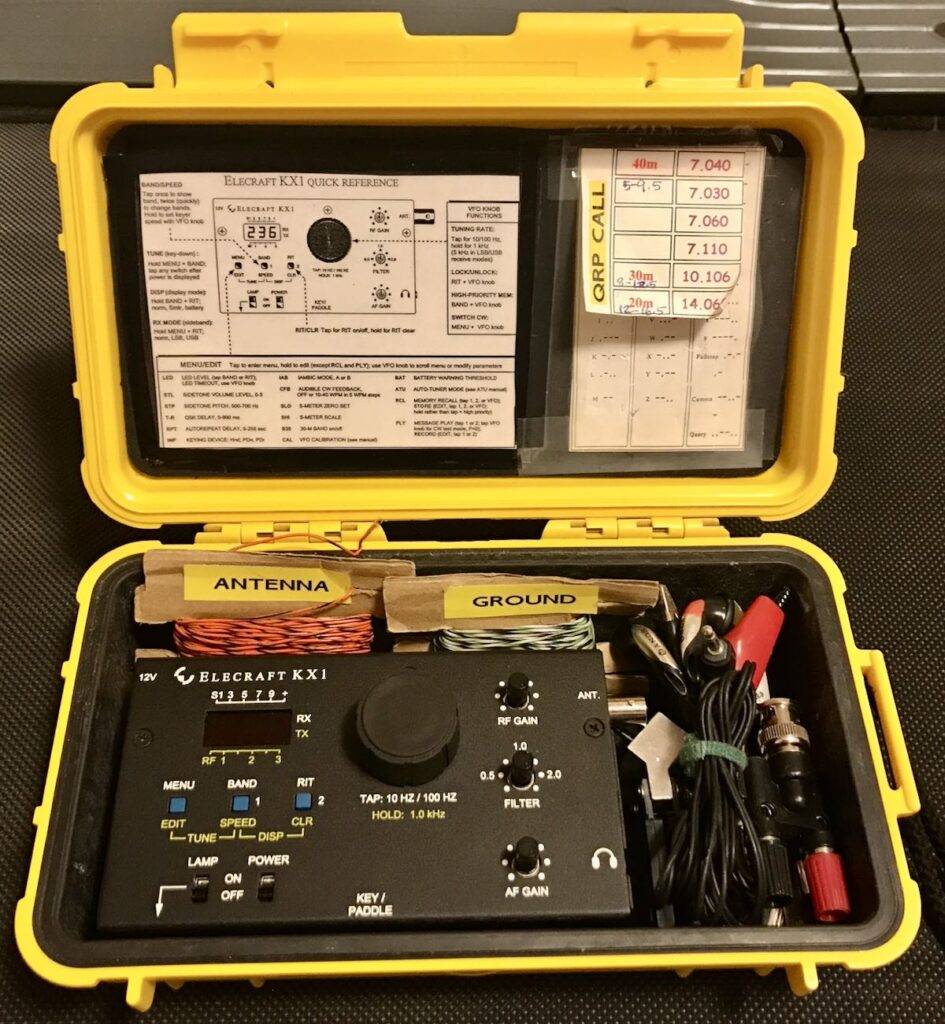 The seller was right: everything I needed (and more!) was in the Pelican case with the KX1. Not only that, everything was labeled. An indication that the previous owner took pride in this little radio.

I don’t think the seller actually put this kit together. He bought it this way two years ago and I don’t think he ever even put it on the air based on his note to me. He sold the KX1 because he wasn’t using it. 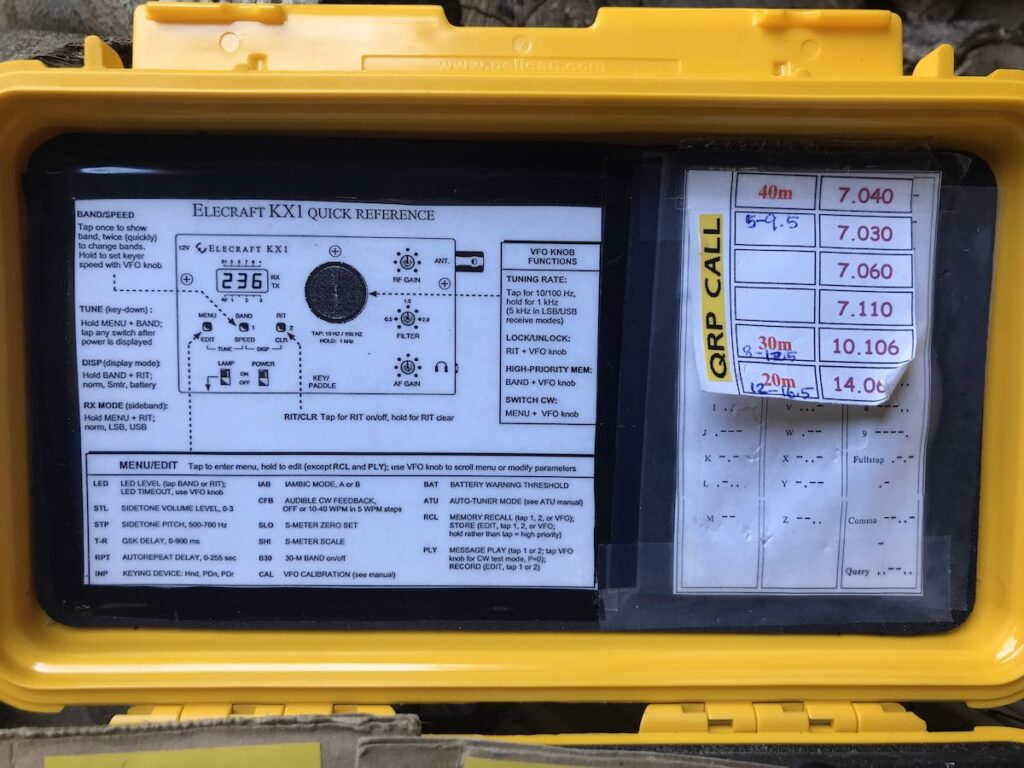 You might note in the photo that there’s even a quick reference sheet, Morse Code reference sheet and QRP calling frequencies list attached to the Pelican’s lid inside. How clever!

I plan to replace the Morse Code sheet with a list of POTA and SOTA park/summit references and re-print the QRP calling frequencies sheet. But other than that, I’m leaving it all as-is. This might be the only time I’ve ever purchased a “package” transceiver and not modified it in some significant way.

Speaking of modifying: that 80/30 meter module? Glad I didn’t purchase one.

After putting the KX1 on a dummy load, I checked each band for output power. Band changes are made on the KX1 by pressing the “Band” button which cycles through the bands one-way. It started on 40 meters, then on to 30 meters, and 20 meters. All tested fine. Then I pressed the band button to return to 40 meters and the KX1 dived down to the 80 meter band!

Turns out, this is a four band KX1! Woo hoo! That saved me from having to purchase the $90 30/80M kit (although admittedly, I was looking forward to building it). 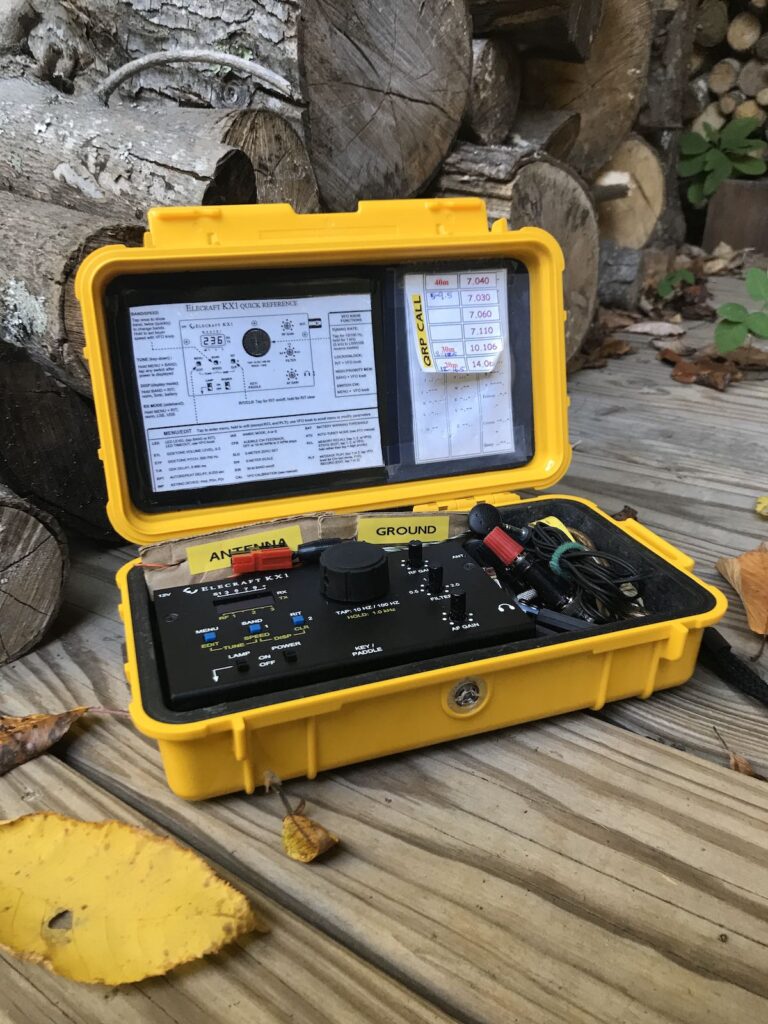 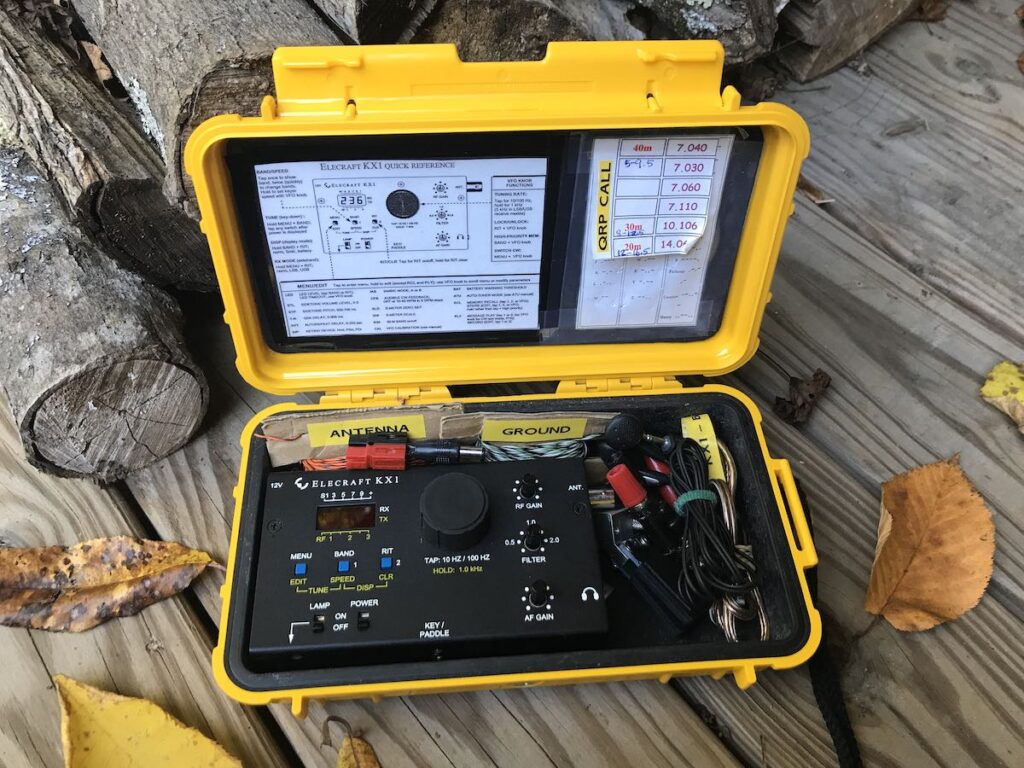 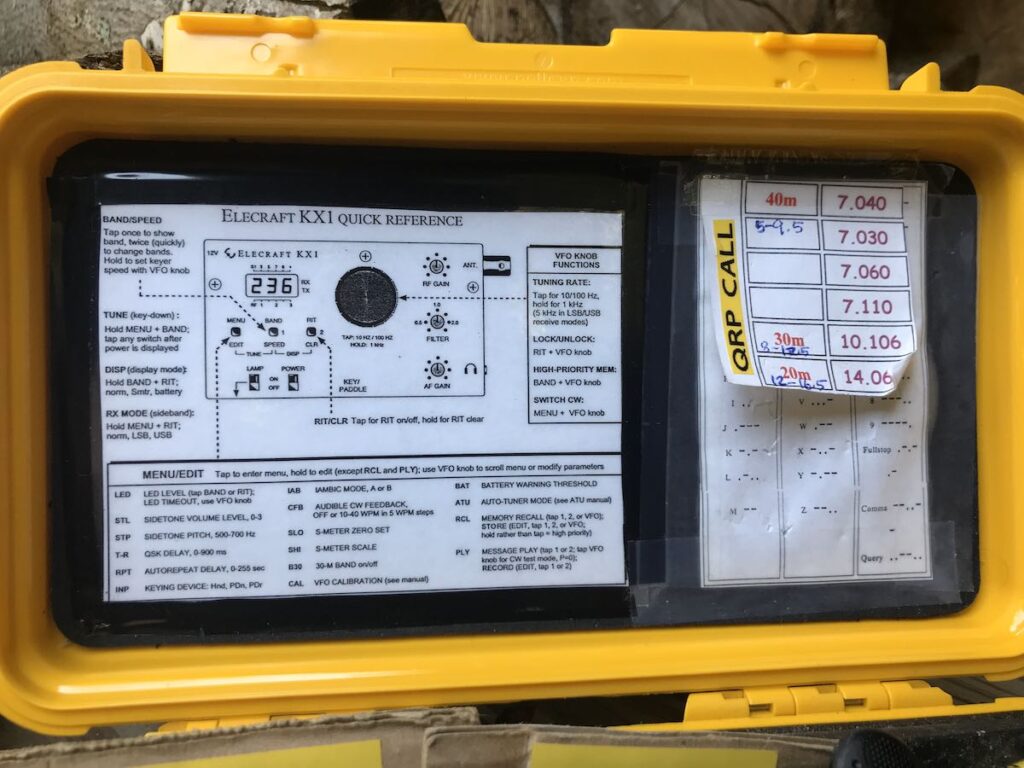 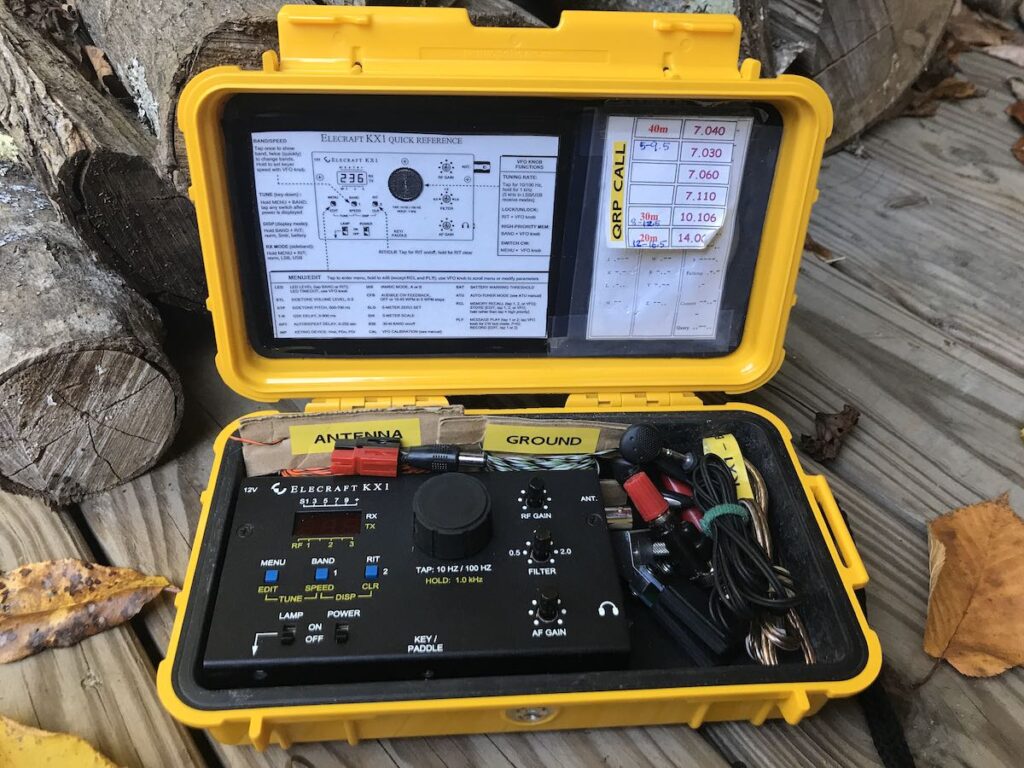 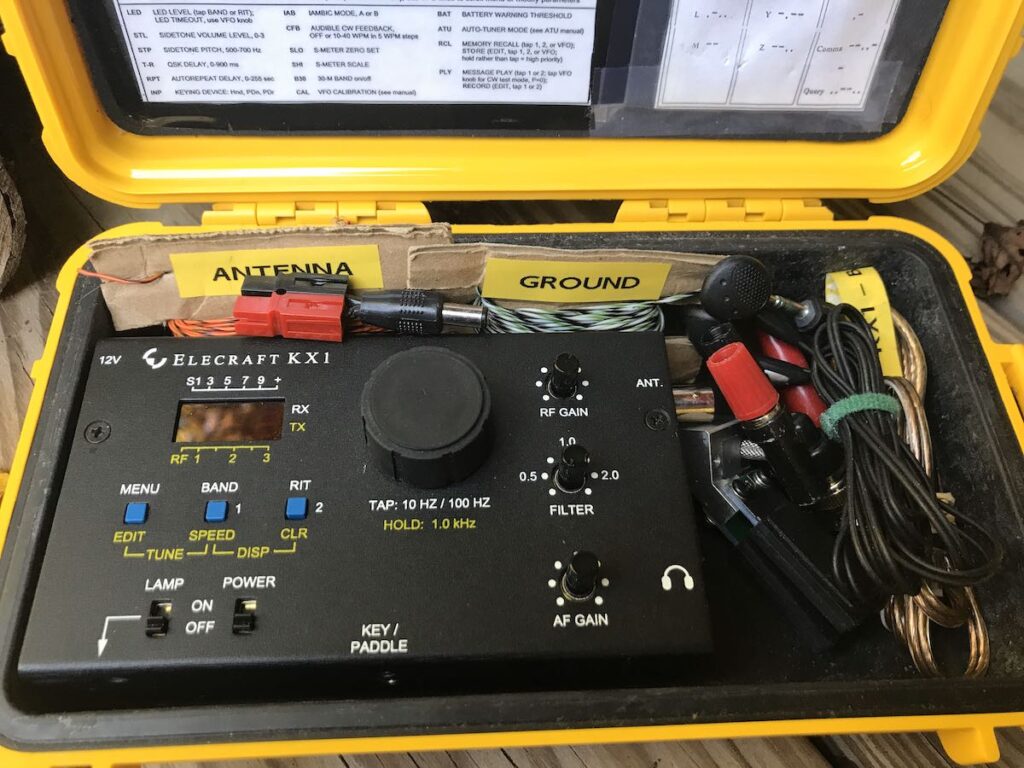 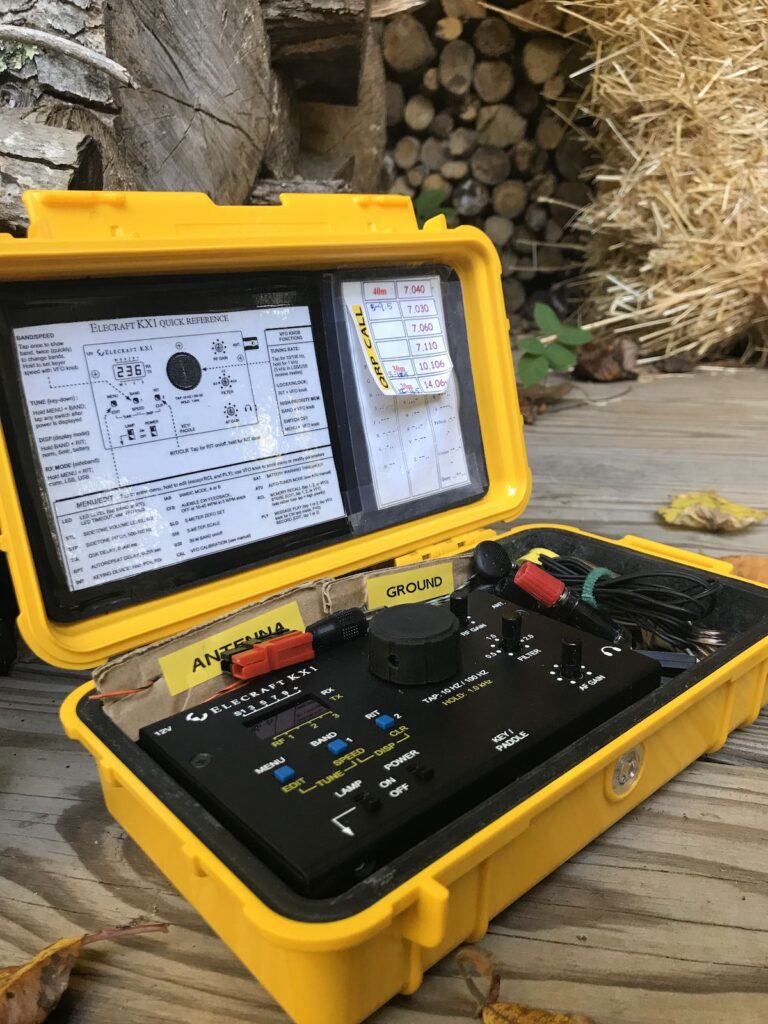 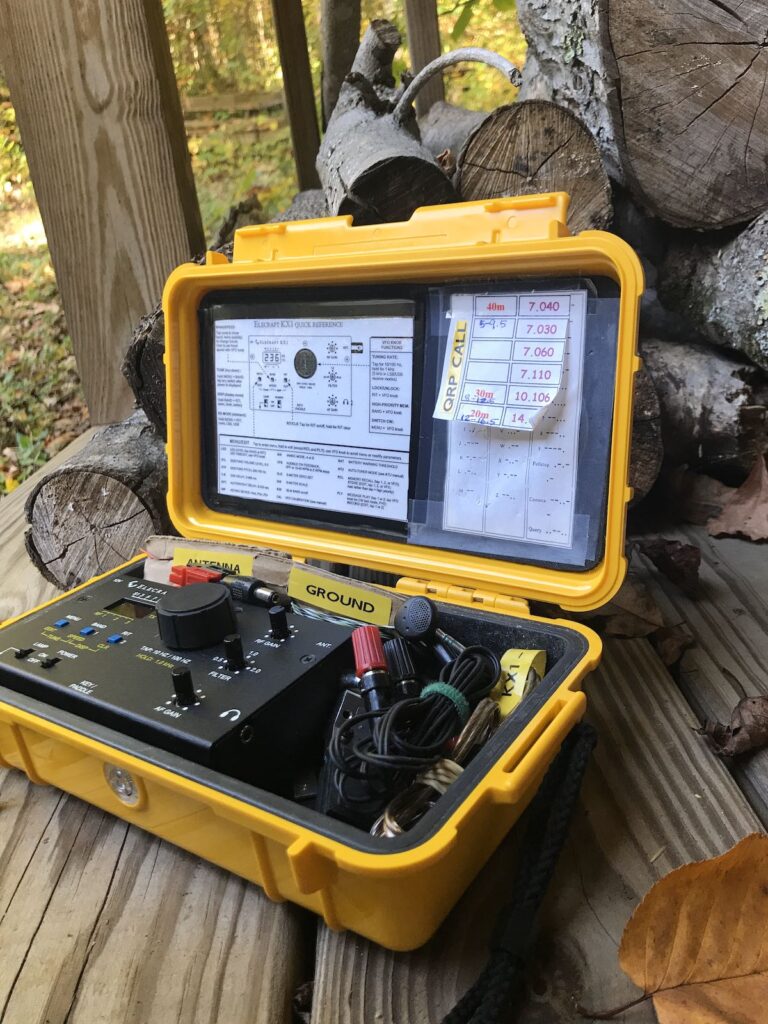 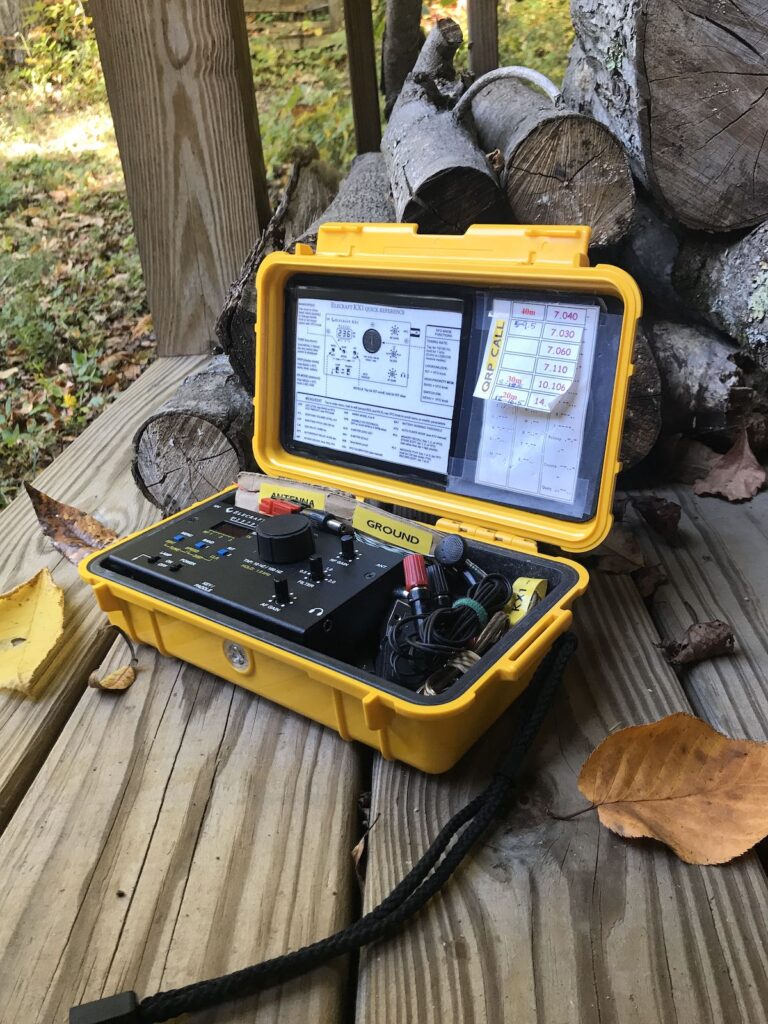 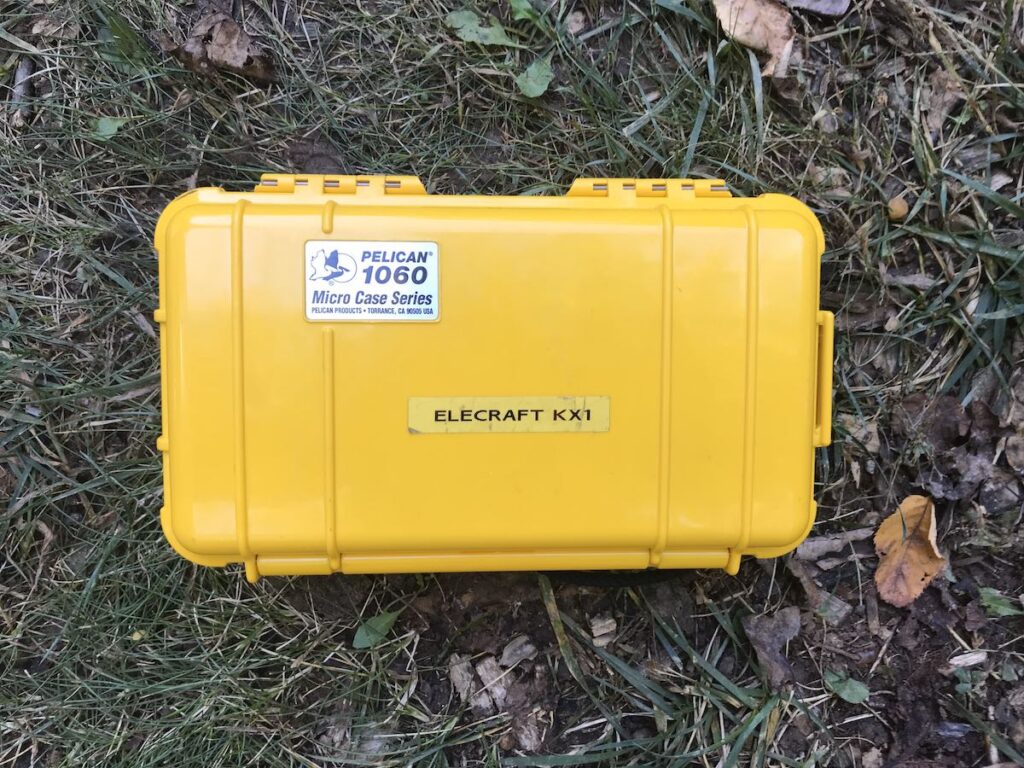 The only issue with the KX1 was that its paddles would only send “dit dah” from either side. I was able to fix this, though, by disassembling the paddles and fixing a short.

Although I’m currently in the process of testing the Icom IC-705, I’ve taken the KX1 along on a number of my park adventures and switched it out during band changes.

Indeed, my first two contacts were made using some nearly-depleted AA rechargeables on 30 meters: I worked a station in Iowa and one in Kansas with perhaps 1.5 watts of output power. 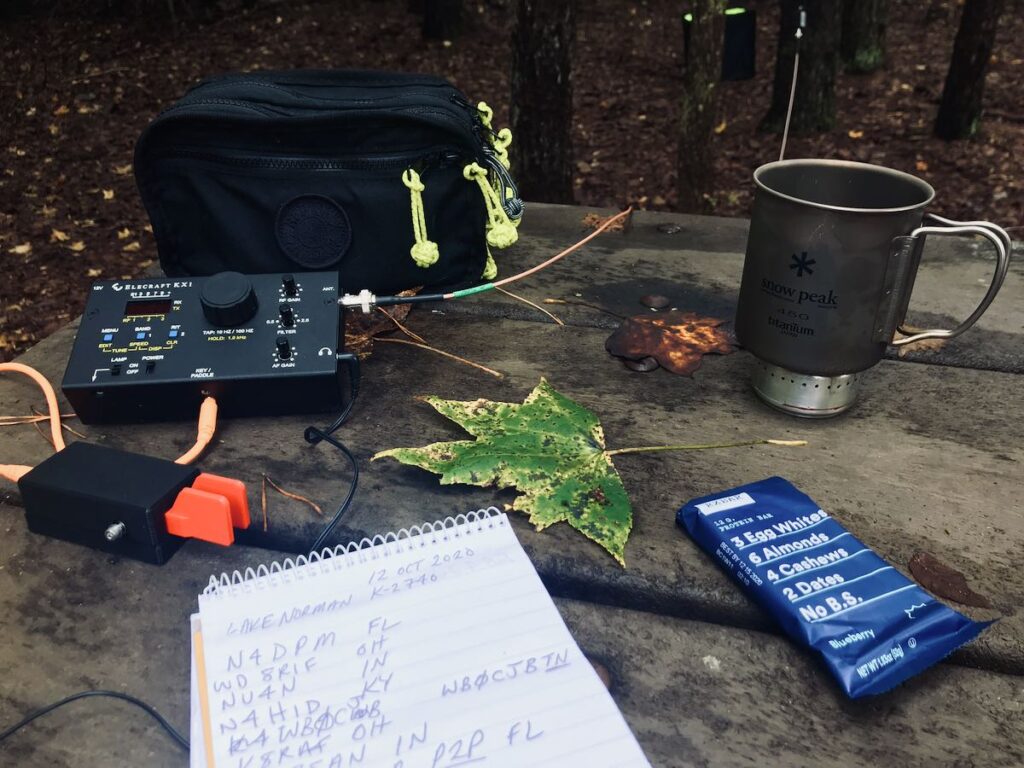 I’m super pleased to have the KX1 back in my field radio arsenal.

I name radios I plan to keep for the long-haul, so I dubbed this little KX1 “Ruby” after one of my favorite actresses, Barbara Stanwyck.

Look for Ruby and me on the air at a park or summit near you!

7 thoughts on “The Elecraft KX1: Reunited and it feels so good.”