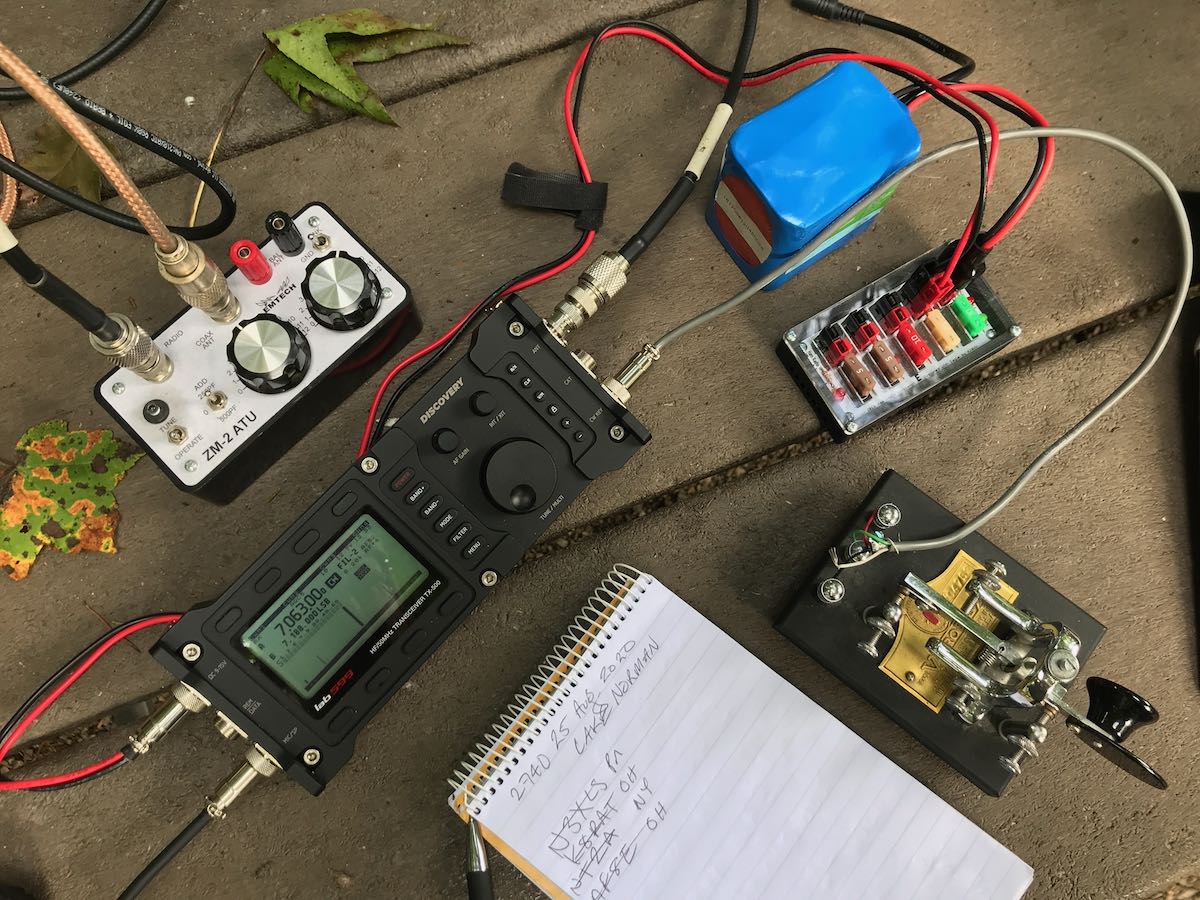 Many thanks to QRPer, Curt, who recently left the following comment on a recent post and noted:

When NPOTA was over I went into withdrawal and I thought POTA was going to fill that void but here in Western PA there’s not much to pick from. We have a lot of parks but none that fall into the park list. One of the local parks I’ve been told not to bother because it’s in the middle of the city and the local police don’t seem to like any activations there for whatever reason.[…]

You’re right, Curt, and I totally understand.  Many local, county, and private parks are not included in the Parks On The Air (POTA) program. POTA tends to include parks that are on a state, provincial, or national level. Not always in every country, but it’s the general rule of thumb.

I don’t know the POTA scene in western PA well because I’ve never thoroughly researched it. With that said, I’m willing to bet there are more accessible parks in your neck of the woods than you might realize at first blush.

Historic sites and parks–both state and national ones–tend to have very defined borders with conspicuous entry points. They’re, in many senses, “low-hanging fruit” for POTA because they’re super easy to find and usually have picnic and camping areas.

You simply locate one on the POTA map, tell your smart phone to take you there, arrive, find a picnic table or parking area near trees, setup,…et voilá! You’re on the air and activating. Typically, a very straight-forward process.

I would suggest new POTA operators start with these types of parks to give their field radio kit a good shake-out. 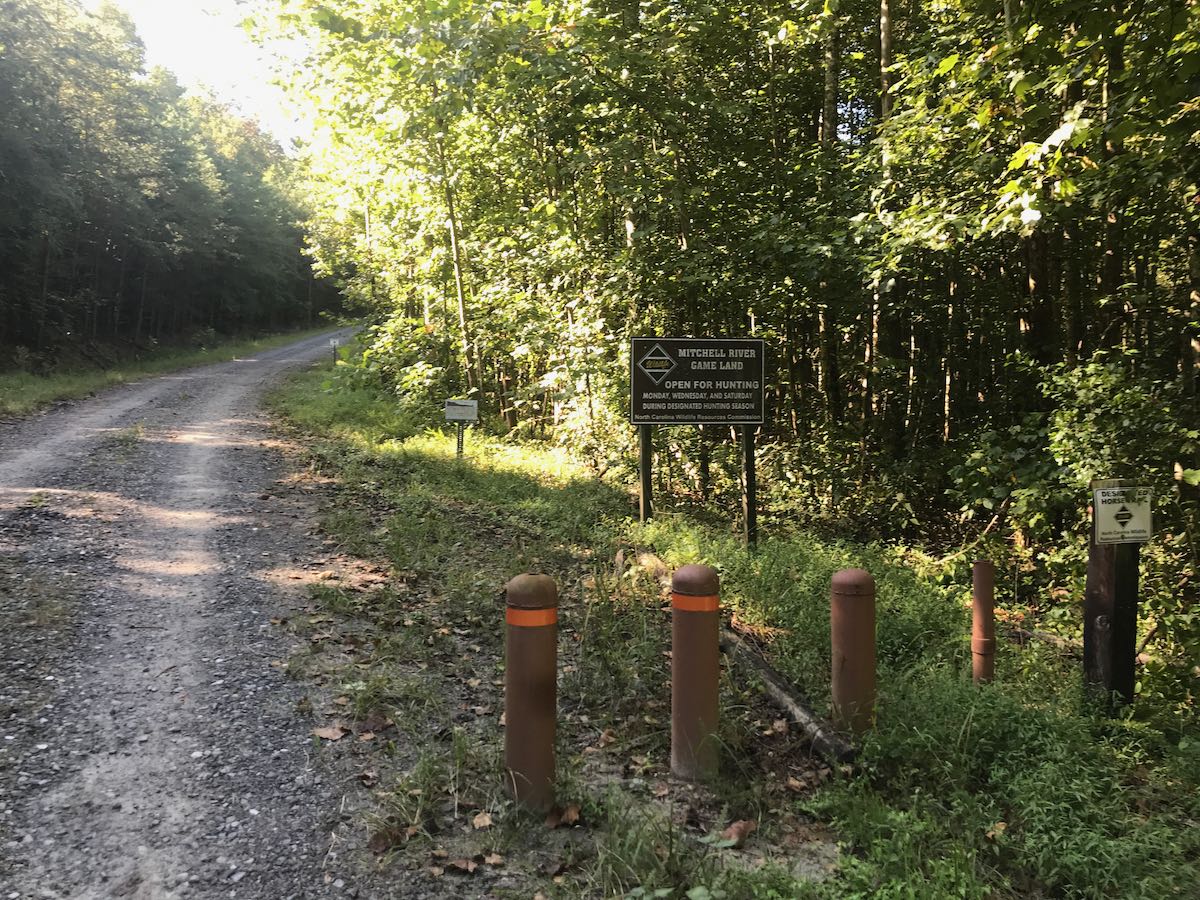 There are so many other POTA entities out there, though, and the POTA map (while an excellent resource) can’t represent them well.

I should add here, that POTA is an international radio activity and I do not know the various types of parks and POTA entities in other countries. There’s a lot of variability.

Here in the States, aside from parks and historic sites, we have other POTA entities like:

These types of public lands can be vast with many possible parking areas and entry points. Some have multiple, disconnected tracts of land and the POTA map only typically represents them as one clickable geo point because it would be incredibly difficult to represent them otherwise.

It requires the POTA activator to do a little planning and research.

Here in North Carolina, we have a lot of state game lands and they’re some of my favorite spots to activate.

Some game lands may only be a couple hundred acres large, others may encompass hundreds of thousands of acres.

Case in Point: Nantahala Game Land is only one entity on the POTA map, but it is located in no less than six western North Carolina counties–dominating the majority of them, in fact.

Check out this map of Nantahala Game Land from the NC WRC website below:

There are probably hundreds of spots where you can find public access to activate this particular POTA park.

Trails are another POTA entity that should not be overlooked. They often snake through areas and have multiple trailheads where you can easily find parking and ample room to activate.

Here’s how I find the more elusive POTA parks… 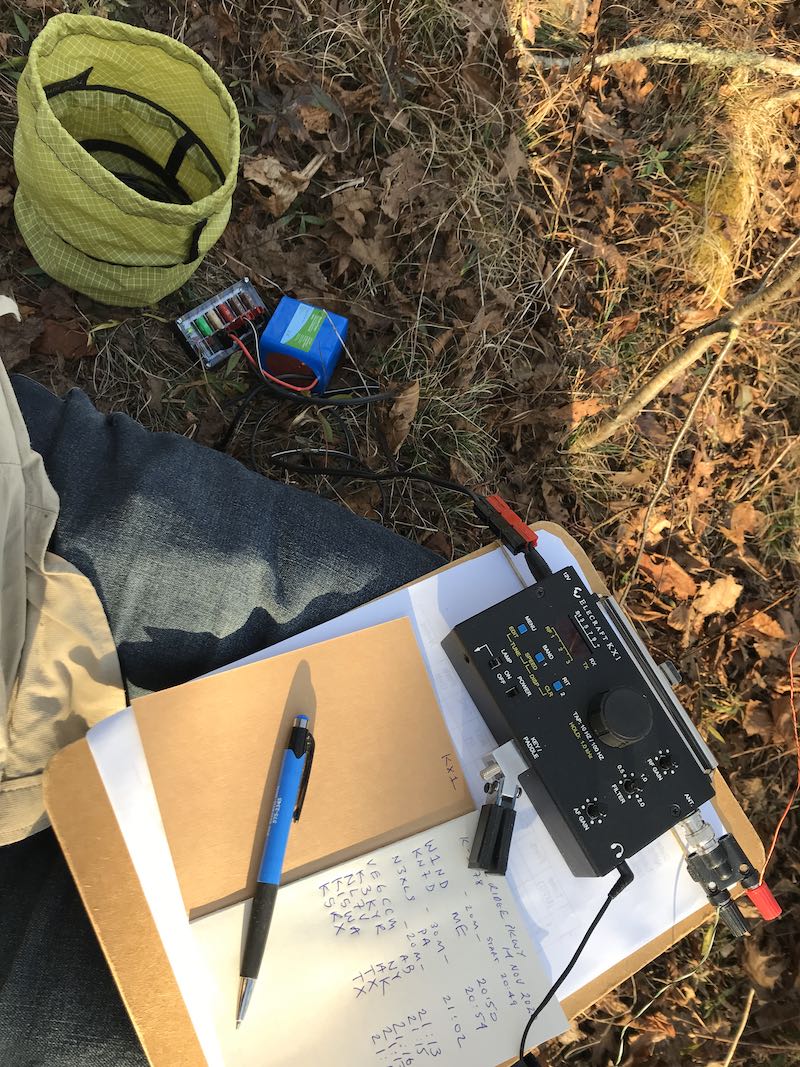 Being a bit of a map geek, I actually love this process!

The POTA map is amazing, but as I said, it simply can’t display the size and geographic shape of each park.

Start with the complete list of POTA entities in your location.

If you have lived the majority of your life where you are now, you’ll likely recognize some of the names associated with the park entities in this list.

Regardless, comb through this long list carefully. Do an internet search on the park names and you’ll quickly discover roughly where the land is located

2. Make a spreadsheet of potential parks

On this sheet make column headers for at least:

Now that you’re developing an activation plan (via your spreadsheet), and you’ve located all of the nearby parks, game lands, wildlife management areas, trails, refuges, etc. it’s time to research each entity and find activation sites.

Most states (and provinces, counties, regions) have sites that will help you find access points to public lands. Each state is different–some (like North Carolina) have amazing online resources, others may not.

If you can’t get the details you need online, don’t hesitate to call those public departments in charge of the lands and ask them about access points. They’re experts on the subject and often your taxes pay their salary. 🙂

To find game land activation sites in North Carolina, I first go to the WRC Map and click on a site. The WRC site will offer up maps and even indicate obvious parking and camping locations.

I then find public roads in/around the game lands and do a Google Map search (you can pick your favorite mapping tool).

I compare the WRC map with the Google map (side by side) and search for parking spots using a satellite view.

Here’s how to find the satellite view on Google Maps using a sample POTA site:

Find the park area based on public roads, then click on satellite view: 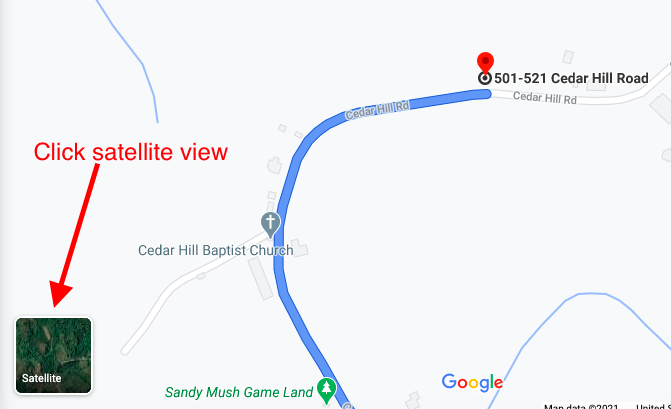 Now you’ll be able to see a bird’s eye view of the land: 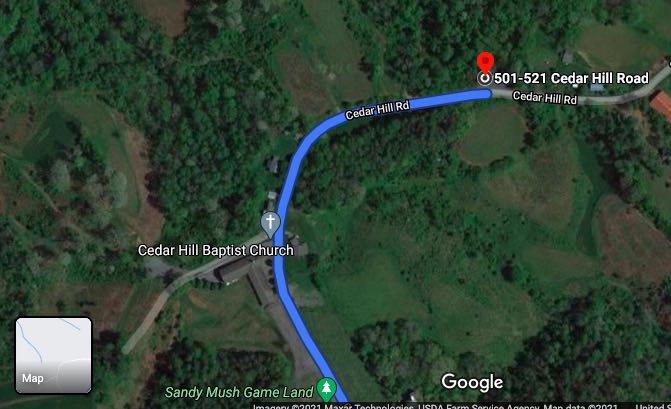 When you zoom in, you often can identify a nice parking spot:

Important note: of course, it’s incredibly important that you compare public land boundaries with your activation site and make sure you will, indeed, be on that POTA entity when you activate. While there are no POTA police–nor will there ever be–I personally want to be 100% sure I’m activating entirely within the boundaries of my chosen park. Google Maps can’t be trusted to indicate unit boundaries–one needs to compare the state or federal maps of the unit to be sure.

Next, I take those geo coordinates (map links) and embed them in my POTA spreadsheet.

Later on, when I decide to activate that park, all of my research is done! I simply grab my gear and go. 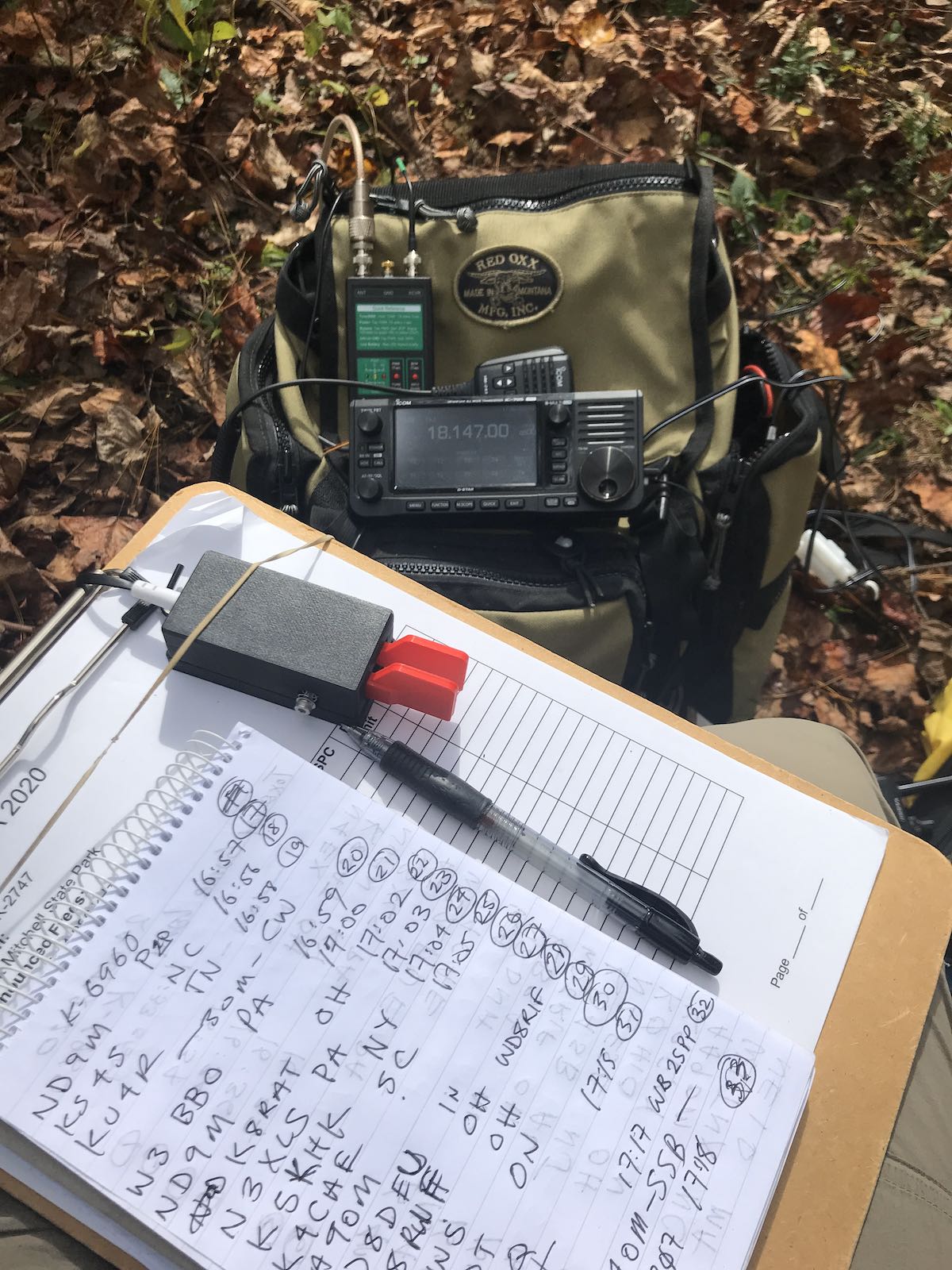 If you’re like me, you may be surprised how many potential activation sites there are in your region when you take a closer look at public land boundaries and access points.

I found at least five POTA sites within a 90 minute drive of my home that were ATNOs (All-Time New Ones) that no one had activated.

How do you research parks–?

I probably should not call this a “Pro Tip” because I’m not a professional!

There are many different ways you can find great POTA sites within your region. Please feel free to share your POTA procedure with us in the comments!

One thought on “Parks On The Air Pro Tip: Finding more park sites to activate”