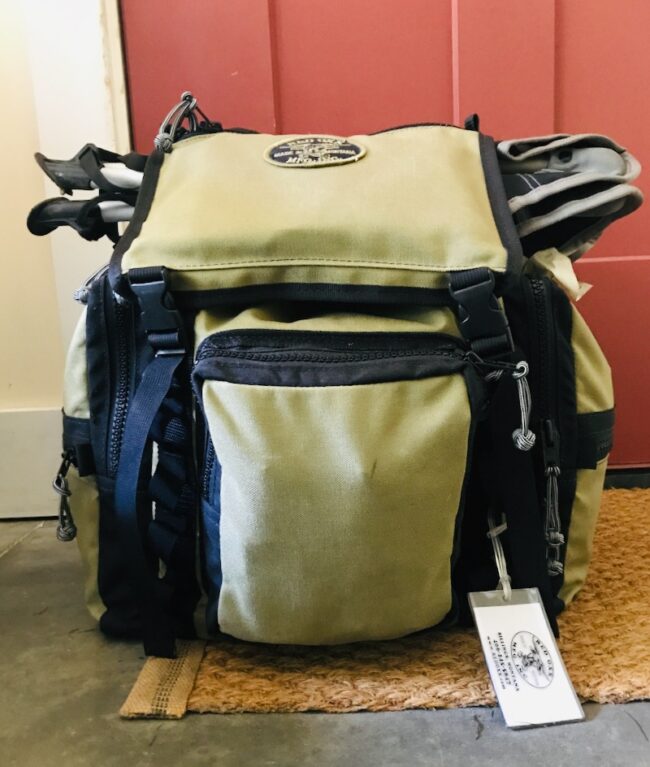 I feel pretty lucky that my QTH borders tens of thousands of acres of protected lands: a watershed, Pisgah National Forest, and Pisgah Game Land WRC. Our family enjoys hiking, so we often venture into the forest around our house  and explore the ridge lines, peaks, and views.

This year, while exploring all of the public lands available to activate in the Parks On The Air (POTA) program, I realized there were no less than two sites within a 30-35 minute hike of my home! Quite literally, in my back yard.

In fact, there’s a large area where two POTA entities overlap–Pisgah National Forest and Pisgah Game Land–giving me the opportunity to activate both sites simultaneously as a “two-fer.”

If it’s so close, you may wonder why I haven’t activated it yet–? Well, by the time I realized the park boundary overlap was within hiking distance of the house, we were well into spring, thus the forest was lush with vegetation and the hike to the site requires proper trail-blazing with an elevation change of 600′ (183M). It’s a much easier hike in fall and winter when you can actually see where you’re going through the trees.

Still: Saturday morning, the weather was so perfect for hiking I floated the idea by my teenage daughter, Geneva: “I’ve got a hankering to hike up the mountain today and do a POTA activation.” She replied, “I’ll need to pack my daypack and take the HT.” She was eager to see if she could communicate back to the house simplex with her mom and sis with her new FT-60R handheld. 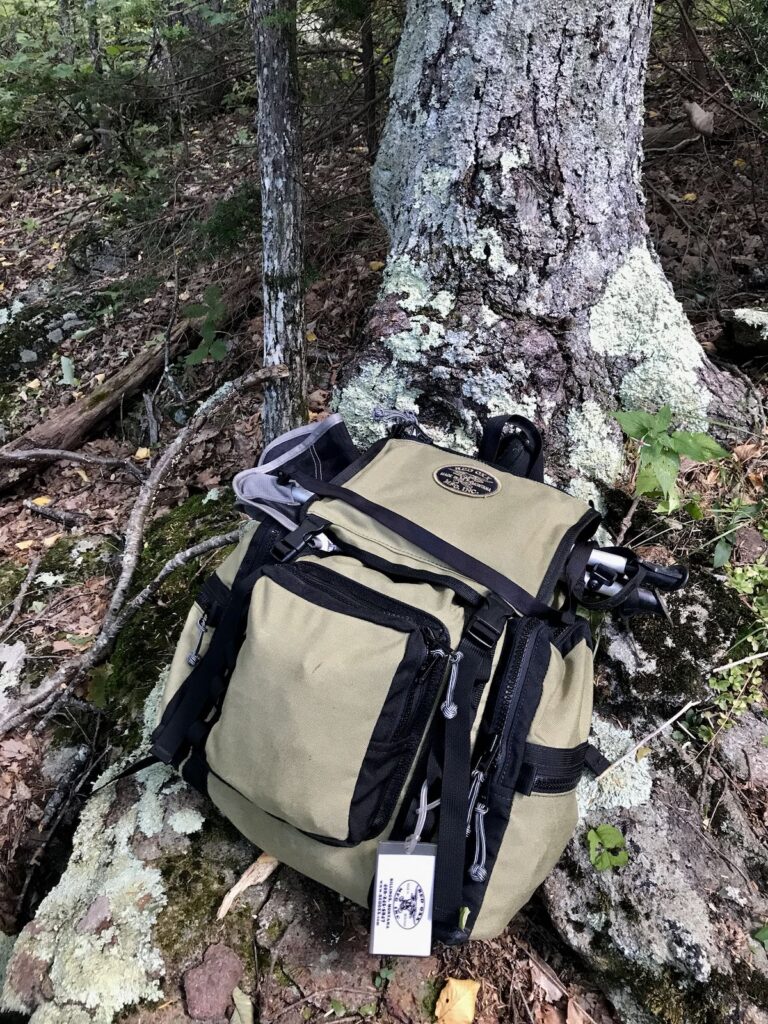 My wife gave me her blessing, so I packed my trusty Red Oxx C-Ruck with my Elecraft KX2 kit, CHA Emcomm III Portable antenna, water, snacks, logbook and tablet, and used the ruck top flap to secure my three leg folding stool.

We arrived at a suitable site about 40 minutes after leaving the QTH. My Garmin GPS and topo maps confirmed we were well within park boundaries. I found a rock outcropping and set up my station.

Even though the area was pretty dense with trees, Rhododendrons, and Mountain Laurel, I had no difficulty deploying the Emcomm III Portable antenna using my throw line.

The Elecraft KX2 had no trouble at all matching the Emcomm III on all bands.

Even though Geneva was busy communicating with her sister (back at “Mission Control” via simplex) on the FT-60R, she actively logged all of my contact on the Surface Go tablet using N3FJP’s excellent contact log. 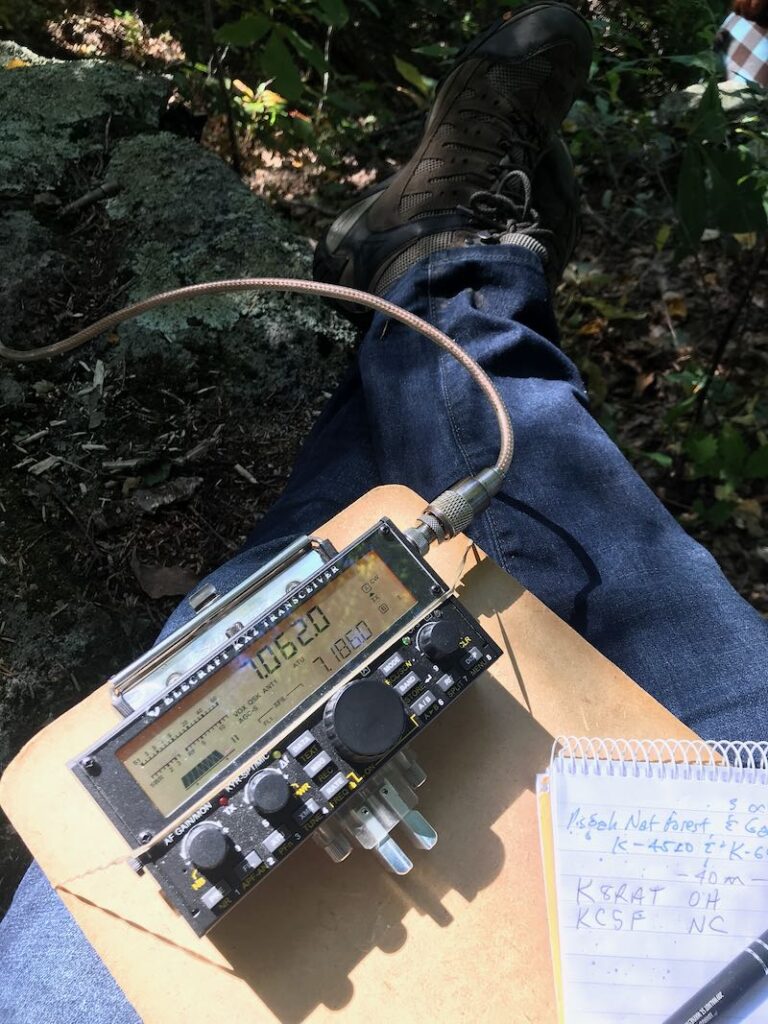 I quickly logged eleven contacts on 80 and 40 meters and my daughter suggested we cut the activation a bit short to take in more hiking. 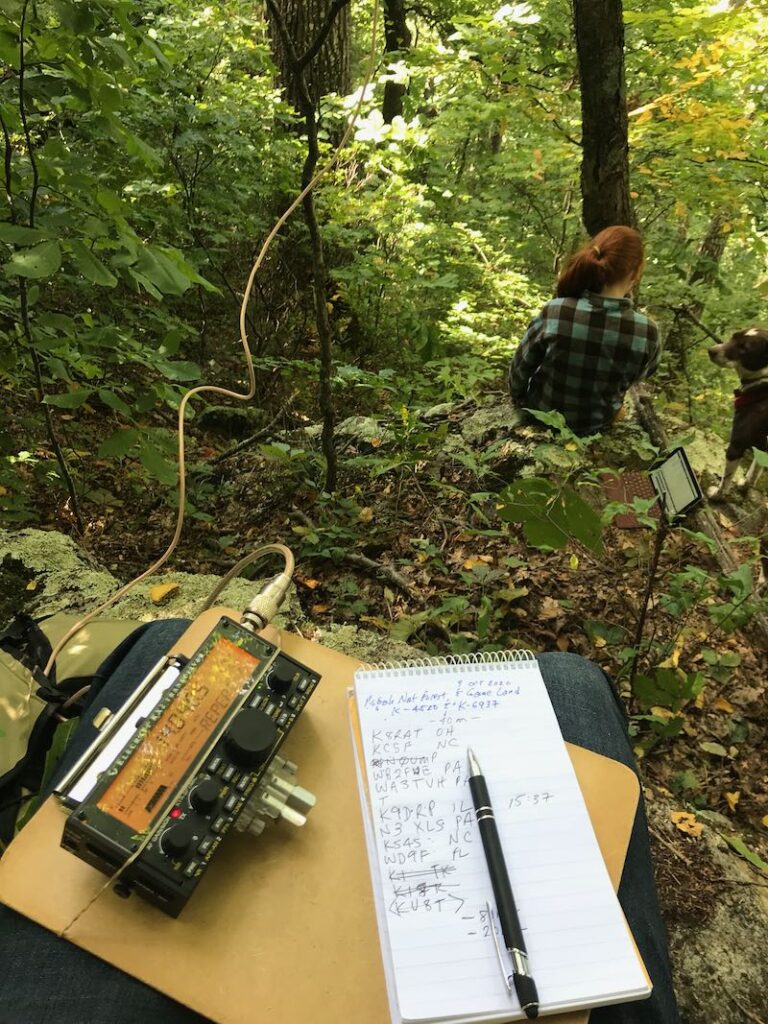 We both wanted to follow a trail we found and see if it lead to the Blue Ridge Parkway.

I packed up the station and hit the trail!

It turned out to be a good 45 minute trek along a ridge line increasing our elevation about 1,000′ (305M) ASL compared with home. The trail to the BRP was what I would call a moderately difficult trail (much easier than trail-blazing up the mountain!). 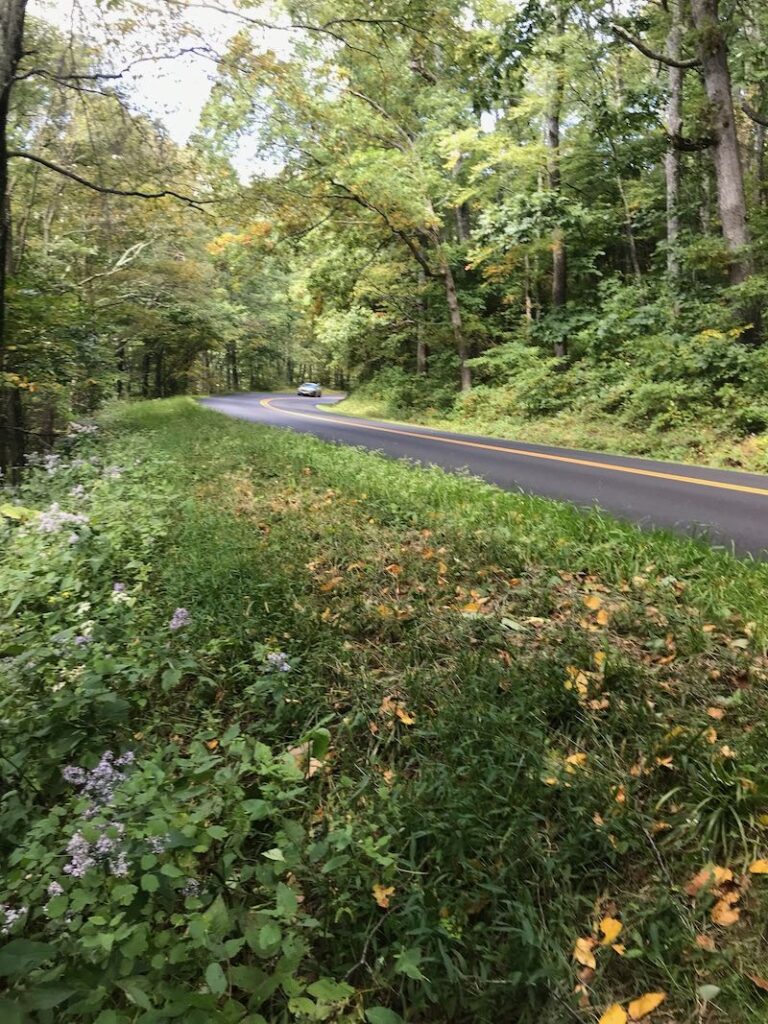 In the end, we found the Blue Ridge Parkway and the trail head to ascend Lane Pinnacle which is an excellent SOTA site. We decided to save Lane for another day this fall/winter with a very early departure from home.

Neva also discovered she could easily chat with her sister back at the QTH via 2 meter simplex at the parkway. This means I can definitely chat with the family back home when I eventually make that Lane Pinnacle SOTA activation.

The hike back to the POTA site was mostly downhill so only took about 40 minutes. I then veered off the path to trail-blaze our way back to the house. I did get a little off course which added about 25 minutes (!!) to our descent and requiring us to mitigate the steepest part of the ridge. Next time, I’ll pay more attention to my GPS map (although, in the winter, it’ll be much easier).

Still, it was a very enjoyable hike and certainly one of the more challenging I’ve been on in ages mainly due to the steep part at the end. 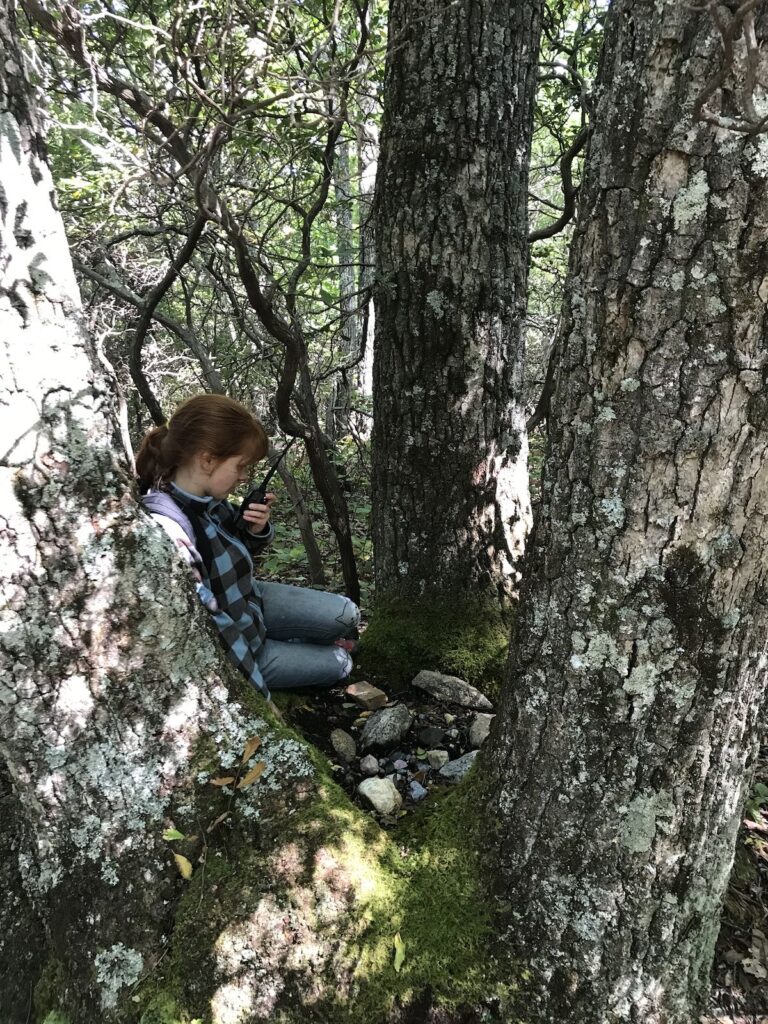 All-in-all: I discovered that there are no less than three POTA sites and one SOTA site within hiking distance of the QTH. The best part, by far, was the father/daughter time. Geneva is always up for an adventure (including currently studying for her General class license!).