It seems like lately I’ve had to work hard to log 10-15 contacts during my Parks On The Air (POTA) activations.  Propagation has been so flaky, I use every trick in the book to snag at least my ten contacts for a valid activation: change antenna configuration, run up to 40-50 watts output, employ both CW and SSB, have friends spot me on the network, and try every band possible (typically from 80-17).

Note that the majority of my activations are proper QRP and rarely do I spend longer than 60 to 90 minutes actually on the air. Indeed, many of my activations are only 60 minutes long including set-up and take-down. That may seem short to most POTA folks, but that’s what works in my schedule and family life: quick hits. It’s one of the reasons I’m not more active in Summits On The Air (SOTA)–I need more time for those sites as they’re not as accessible as our numerous POTA entities. 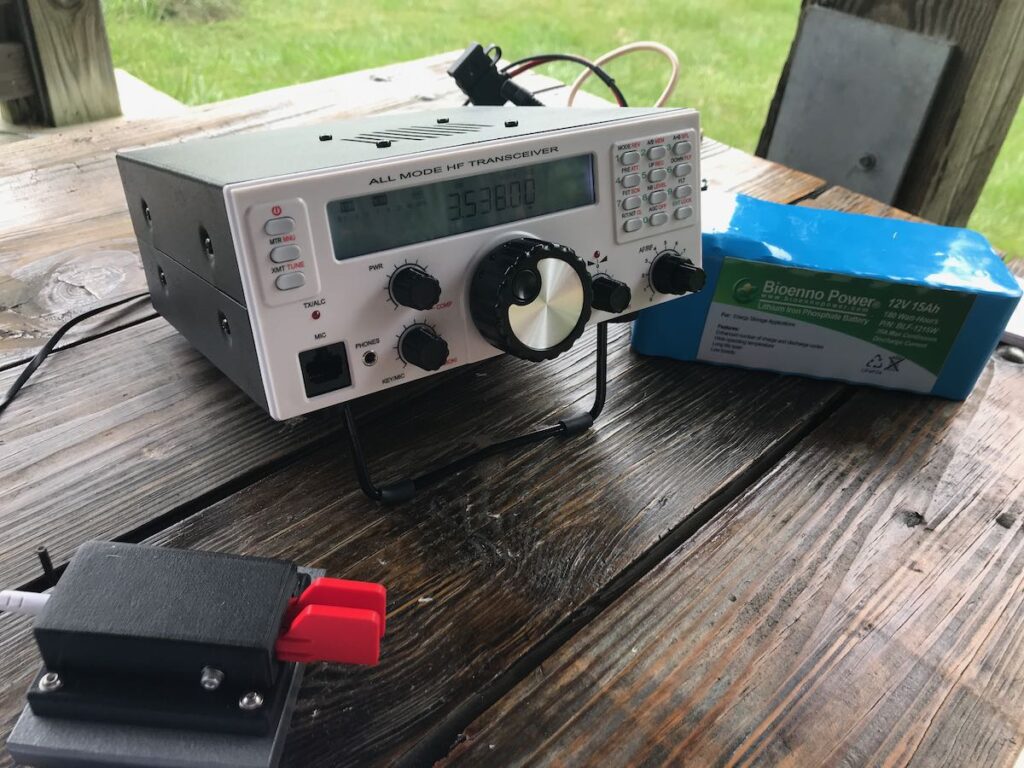 Still, our local star has been misbehaving, and I had not planned to do an activation on Sunday (September 28) because I saw the propagation forecast and it was rather discouraging (A index 26, SW 505, Bz -2).

From home that morning, I chased a few parks but found it challenging to hear most of them. QSB was incredibly deep–strong stations gone in an instant.

Still, my wife suggested we take a picnic to one of our favorite local spots and how could I possibly visit a park without activating it? Right–? 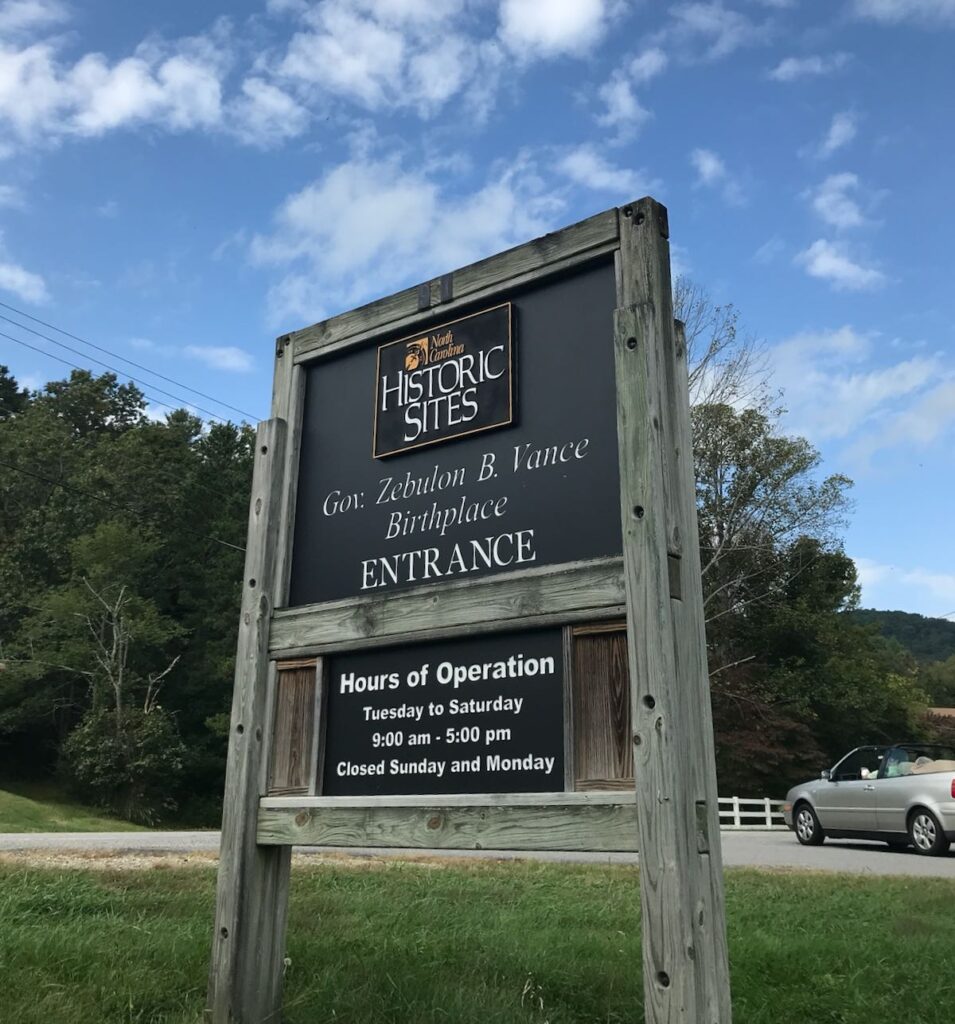 What we, as a family, love about this site is the large covered picnic area and historic log cabins. Also, the site receives very few visitors on Sundays when the main museum is closed.

Each time we visit the Vance site, we bring my MSR liquid fuel stove and make lunch/dinner. 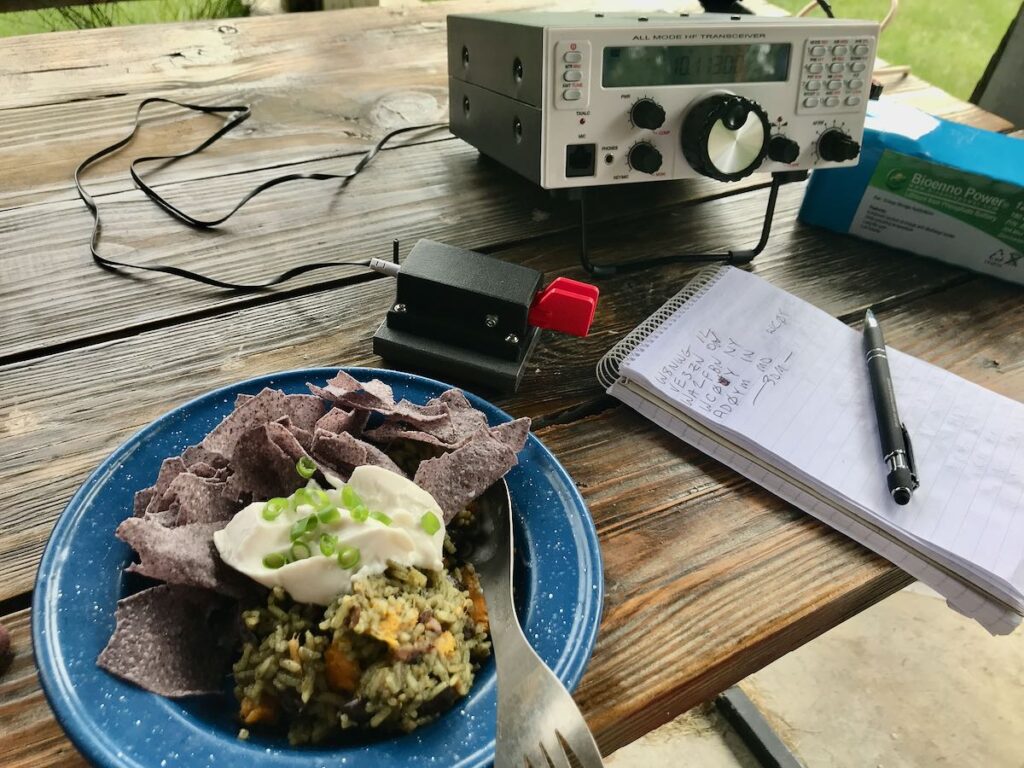 I set up the stove, got lunch started and my wife took over food prep.

Knowing propagation was unstable, I opted for more than QRP power this time–at least, at first–so I chose the Mission RGO One transceiver (capable of 55 W output) and CHA Emcomm III Portable antenna for this activation. 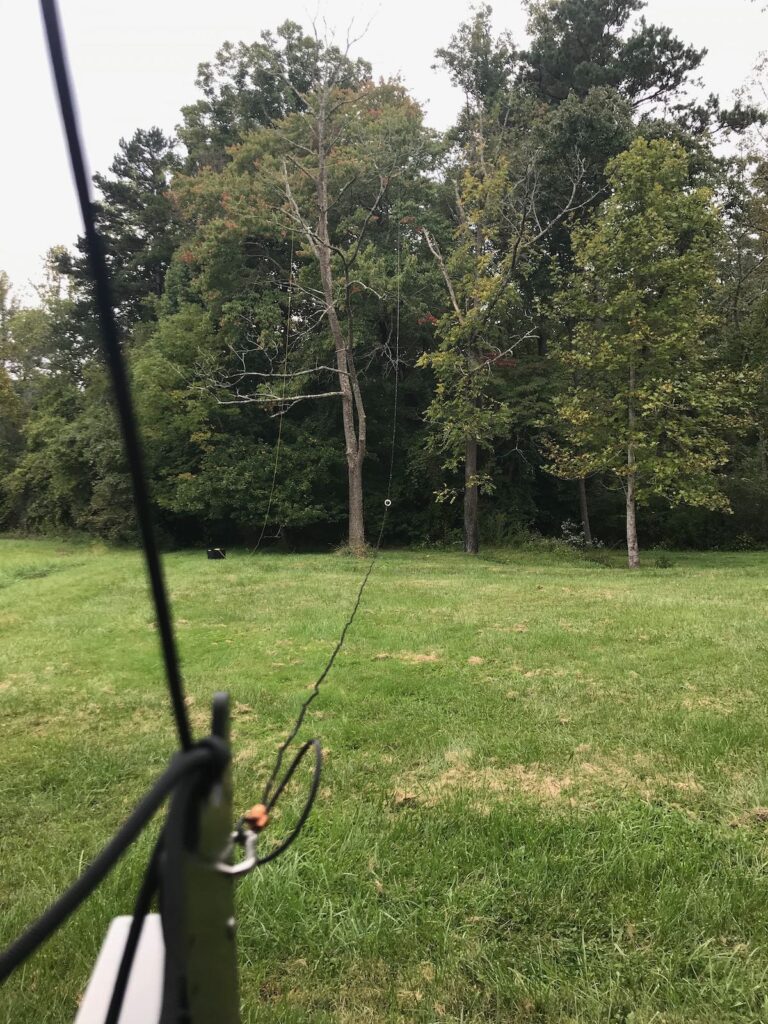 I deployed the Emcomm III in a sloping configuration with the end of the 73′ radiator high in a nearby (dead) tree and the counterpoise on the ground. I also suspended the winder/balun from the corner of one of the shelter’s rafter’s with paracord.

Since it’s difficult to see a wire antenna in photos, I’ve labeled the components in the following image (click to enlarge): 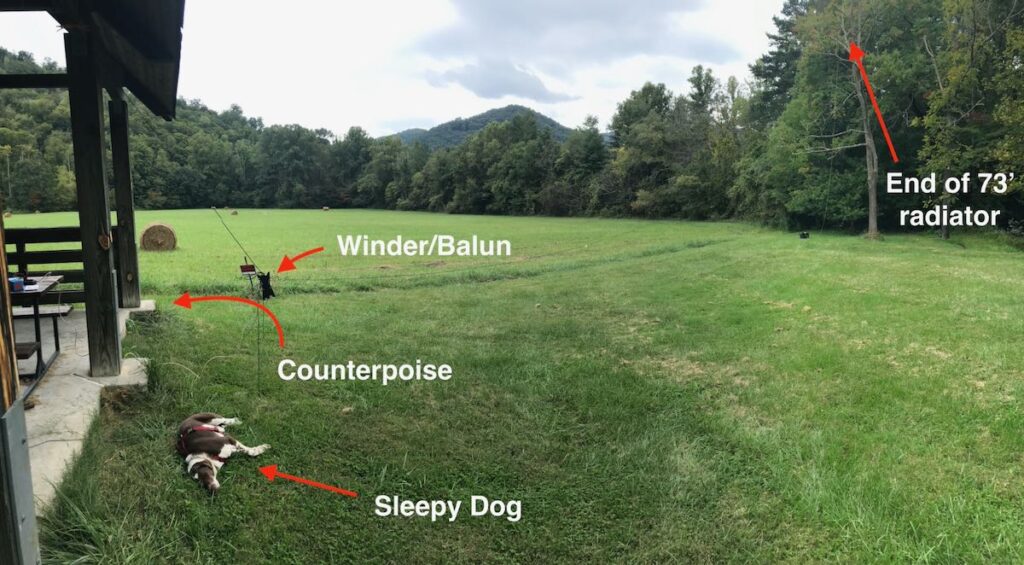 I didn’t know if this configuration would prove useful, but I knew it would be better than attempting this activation with my Wolf River Coils TIA vertical antenna.

I hopped on the air starting on 80M CW (at the request of my buddy WD8RIF), worked him and three stations in rapid succession. After a few minutes of silence, I moved up to the 40 meter band and worked 16 stations. I then moved to 30 meters and worked 11 stations.

I was working more stations than I would have ever guessed beforehand. 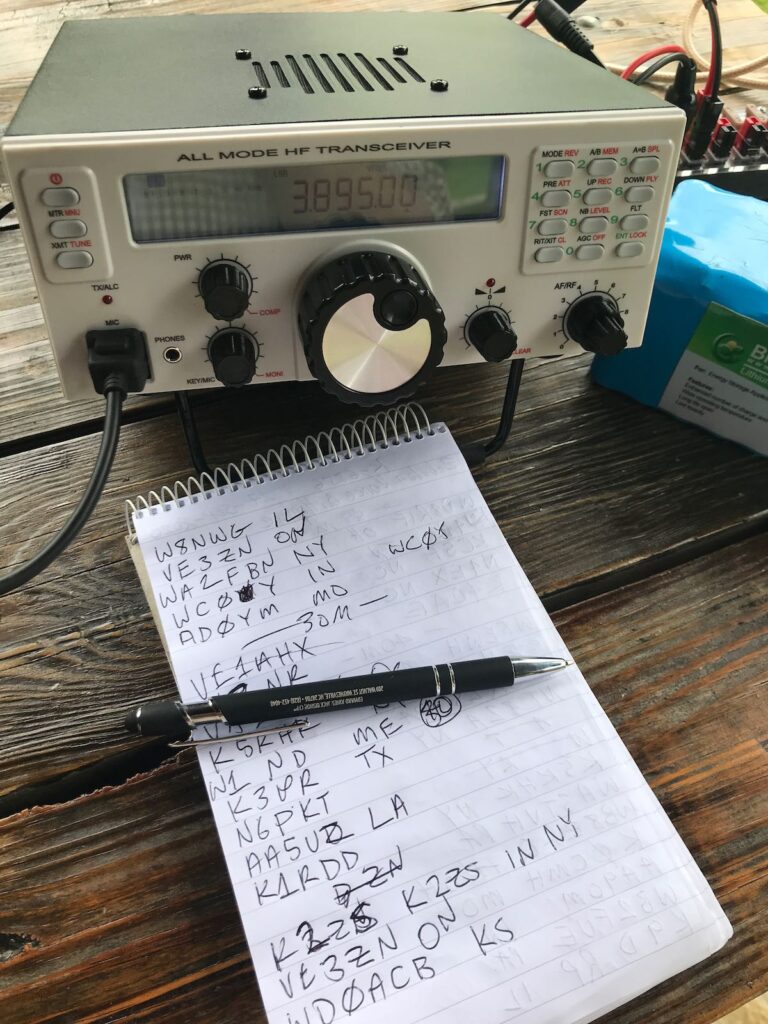 Since I only had about 10 minutes to spare after working 30 meters, I decided to plug in the microphone and work some park-to-park contacts. While I always intend to hunt for other parks while I’m in the field, more times than not, I don’t have the luxury of an Internet connection to check the POTA spots page like I did at Vance on Sunday. 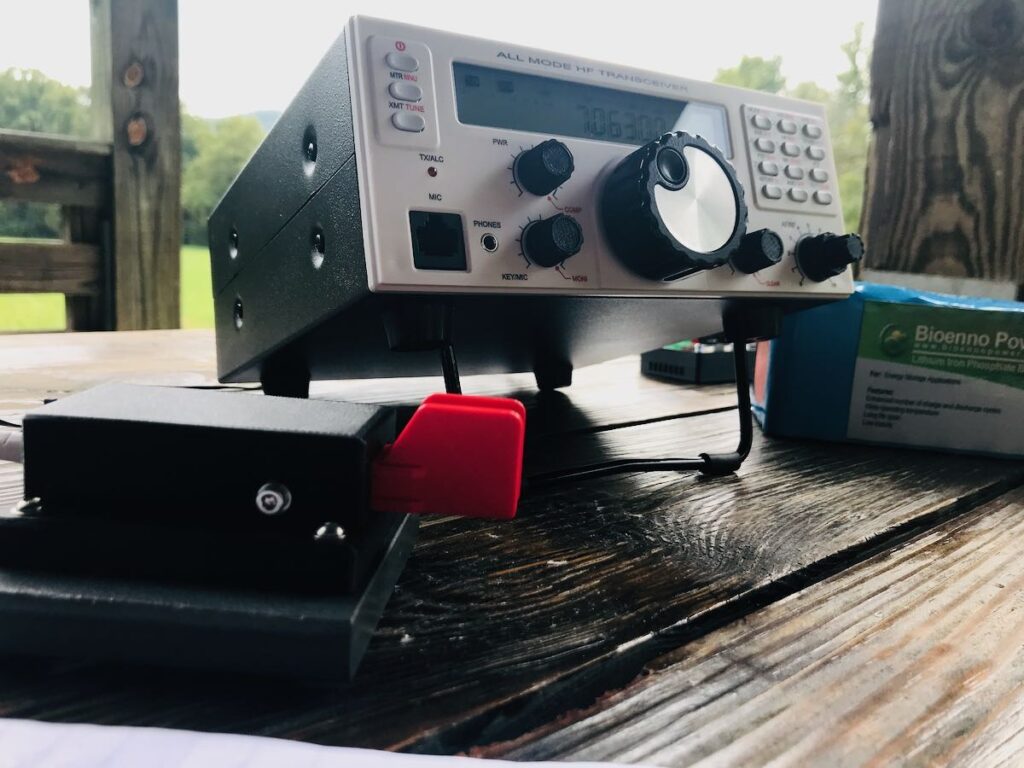 CW Morse recently surprised me by sending a few of their products to evaluate in the field (guessing they saw my previous post asking about keys–?).

I must say, I really love the CW Morse double paddles. They’re fully (and easily) adjustable, the action is responsive and smooth, and with the base, they’re incredibly stable on a hard surface. I highly recommend them.

At a setting like we had at Vance, I love the heavy base plate, but if I planned to hike into a site, I believe I’d remove the base to save on weight. 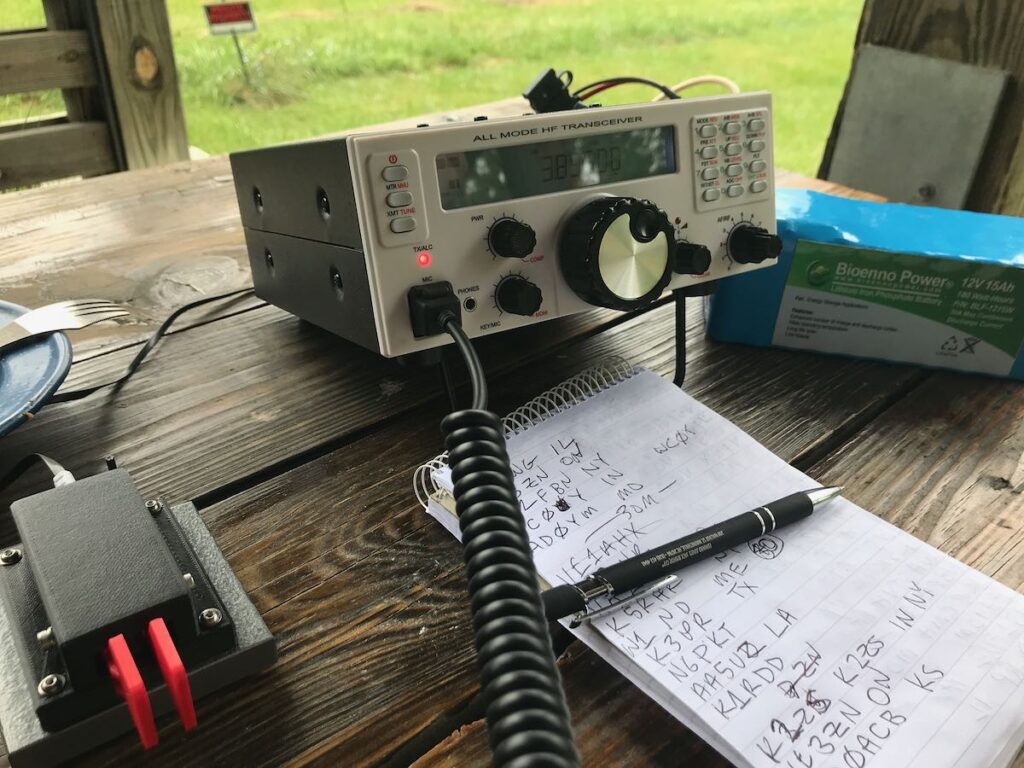 Perhaps there was a brief window of stability between solar events and I was able to take advantage of that while I was on the air? I’m not sure.

I never expected to log 37 contacts in the space of a little over an hour (with some of that time being off the air to help with picnic prep). Not on that Sunday when the solar numbers were in the dumps.

I’d like to believe it was a combination of things:

All I know is, I had a blast! It’s hard to beat a combination of good radio, good food, good scenery, and good weather!

I suppose this was also a lesson in simply hitting the field and ignoring the propagation.

Or as Rear Admiral David G. Farragut once famously said, “Damn the torpedoes, full speed ahead!”