This year, I’ve had a blast finding game lands to activate for the Parks On The Air (POTA) program as they are typically are less crowded, have open areas to hang long antennas, and sometimes even give me a chance to do a little off-roading.

I’ve had Toxaway on my list of game lands to activate since April, but it’s a good 1.5 hour drive from the QTH and not in a part of the state I routinely drive through these days. After some searching, via the excellent WRC interactive map, I was able to find one access point that even appeared to have parking for a trail head.

I checked with the family and they were all up for a  drive and picnic lunch.

It’s still “leaf-looking” season here in the mountains of western North Carolina, so the roads were pretty crowded with tourists.  The closer we got to this relatively remote site, though, the less traffic. A very good sign!

Chameleon Antennas recently sent me their new CHA MPAS Lite vertical to evaluate and I had planned on deploying it for this activation, but once I arrived on site, I realized I should have checked a topo map first: it was deep in a valley near a creek and I questioned the wisdom of using a short vertical in this situation. That and propagation wasn’t exactly stellar.

Fortunately, there were tall trees around, so I deployed the CHA Emcomm III Portable random wire antenna which has become one of my favorite field antennas. 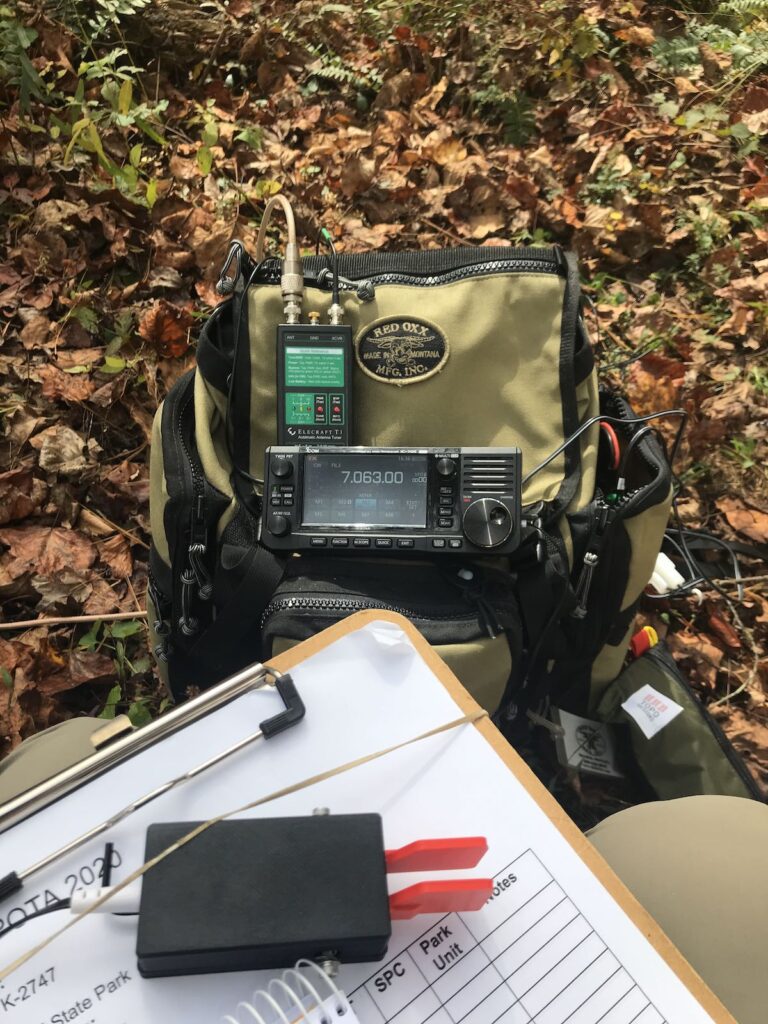 Saturday was also the CQ WW SSB contest, so the phone portions of the bands were very busy with contest activity. I planned to make this primarily a CW activation.

After setting up the Icom IC-705, I attached my Elecraft T1 ATU to the rig and antenna. Since this turned out to be a parking area activation, I could have set up my portable table, but instead, I used the Red Oxx C-Ruck pack to support the IC-705 and ATU. 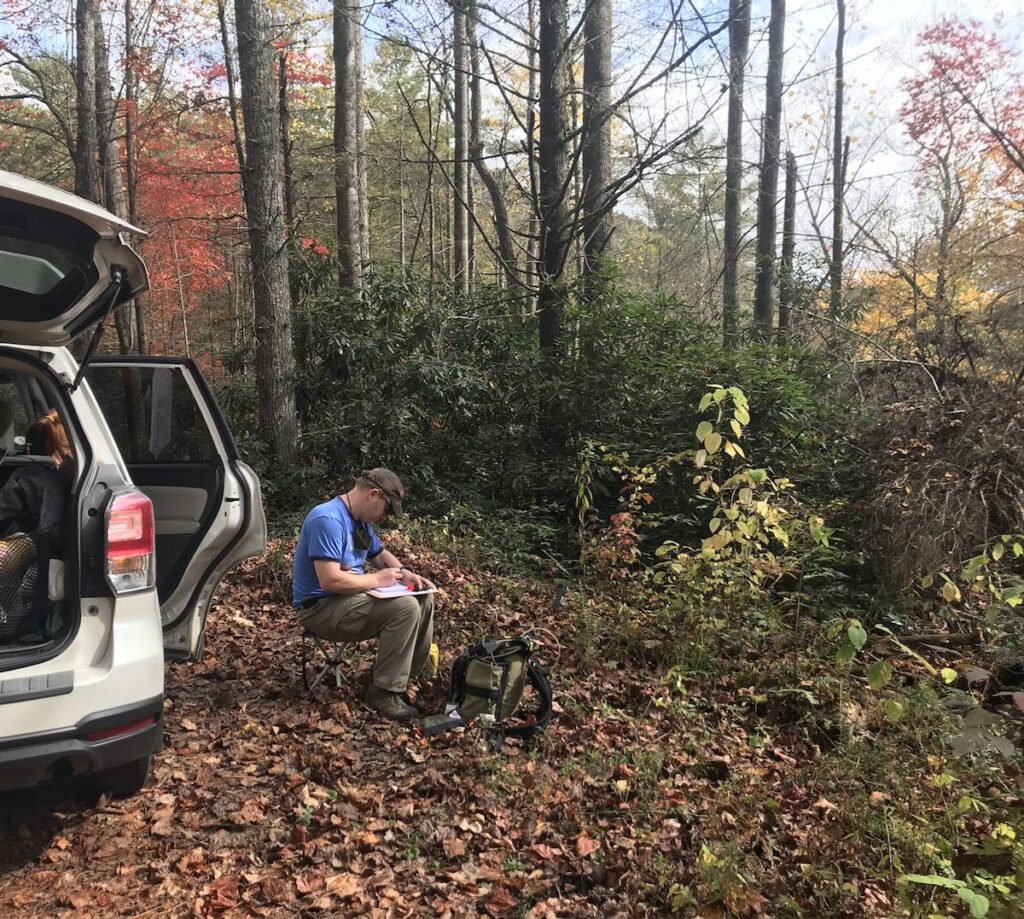 Using the C-Ruck as a mini field table saves time. I discovered how useful this pack was while evaluating the lab599 Discovery TX-500 in August.

I started calling CQ POTA on 40 meters and within seconds the the POTA site auto-spotted me via the Reverse Beacon Network (RBN). I only called CQ POTA twice before I started working pile-ups. 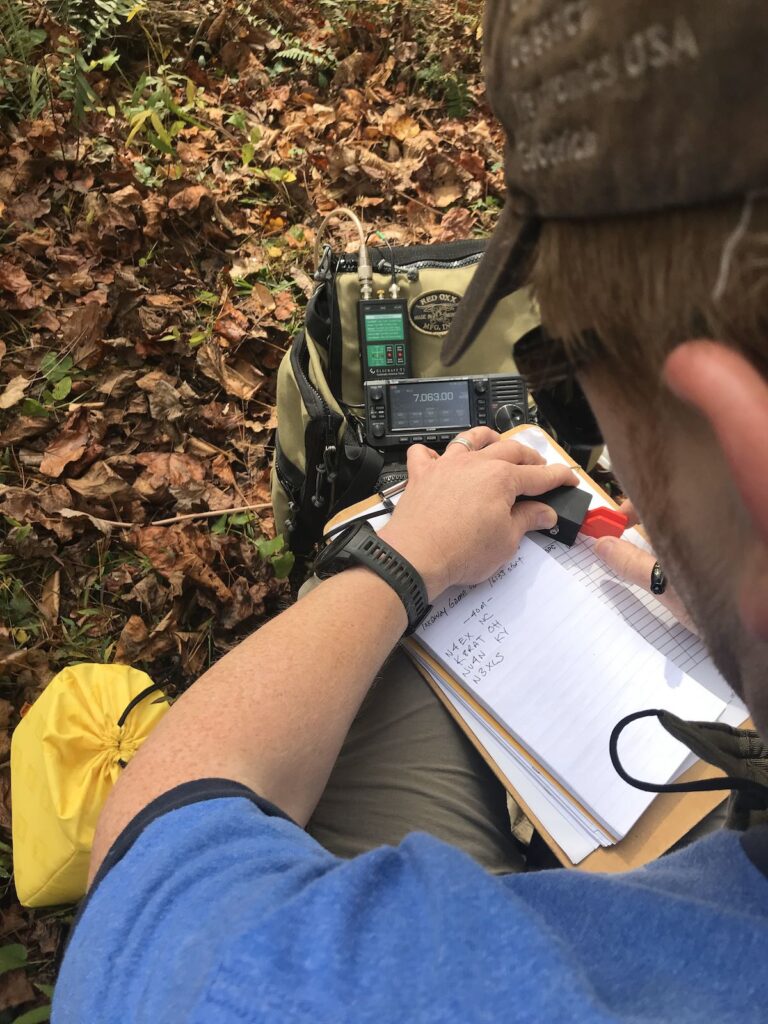 The Emcomm III Portable antenna performed admirably as I pushed a full 10 watts of power.

Indeed, for me, this activation was a bit of a sprint to answer everyone calling me in the amount of time I had at the site. To make the activation work in our Saturday schedule, I only allowed for one hour on the air. 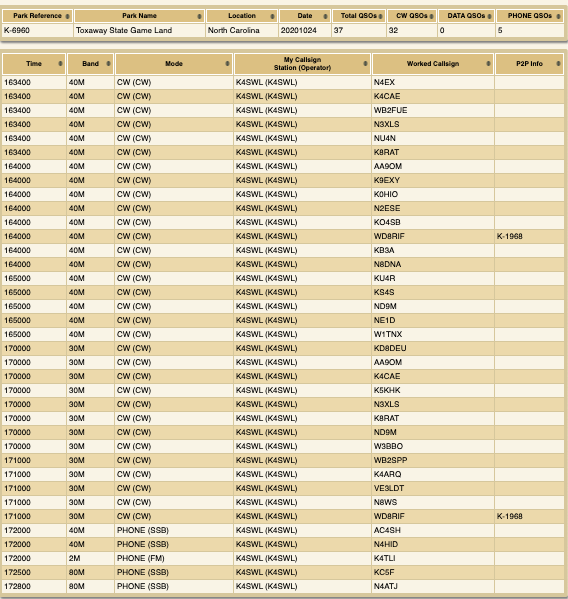 I could have worked many more stations had I moved to 20 meters CW and then back to 40 meters CW, but I did want to make a few SSB QSOs and even attempt hunting other POTA parks.

Some highlights: working my buddies (and fellow SEORAT members) Eric (WD8RIF) in park-to-park contacts, and Mike (K8RAT) who is one of the top hunters in POTA and also huge support to Eric and me in the field.

I was also very pleased to work another local park activator, Steve (KC5F), who is an excellent CW op–indeed, I believe this was our first SSB contact! Steve primarily operates CW with his Xiegu G90.  We typically struggle working each other because we’re simply too close geographically! 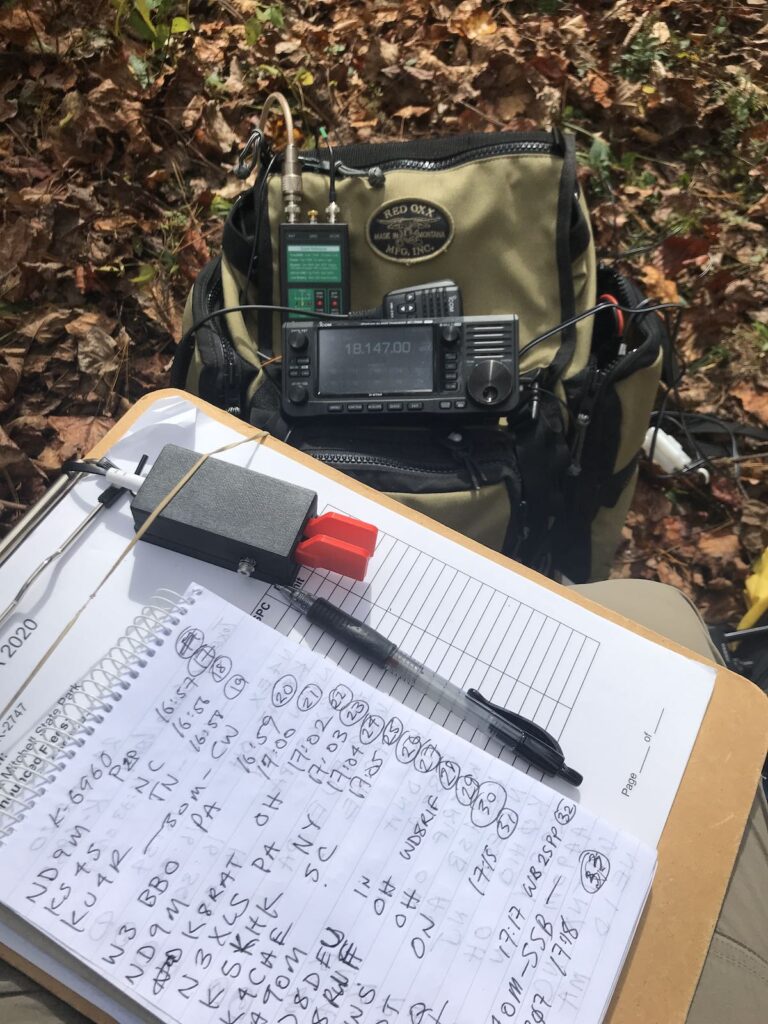 All in all, it was amazing fun!

Once again, I was impressed with the IC-705’s capabilities, the T1’s excellent matching skills, and the Emcomm III portable’s performance. 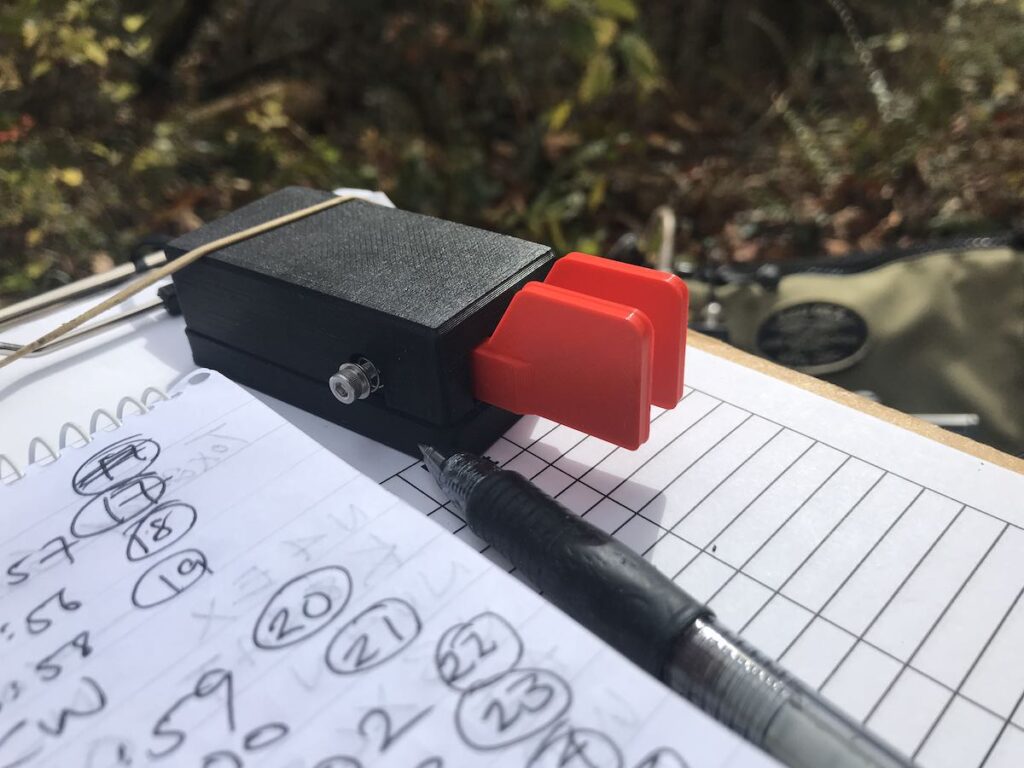 I also find the CW Morse Pocket Paddle to be a brilliant portable paddle. It’s slightly larger than my N0SA paddles, but still very portable. I’ve been carrying them in the top flap of my ruck sack.

I will plan to return to Toxaway, perhaps this winter, and spend more time at the site.