The following article first appeared on our sister site, the SWLing Post.

You might have noticed from recent posts, I’ve been on a bit of a POTA (Parks On The Air) kick lately.

I’ve been enjoying taking the Xiegu G90 to the field and seeing just how well it performs under intensive use on battery power. So far, it has certainly proven itself to be a capable field rig.

Still, on two recent activations I also brought my trusty Elecraft KX2 along as well.  Without a doubt, it’s still my number one field rig. It will be difficult for another field transceiver to displace it.

With that said, the G90 is less than half the price of the KX2 (when the KX2 is configured with the optional ATU). The G90 can also pump out a full 20 watts of power–nearly double that of the KX2. I also love the G90’s spectrum display which makes it so easy to find free frequencies and hunt other parks. Its internal antenna tuner–like the KX2’s–can match almost anything very quickly.

Here are a couple of quick reports from my recent activations: 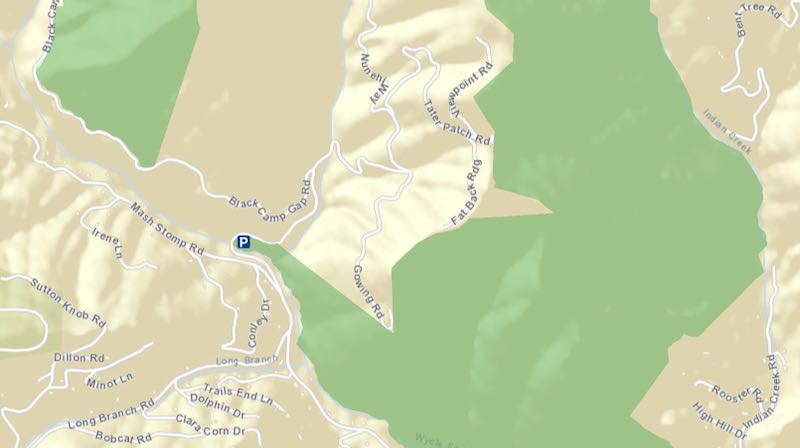 Saturday, my family had planned a trip to visit my father-in-law. My wife encouraged me to find a nearby park to activate as there are so many between our house and his. I made it slightly more challenging by deciding to find a park or POTA entity I’d never visited.

Turns out the William H Silver State Game Land was only a 30 minute detour. I had never visited it and, in fact, it was even an ATNO (All Time New One) for Parks On The Air, meaning no one had yet activated it.

I had initially planned 1.5 to 2 hours for the activation, but we were running behind Saturday morning so I had to cut my time at the park to a total of about one hour–which included set-up, operation, and take-down. 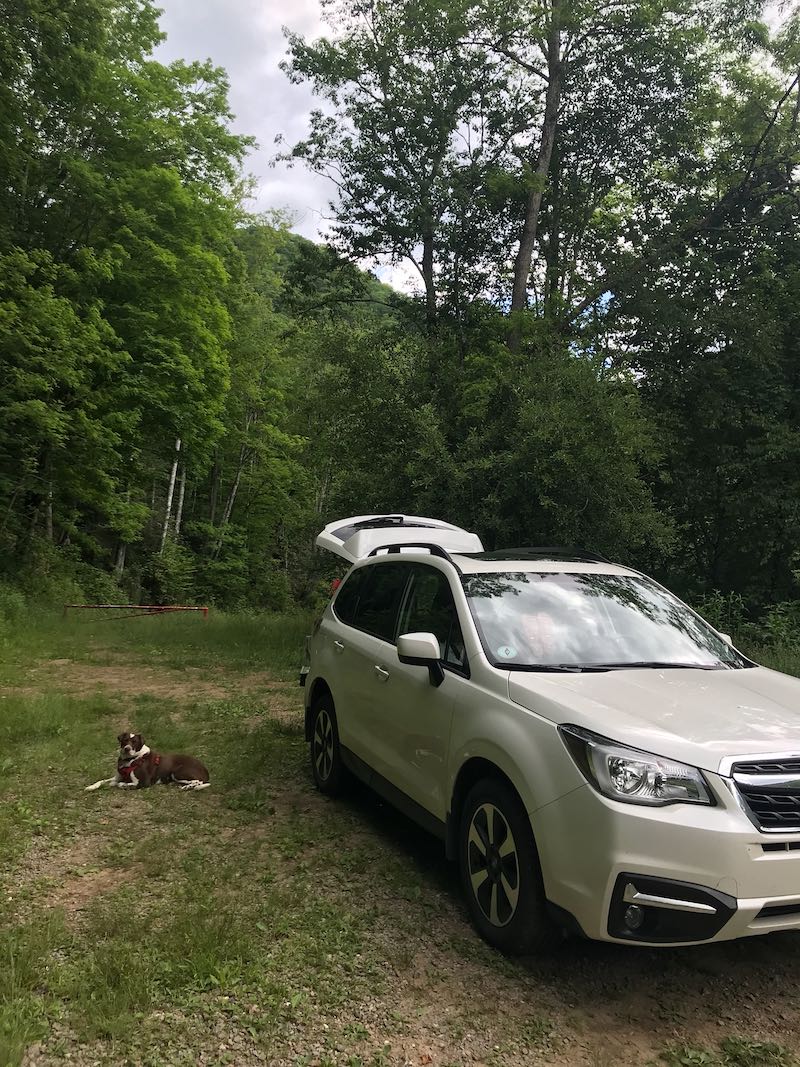 We arrived at the site and I immediately deployed my EFT Trail-Friendly end-fed antenna.

My 12 year old daughter (who is studying for her ham radio license and is a great at digging callsigns out of the noise) helped me log contacts. I stuck with very brief exchanges so that I could work as many stations as possible. When activating an ATNO, I always want to give as many POTA “hunters” as possible the best opportunity to put the site in their log books.

I started on the 40 meter band and worked 20 stations in 25 minutes with the Xiegu G90. 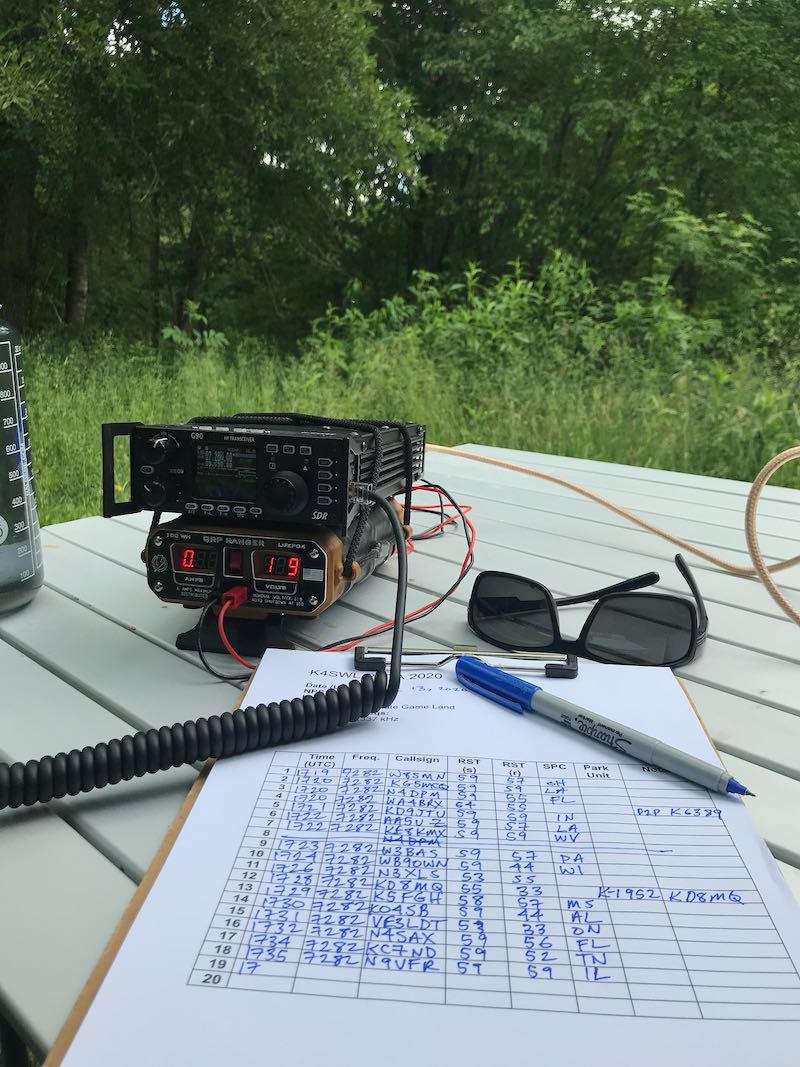 I then moved up to the 20 meter band and switched over to the Elecraft KX2. 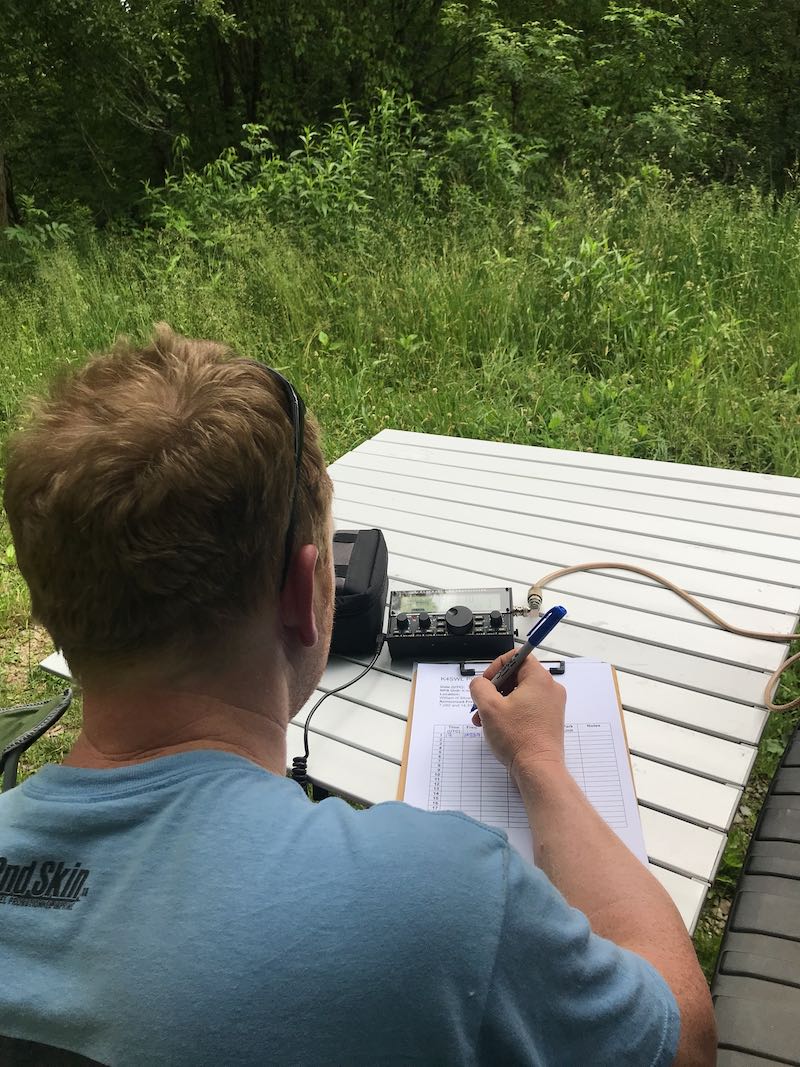 Turns out, 20 meters was pretty unstable, so I worked very few stations. I did work a station in California with 10 watts and a wire, though, so I’ll still call that a success.

I plan to visit this same site again later this year–it’s very accessible. 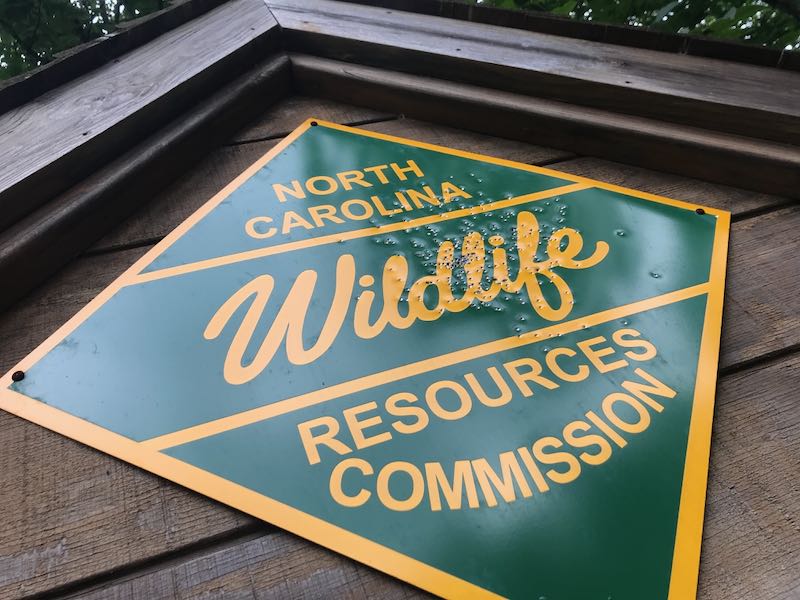 Monday morning, even though the weather outlook was dodgy, I scheduled another park activation which, like Saturday’s, was at a state game land which was another ATNO. 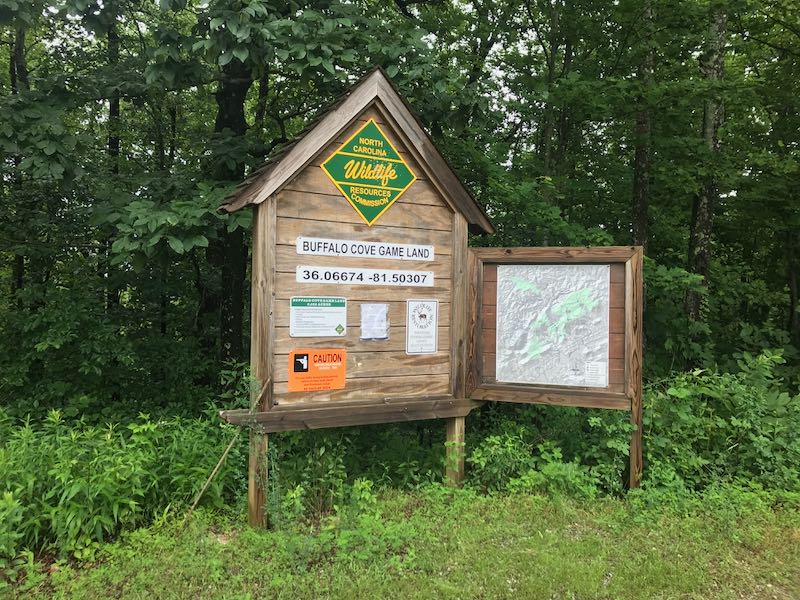 I like game lands. Unlike state parks, I don’t have to worry about crowds and I also usually get to take my Subaru or truck off-road. Access roads here in the mountains are typically steep, curvy, and washed-out in places. Finding the site can be very challenging, too. Still, I love adding a little off-road fun to a park activation! 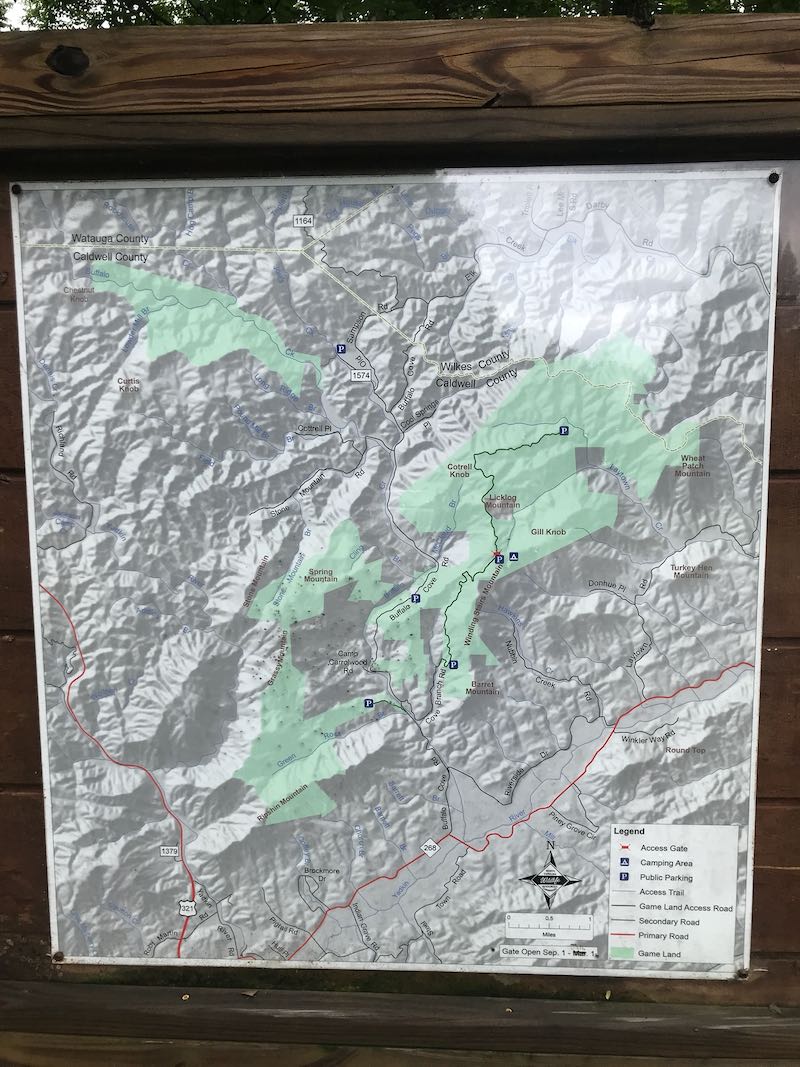 The Buffalo Cove State Game Land is much larger than park K-6967 (above). I drove deep into the lands and found a large parking and camping area for hunters. I had the whole place to myself, so I found the best tree to support my end-fed antenna. 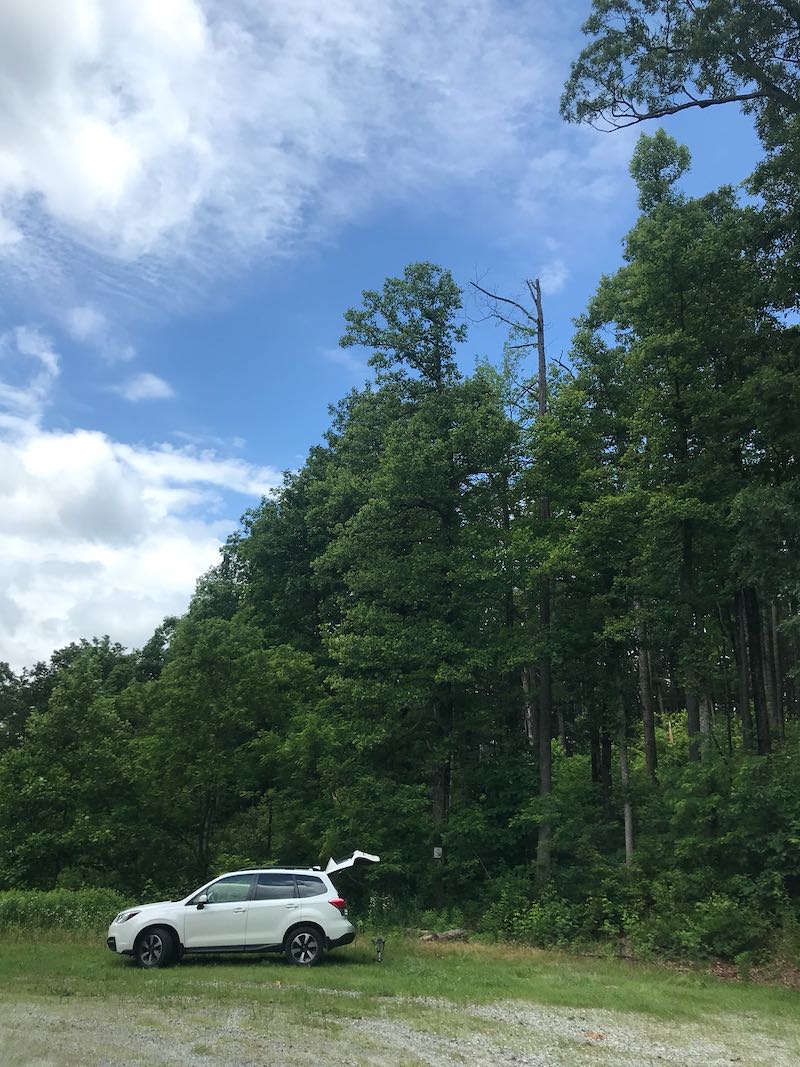 I operated the KX2 exclusively on this activation because I wanted to use its voice keyer and my Heil headset for hands-free VOX operation.

In the course of 90 minutes, I worked 51 stations from the trunk/boot of my car. 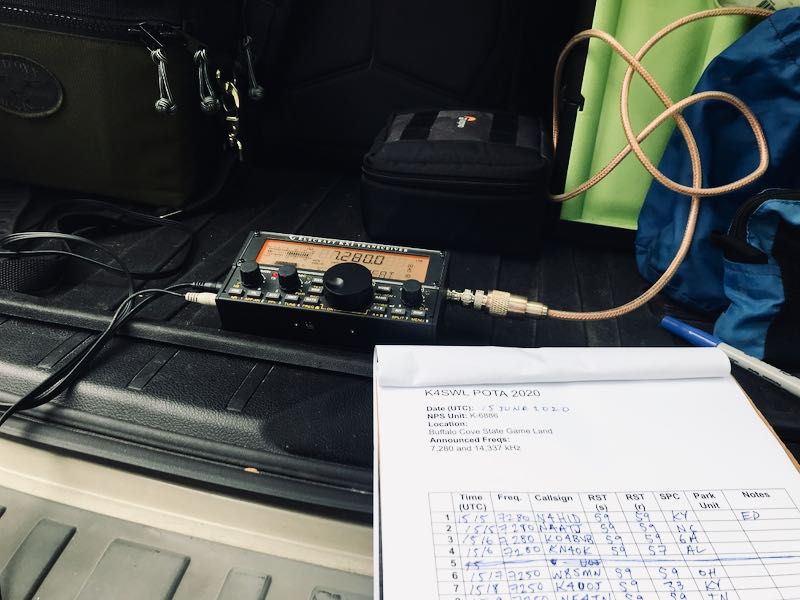 Many thanks to my good friend Mike (K8RAT) who made the whole process much smoother by spotting me on the POTA site.

Band conditions were actually pretty rough today, so I was very pleased with the results and intend to return here for a weekend activation later this year as well. This would actually be an ideal location for making low-noise portable SDR recordings while camping overnight.

This weekend, I decided I want to increase my portable field antenna arsenal. More about that in a future post!