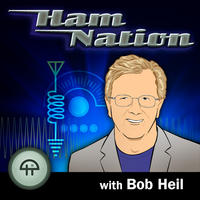 As a big fan of ham radio and an avid listener of the TWiT network, I’m pleased as punch that Leo Laporte has asked Bob Heil (K9EID) to host a show called Ham Nation.

I spoke with Bob about the new show at the 2011 Dayton Hamvention.  He has many ideas and a lot of enthusiasm and energy to put into Ham Nation.

His first line up? None other than Joe Walsh WB6ACU and Dave Jennings WJ6W. Bob also has plans to use future shows to give Leo Laporte radio lessons so he can obtain his Tech License.This could be a first for ham radio and leveraging the listenership of the TWiT network, could bring a lot of newcomers into the hobby.