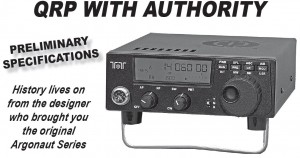 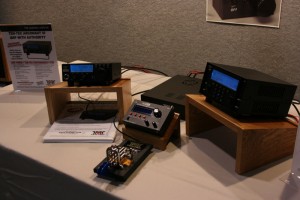 Along with the newly released specs of the Ten-Tec Model 539 Argonaut VI transceiver, Ten-Tec has kindly provided QRPer with a spec sheet of their new Model 418 100 watt solid-state linear amplifier.

This versatile amp shows promise, and may turn out to be a really big seller for Ten-Tec. Perhaps their biggest.  Here’s why:

Ten-Tec will announce the price of the Model 418 at the Dayton Hamvention this Thursday. We look forward to that, and once announced, will be sure to post it here, same day.

In my case, for example, this would be a very useful product. Though I primarily operate QRP, I do on occasion like a shot of extra power, such as when conditions are bad or I’m trying to bust through a particularly heavy pile-up. I rarely–if ever–run more than QRP when operating portable, though. The Model 418 could plug into my K2/10 while in the shack, and I could pump up the wattage as needed. It would also work with any future QRP rigs I may buy. When operating Field Day with my club, I could take the K2 and ‘418, which would give me a 100W transceiver without adding the 100W module to the K2, thus keeping the K2 lighter for my portable operations outside of Field Day.

Yep, as you’ve guessed, I want one already…!

Again–just to be clear–this is not idle speculation; the facts I’ve posted above, including the spec sheet, came directly from Ten-Tec today. We appreciate that Ten-Tec has provided us with the spec sheets for the Model 539 and the Model 418 prior to the Dayton Hamvention, exclusively for QRPer readers. Thanks, fellas! 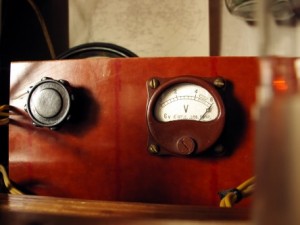 Once upon a time I’d decided to join a Big Guns Gang and made a Super-Duper Powerful Vacuum Tube QRP amplifier for my 800mW QRPP homebrew telegraph vacuum tube transceiver “3T” (I promise to write a separate article or two about this three tube transceiver project later). It was not an easy decision to me because for that legendary time I’d almost a year used the QRPPpower of less than a watt[…]

Read Andy’s full article here. Make sure to browse the many other articles he has published–his attention to design detail is simply inspiring.