The new location is smaller than the previous location and instead of consisting of one large showroom space, the new location consists of several smaller rooms. (Indeed, the new layout reminds me the layout of one of my all-time favorite bookstores, the Book Loft in Columbus’s German Village neighborhood, which now has 32 (!) rooms of books. No, Universal Radio’s new store does not have 32 rooms!) As can be seen in the following photographs, these rooms are densely stocked. Universal Radio still offers all the items that were available in the previous store location. Of course, just as at the previous, larger, location, some items aren’t on immediate display but are available upon request. 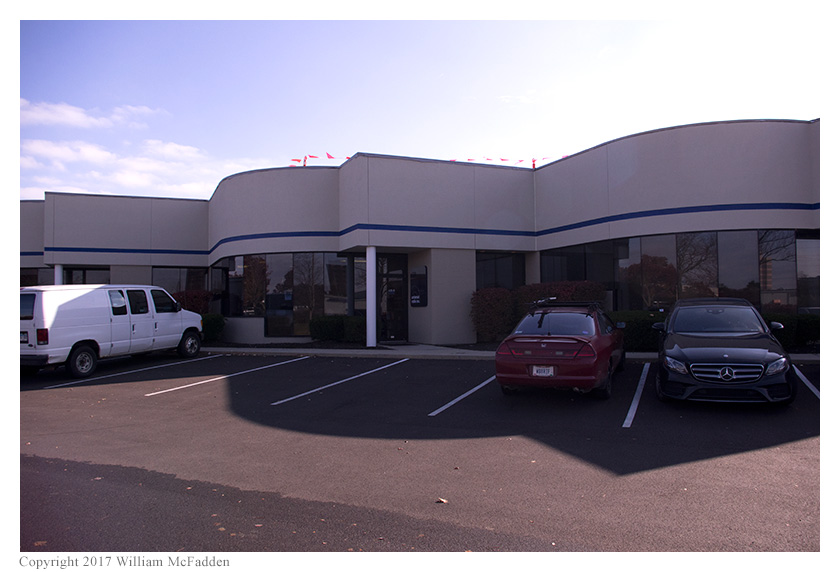 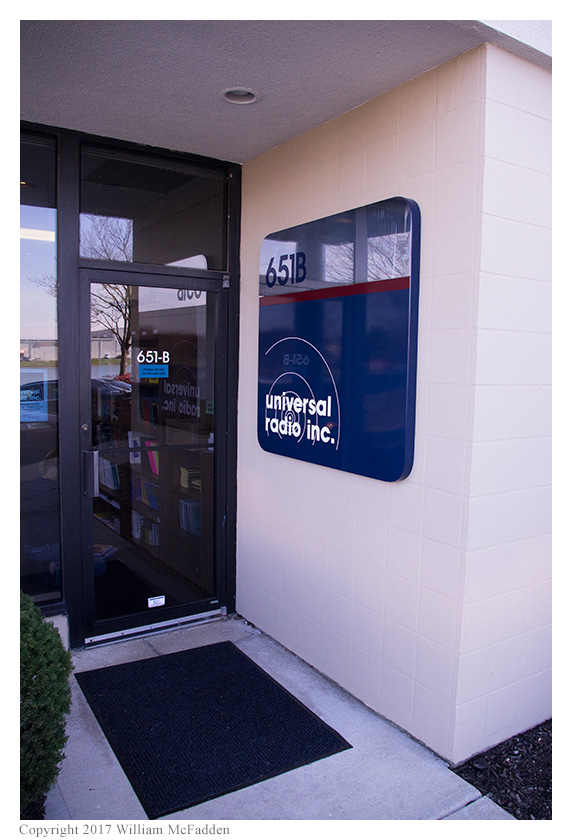 The sign and entrance to the new Universal Radio store. 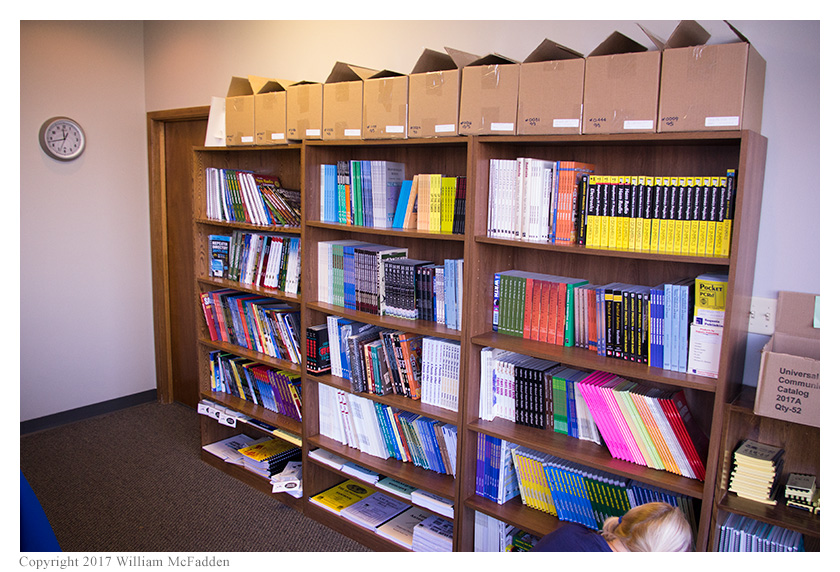 Immediately upon entering the store, one will find hundreds of book titles. Here, Barb is stocking the shelves with the newest, just-released, “The Worldwide Listening Guide”. 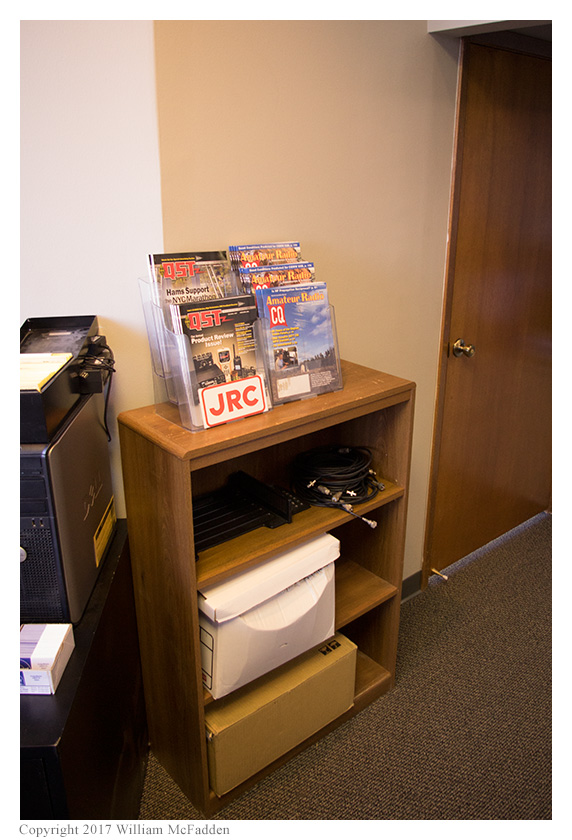 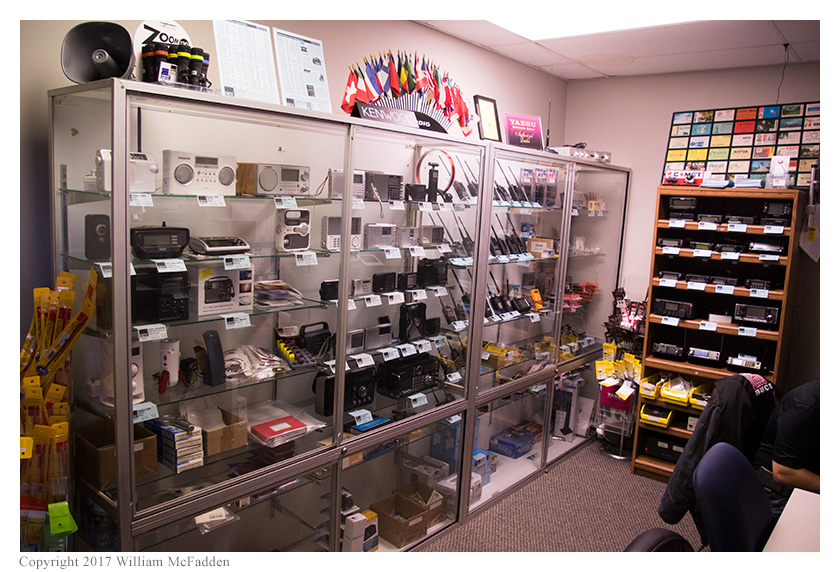 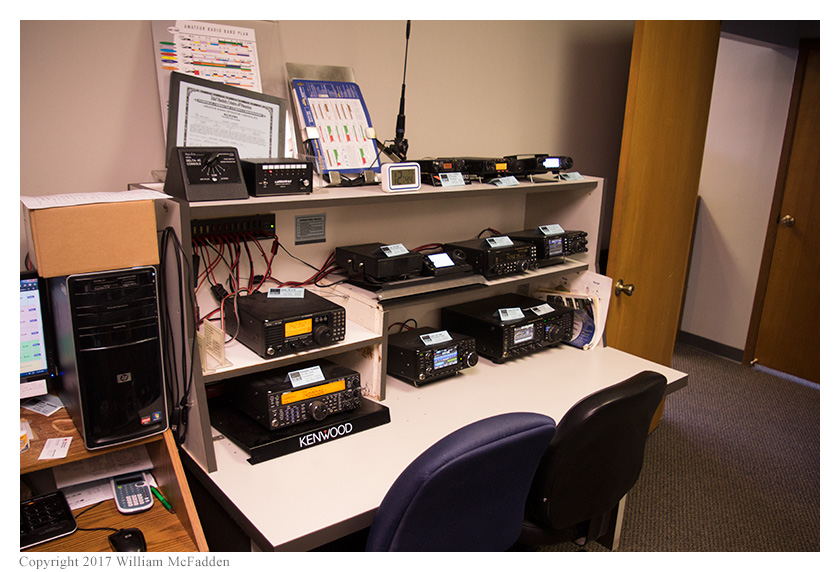 In the same showroom, the HF transceivers, available to operate. 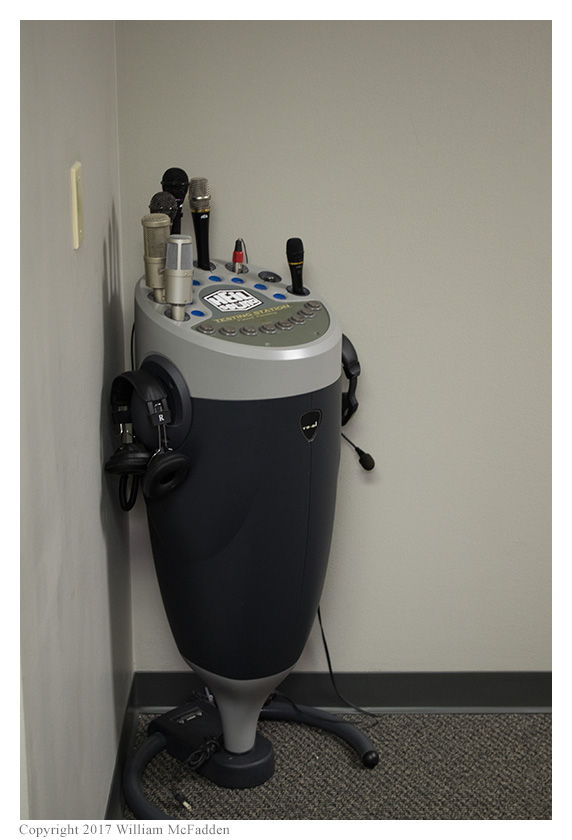 The Heil microphone and headset display. 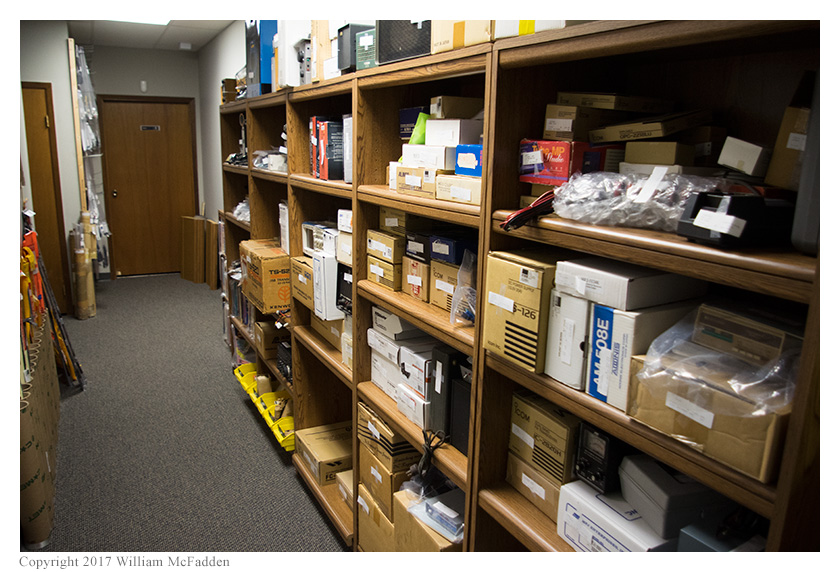 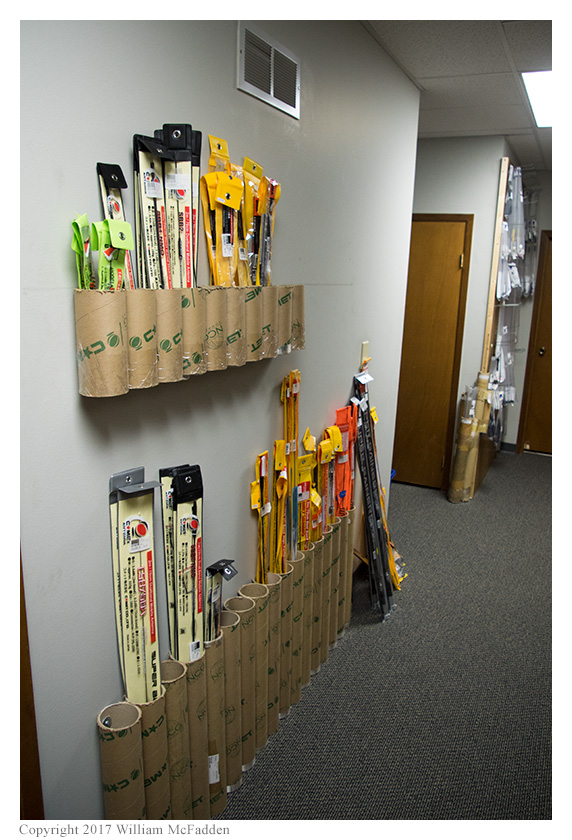 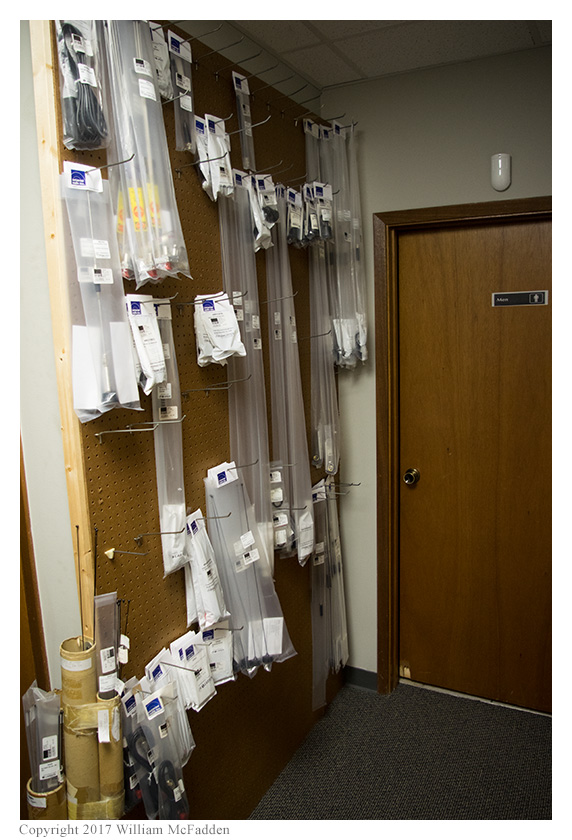 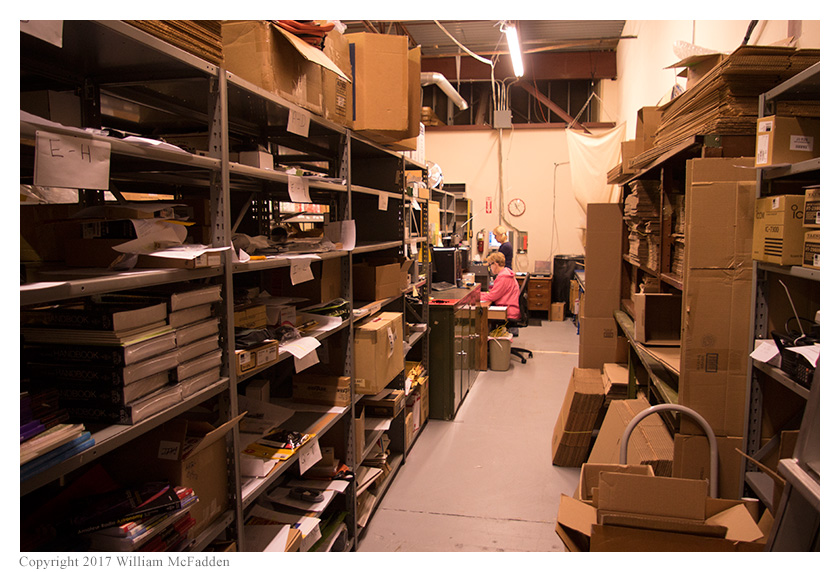 Just as with nearly any other modern retailer, Universal Radio’s bread-and-butter is internet and telephone orders. This is just a small portion of the new warehouse and shipping area, with Barb and Cathy busily filling orders. 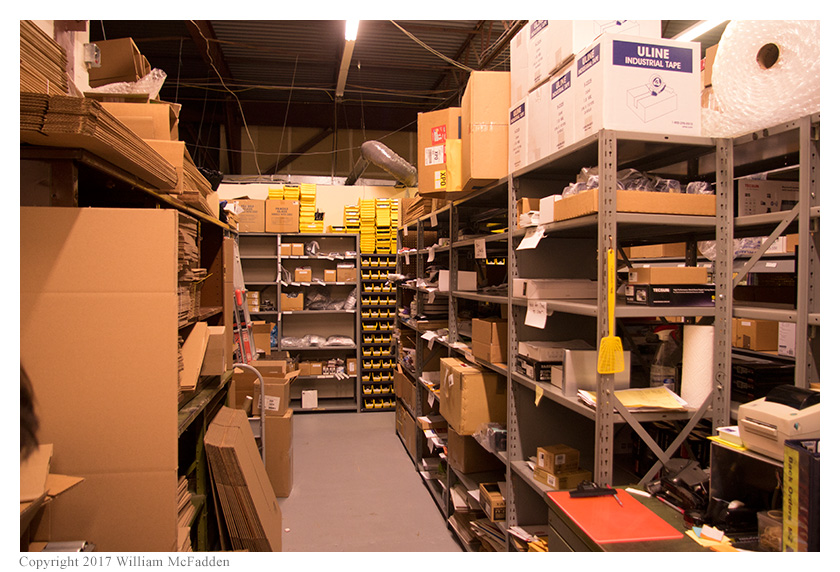 A small portion of the warehouse and shipping area. 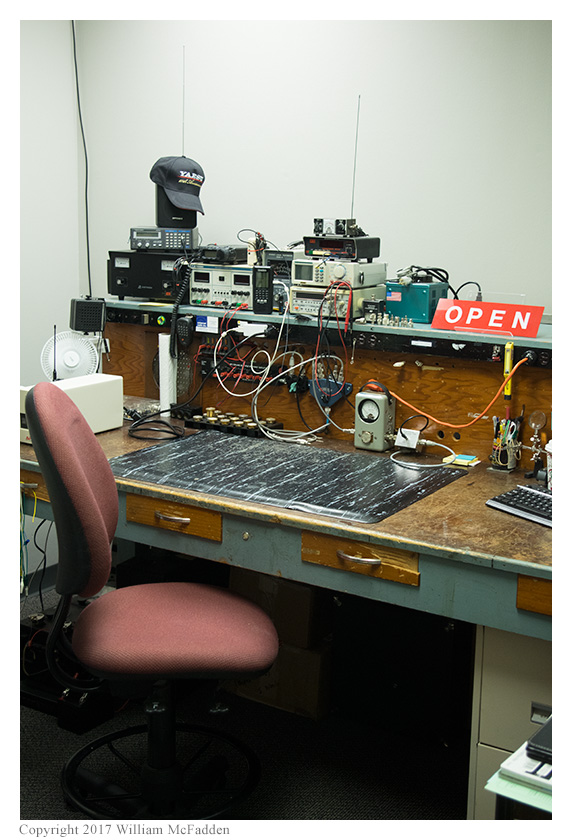 Just as at the previous Reynoldsburg location (and at the even earlier Aida Drive location), the new Universal Radio store is home to several cats which, sadly, I neglected to photograph.

The new store is staffed by the same friendly and helpful people we’ve come to know from the Americana Drive location. During this visit, I saw and spoke with Josh, Eric, Barb, and Cathy.

This entry was posted in News and tagged Eric McFadden, Universal Radio, WD8RIF. Bookmark the permalink.