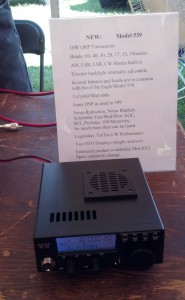 At the Ten-Tec hamfest today, I just happened to stumble upon the new, as yet un-released Ten-Tec Model 539 QRP transceiver.

The footprint is very similar to the Elecraft K2, while its height is slightly greater  than the Yaesu FT-817. It’s very lightweight and certainly backpackable.

The Ten-Tec folks I spoke with said that the current requirements may be as low as 250 mA on receive–though they’re not yet certain.  When I asked John Henry (Eagle and OMNI VII firmware author) about the receiver performance, he mentioned that the receiver board is the same as the Eagle’s, and performance is likely to be somewhere between that of the Eagle and the Jupiter. There is some compromise on a receiver optimized for backpacking and QRP field ops.  Nevertheless…wow.

Ten-Tec hopes to take pre-orders at the 2012 Dayton Hamvention. They also announced a companion 100 watt amp for the new QRP rig (see separate post). The amp, however, will work with any QRP radio on the market.

I honestly believe this may be a transceiver worthy of the Argonaut lineage.

Thank you, Ten-Tec; you listened. 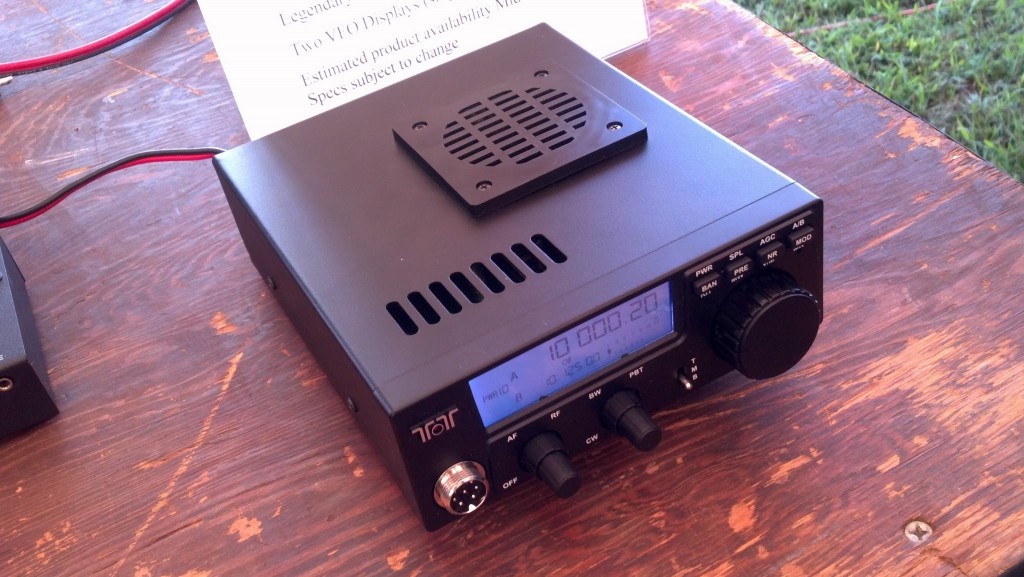 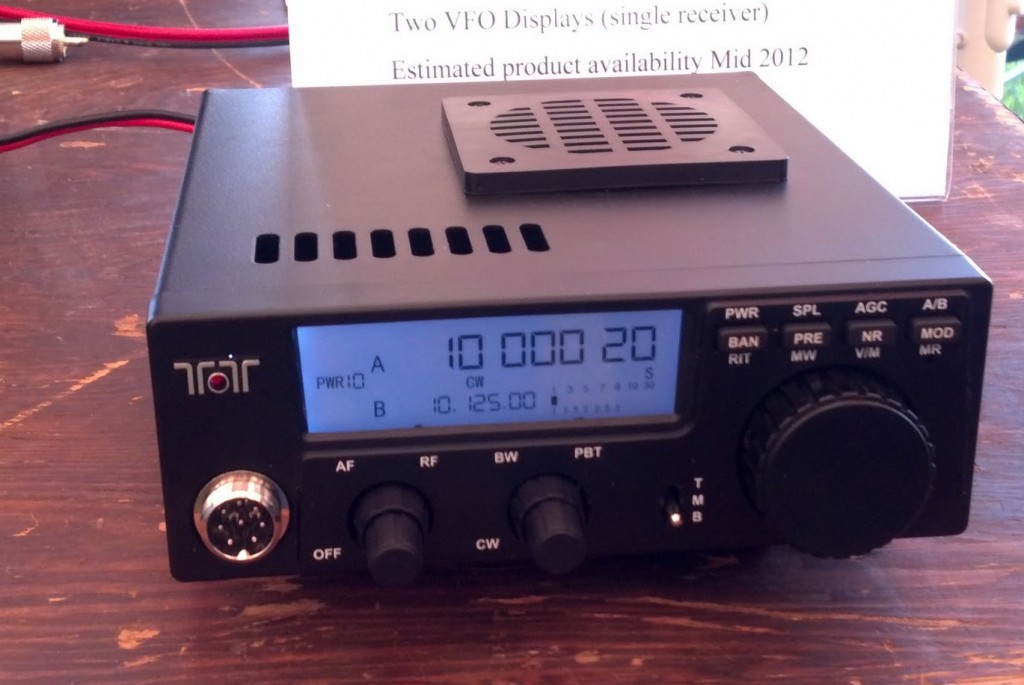 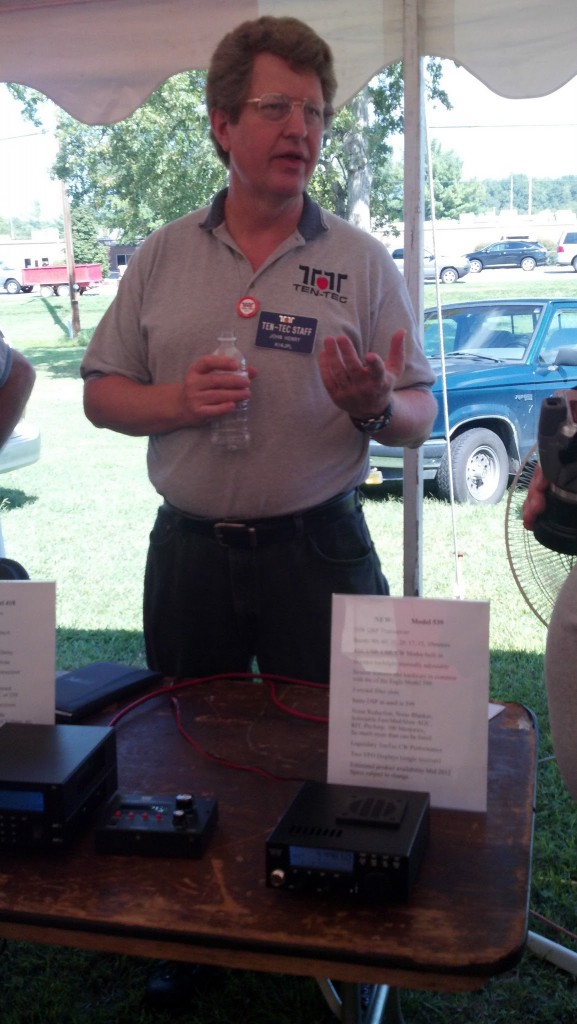