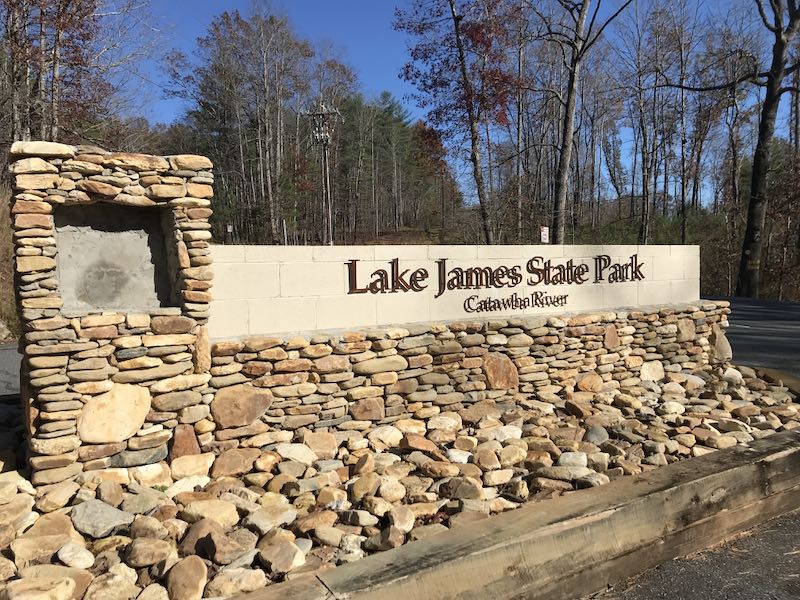 I didn’t plot this activation in advance, so had to work with what I had in the trunk/boot of the car.

I did a quick inventory and found my Chameleon CHA MPAS Lite vertical antenna packed and ready to deploy. (I always have an antenna tucked away in the car because…well, because!)

In terms of radios, I had the Icom IC-705 and Elecraft T1 antenna tuner packed as well. Woo hoo! A perfect combo! Let’s go! 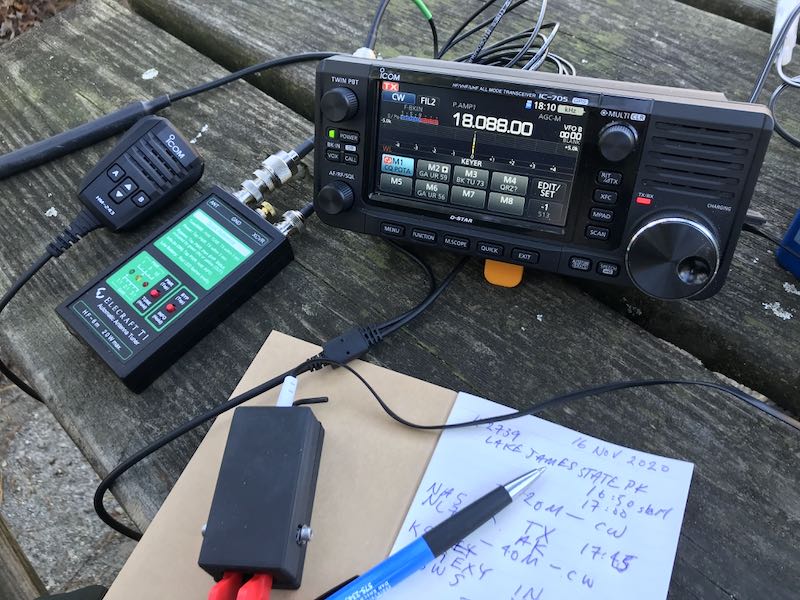 It was blustery and cold Monday morning due to a front that moved through during the night, so it was no surprise that the picnic area was completely void of (sane) people.

I found a picnic table on the bank that was relatively sheltered from some of the stronger gusts moving across the river. It was still quite windy, though, so I propped the MPAS Lite field pack on the table to provide a bit of a wind break for my log book.

Setup was quick. I don’t think I needed more than 4-5 minutes to have the CHA MPAS Lite deployed. This is one of the advantages of field portable verticals. The disadvantage? Verticals aren’t the most effective antennas in this part of North Carolina where ground conductivity is so poor. Still…I knew I could at least grab my ten needed contacts to have a valid POTA activation. 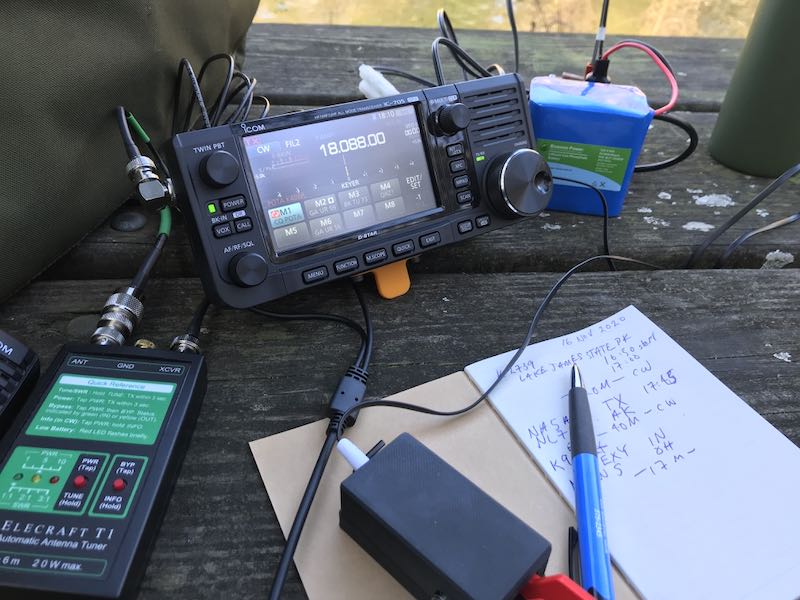 I won’t lie: it was slow-going.

For one thing, it was 11:00 local on a Monday morning–not exactly a prime time for a park activation.

I first tried making some SSB contacts on 40 meters and spotted myself on the POTA network. I managed to log 5 hunters in 30 minutes. With patience and time, no doubt, I could log ten SSB contacts, but I didn’t have time to wait, so I moved over to CW.

Oddly, the higher HF bands were in better shape than 40 meters that morning. One of my first contacts was NL7V in Alaska on 20 meters. A most impressive contact with 10 watts into a vertical.

I was on the air a full hour and did manage to log a total of 10 contacts. I’m certain if I would have deployed a wire antenna I would have had even better luck. Indeed, had I thought about it in advance, I could have actually deployed the MPAS Lite as a random wire antenna. (Doh!) That’s one of the great things about this antenna system is that it can be configured so many different ways.  Next time… 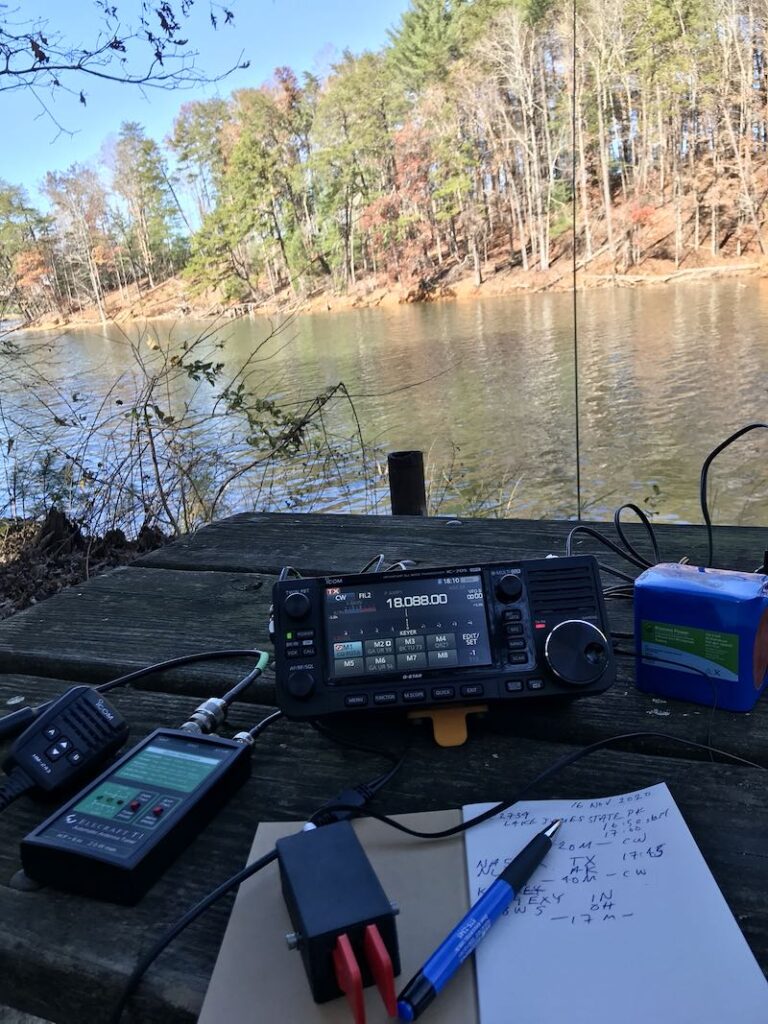 Still…I thoroughly enjoyed my time at Lake James State Park. I’ll make this detour again in the near future.

The Icom IC-705 continues to prove its worth as a superb little POTA transceiver!