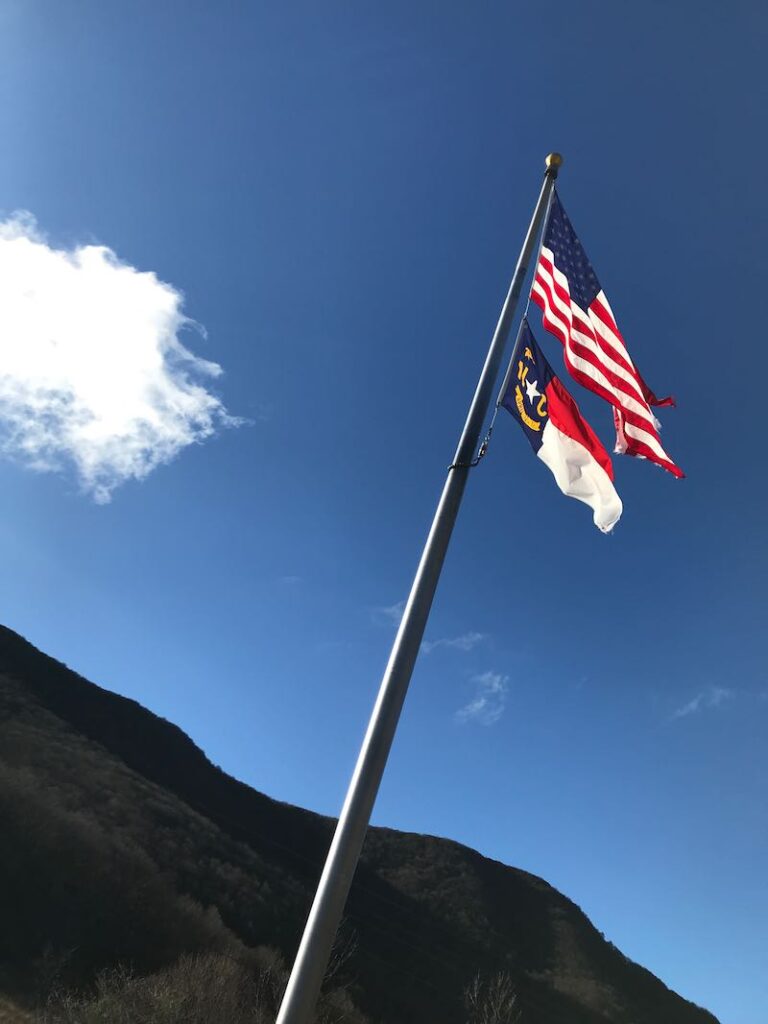 Yesterday, I *finally* activated two parks that have been on my list for most of the year: Elk Knob State Game Land (K-6903) and Elk Knob State Park (K-2728).

The game land had never been activated which I found quite puzzling since it seemed to be accessible based on my maps and was only 1.5 miles from (actually adjoining!) a state park which has been activated a number times.

Turns out, there’s a good reason it hadn’t been activated. 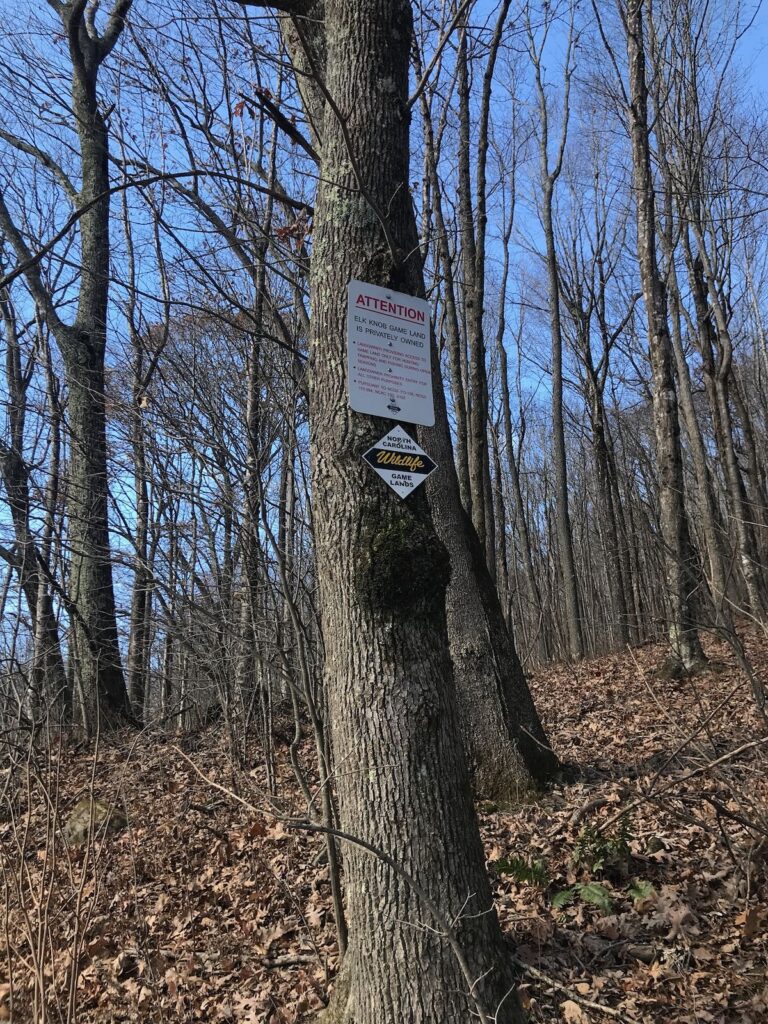 Upon entering the game land parcel, you’re greeted by the sign above which states that while the game land is a public resource, it is private land and the owner only allows hunting and trapping on it. First time I’ve ever encountered this.

This meant that I really couldn’t cross the barb wire fence that lined the one lane dirt road to activate the park in the woods (which I would have preferred).

Fortunately, I found one pull-off in the middle of the game land road. It was just wide enough to fit my car so that others on the road could pass me without a problem. It was rather tight, though. 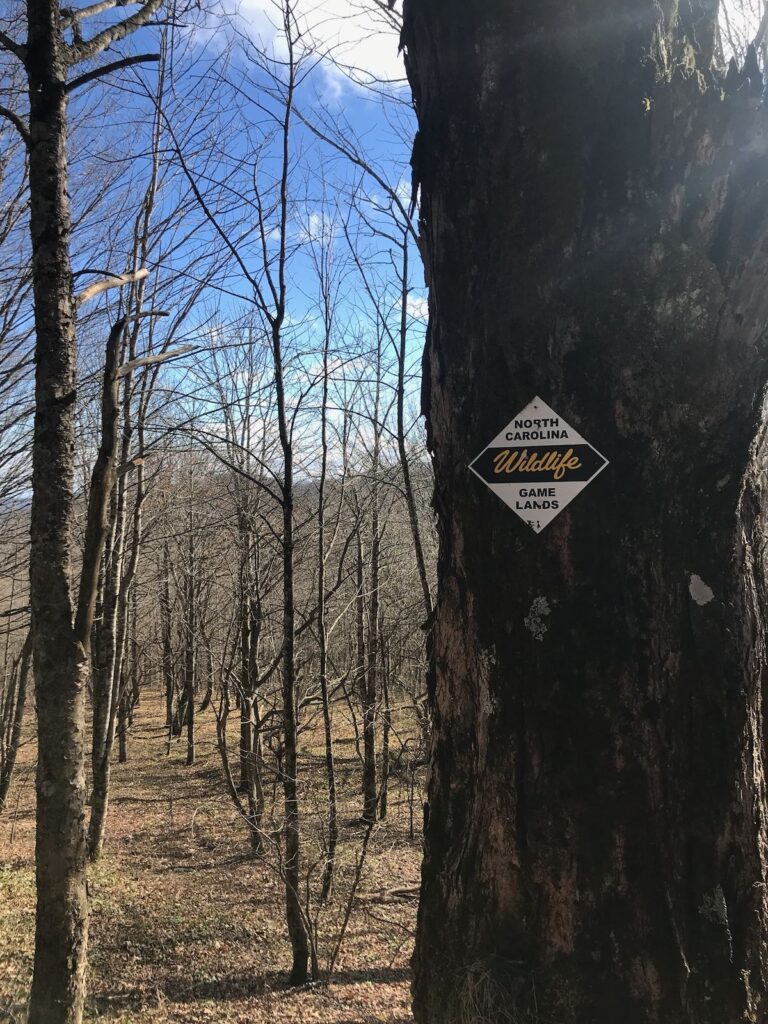 Since I didn’t want to use a tree on the game land to support my antenna, I employed the Chameleon CHA MPAS Lite 17′ vertical.

I pushed the MPAS Lite spike into the ditch of the road and ran the counterpoise along the ditch as well. All was within the road right-of-way, yet within the game land so I felt it a proper compromise respecting the land owner’s wishes while still being able to activate the park. 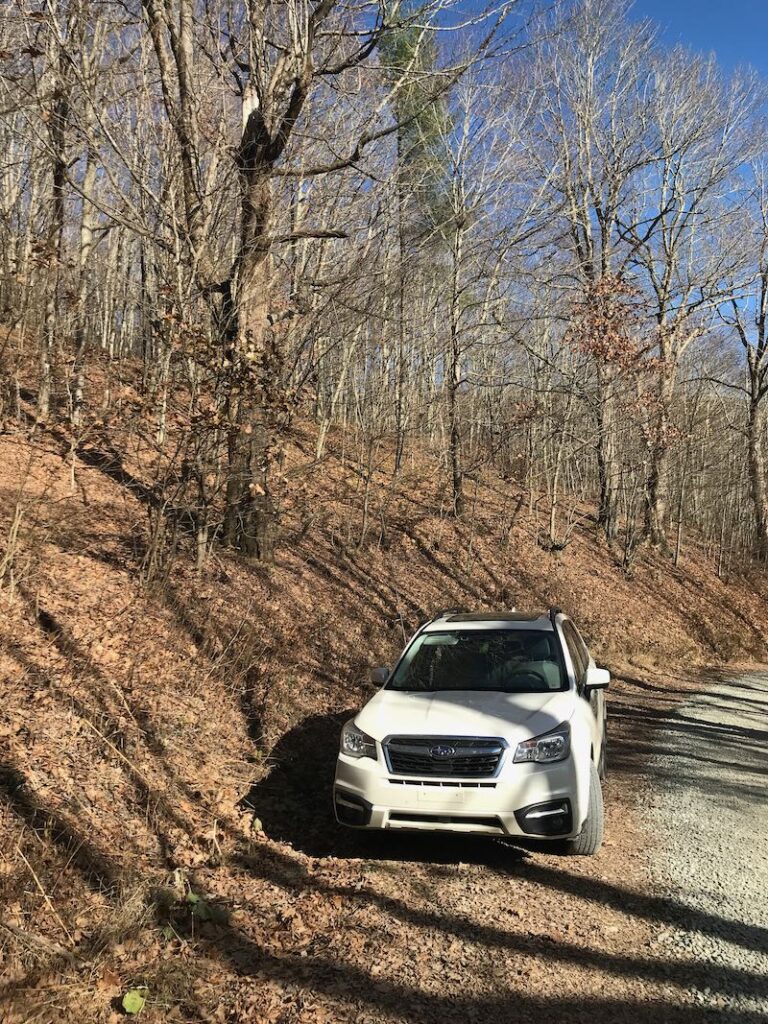 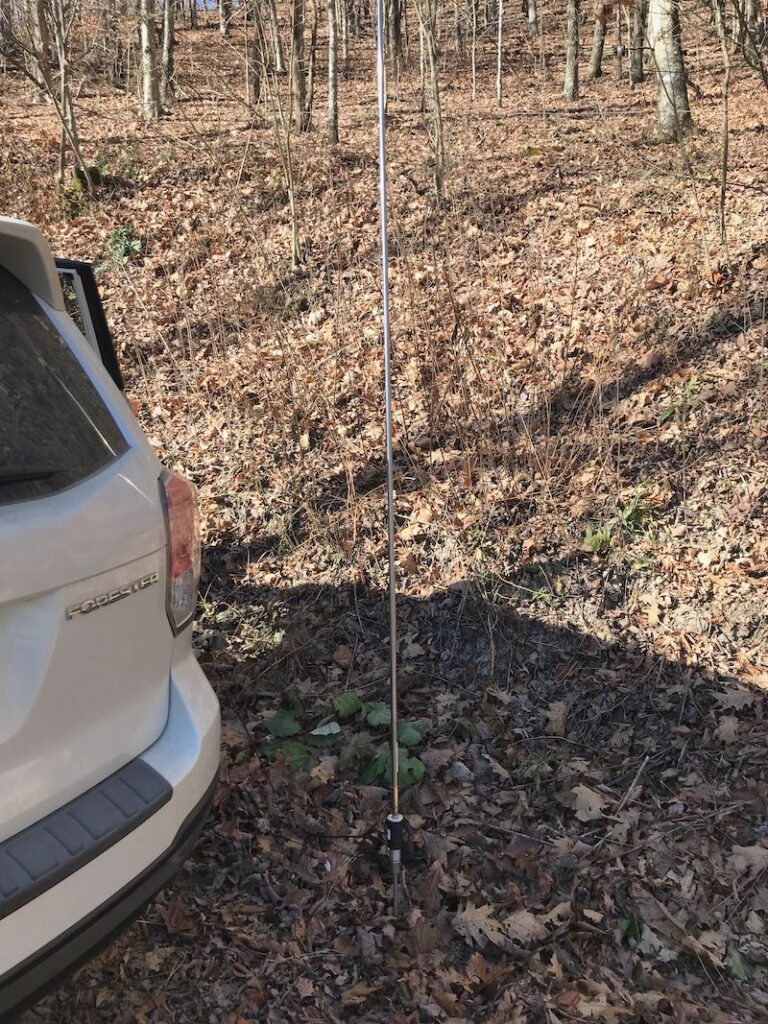 For this activation, I chose the Elecraft KX2 since I had such a limited space in the back of my car to both operate the transceiver and log.

The great thing about the KX2 is it’s such a complete & compact package: it’s a transceiver, with an internal battery pack (that allows 10 watts of power), a built-in ATU, and attachable paddles. Everything easily fits on my clip board which then functions as an operating table. 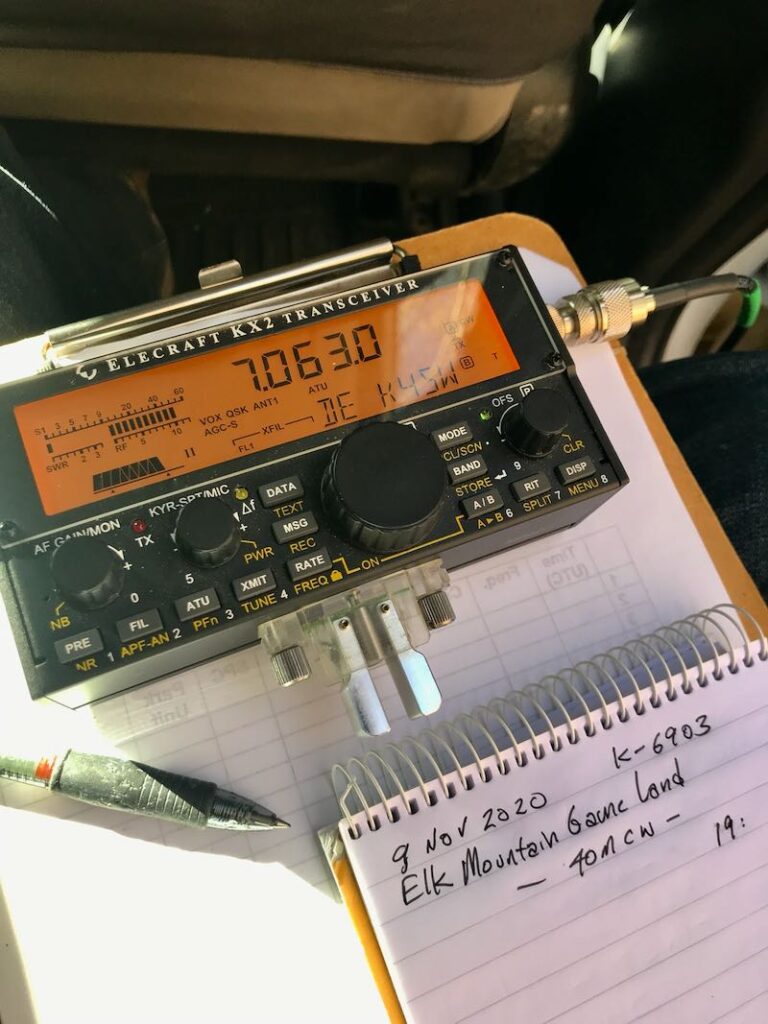 I started calling CQ POTA and was quickly spotted to the POTA spots page via the Reverse Beacon Network (RBN). 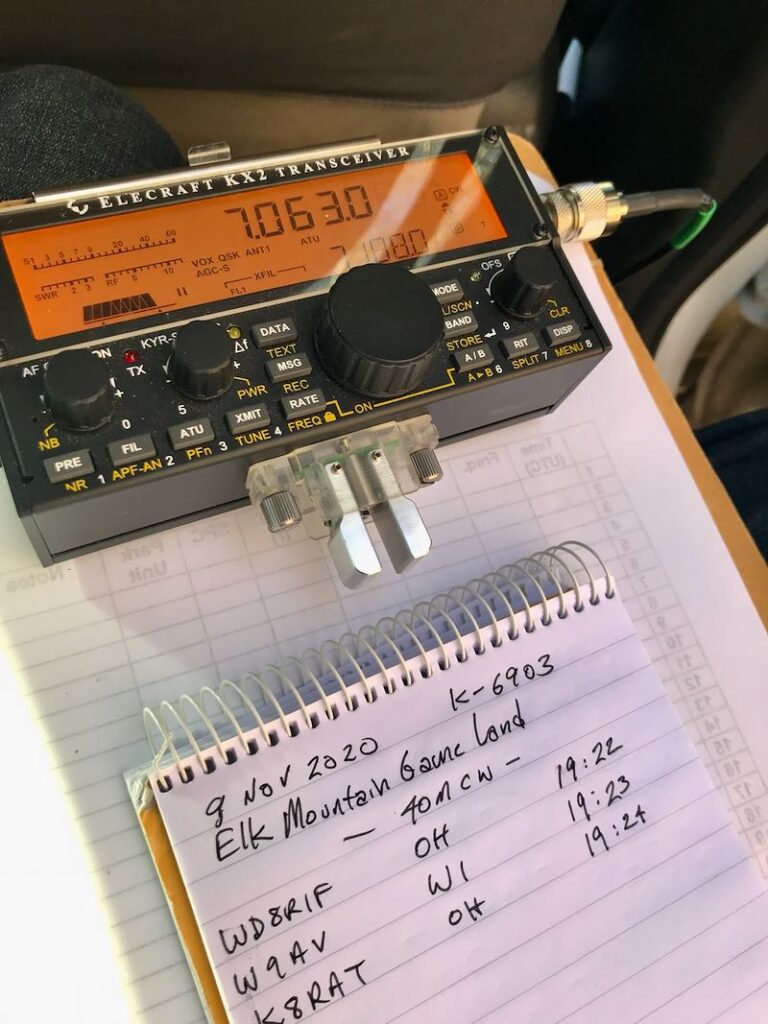 I very quickly logged a number of stations in CW, but did eventually reach one road block when one of the contact posts in my KXPD paddles loosened. I’ve had this happen before. Thankfully, I keep precision screwdrivers in my EDC bag, so could make the fix. Unfortunately, it took me off the air for a good 5-10 minutes and I lost my pile-up. 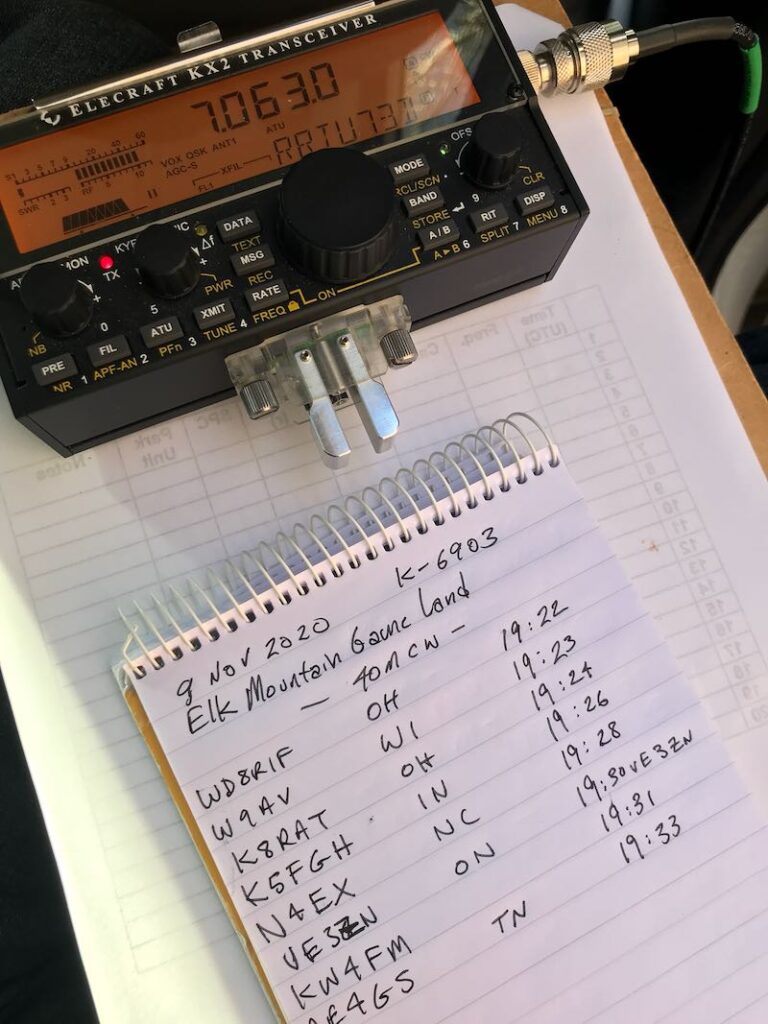 I eventually changed modes and called CQ a few times on 40 meters phone.

In the end, I only logged 13 contacts. Certainly the smallest number I’ve ever had at an ATNO (All Time New One). I felt I had to cut it short, though, as cars/trucks had to slow down to pass me. Twice I was asked if I needed any help (assuming my car had broken down).

I was very grateful to have the CHA MPAS Lite antenna in my arsenal, though. I have few other antenna options that would have worked so effectively in such a tight space. 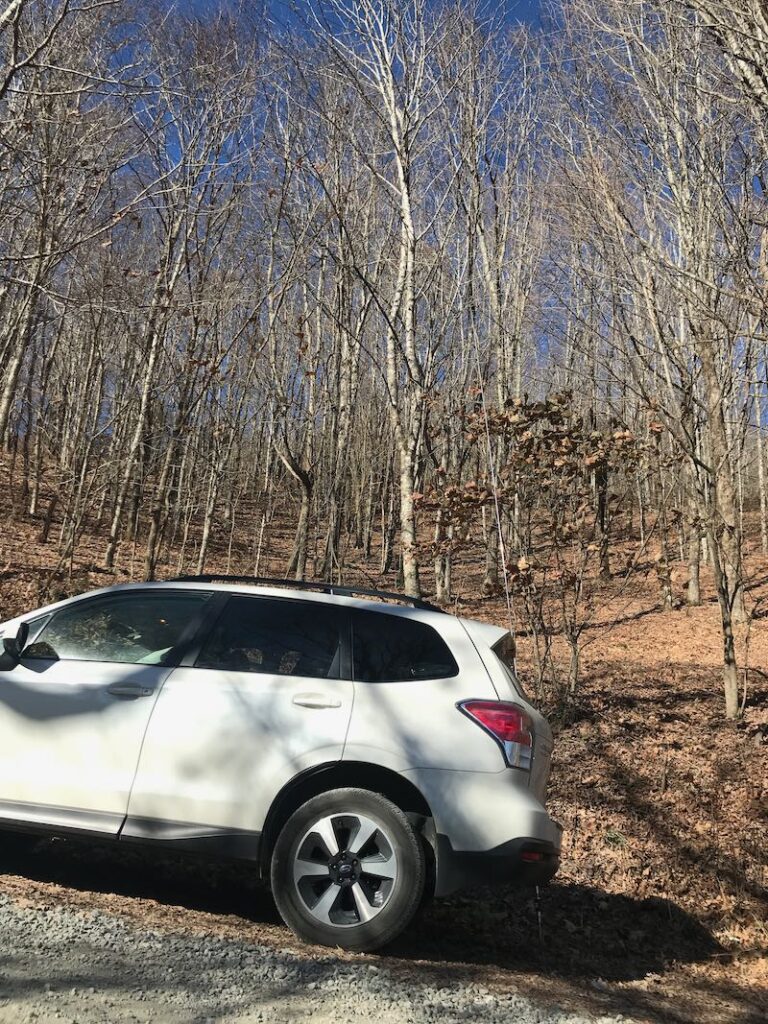 The MPAS Lite is also incredibly stealthy. I’m not sure many passersby even noticed it.

On to the next park! 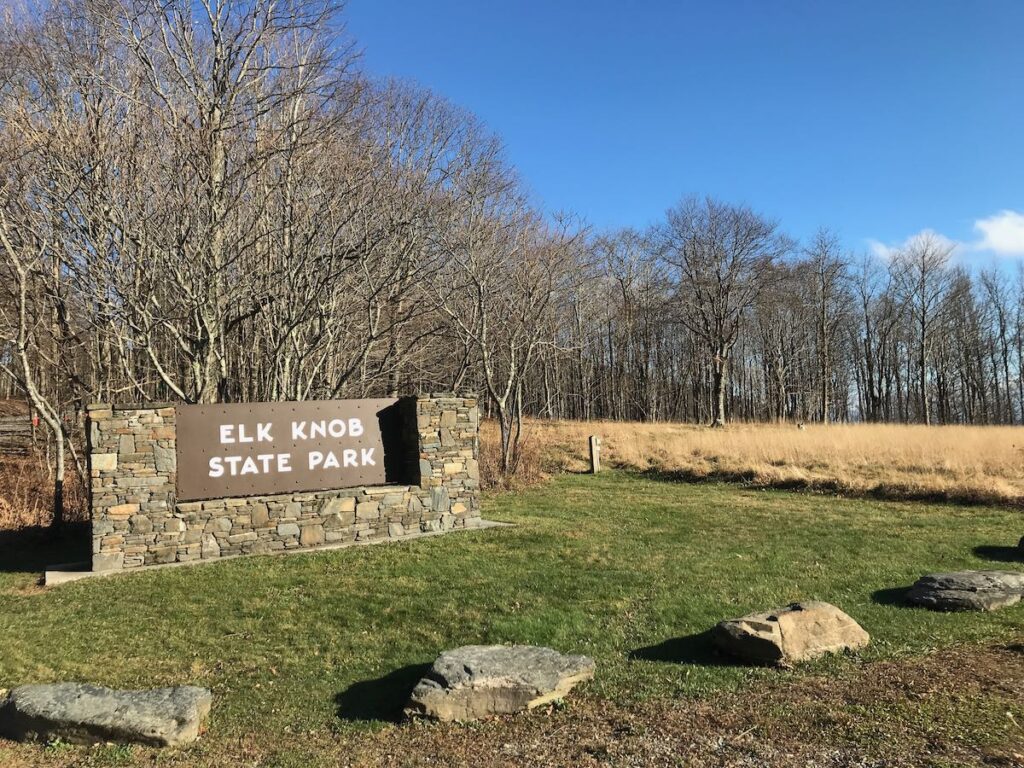 This was my first visit to Elk Knob State Park and I was most impressed. Not only is the park gorgeous and quiet, but the picnic area is expansive, well-spaced, and there are numerous large, old-growth trees. Absolutely perfect for POTA purposes.

Since I had the luxury of these tall trees, I decided to employ the CHA Emcomm III Portable which has quickly become my favorite field antenna. When I have the space, I use it because it gives me 160-6 meters and is easily matched by all of my antenna tuners.

Since I had a great picnic table surface to operate, I also used my Icom IC-705 transceiver and Elecraft T1 antenna tuner.

So turns out, I didn’t take a lot of photos of my site because I used my iPhone to make a video of the activation. 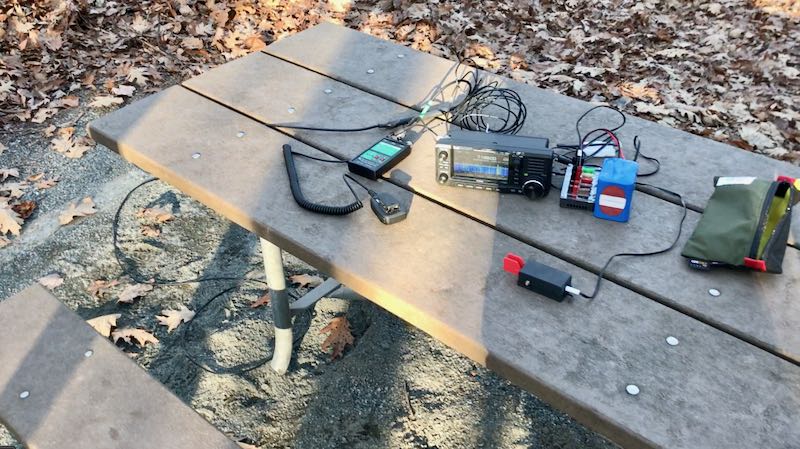 On YouTube, I’ve been encouraged by viewers/followers to continue making real-time, real-life videos of some of my park activations. These videos have no edits and are what I would generously call “Ham Radio Slow TV.” 🙂 The idea is the viewer is simply joining me as I set up and operate at a park–as if they were there with me in person. I hope there’s some value in these videos for newcomers to Parks On The Air. 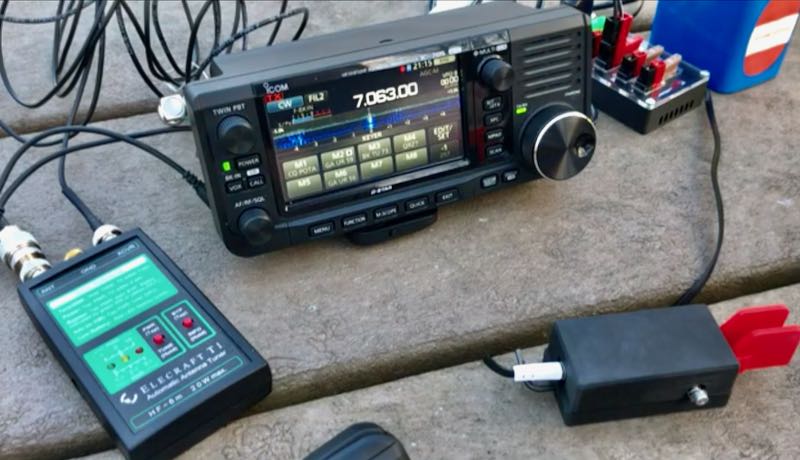 The video ended up capturing the whole activation from start to finish. If you need something to put you to sleep, check it out:

All in all, it was a brilliant day and I’m pleased to have finally activated these two POTA sites.

It was a particular treat to discover Elk Knob State Park. I can’t wait to go back there to camp and to hike their trails.

Perhaps this is one of my favorite side benefits of Parks On The Air: it gives me a reason to explore state parks I might have otherwise overlooked. We’re huge supporter of state and national parks, so it’s truly a win-win!

8 thoughts on “POTA Field Report: A Tale Of Two Parks (And Two Antennas)”